Richmond-born Chef Matt Price is one half of the dynamic duo behind Everybody Eats, a just-launched fine dining tour combatting hunger. 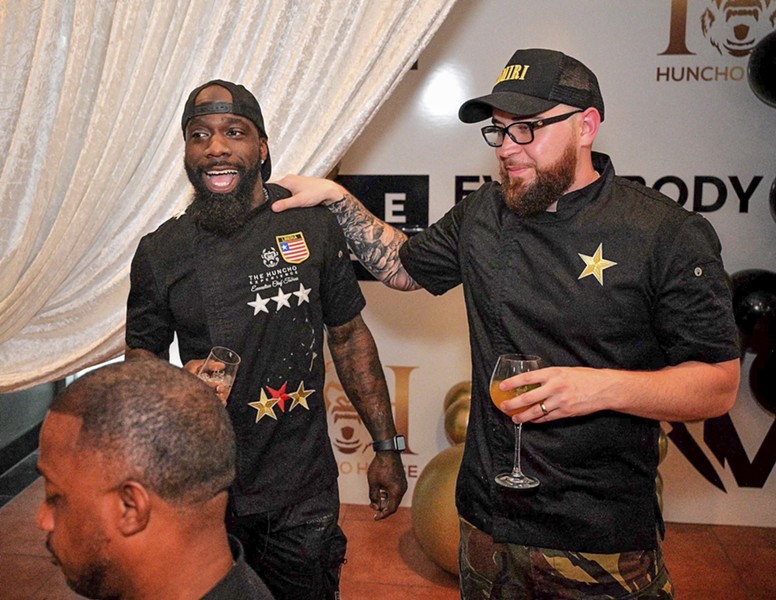 Food is a function of human commonality and culture, fulfilling physical needs and often social ones, too. Those who gathered for the DMV-area premiere of fine dining tour, Everybody Eats, left with those needs satiated, surely.

The concept is part-entertainment, part-fundraiser, and wholly delicious, says Price, affectionately known on the social media streets as Mr. Make it Happen.

"[Everybody Eats] is about people coming together to enjoy really good food prepared with love, and helping others eat, as well," says Price, whose self-described stoic personality belies his intense passion for culinary creativity.

An auburn-bearded, self-taught chef, Price regularly regales his virtual audience of more than a million Instagram and YouTube followers with detailed directions to prepare his mouth-watering, original recipes. He dubs his culinary style "comfort food with a kick." The menu of the inaugural dinner, held July 15 at inside restaurant incubator Flavor in Hyattsville, Maryland, reflected Price's penchant for comforting dishes and seafood. 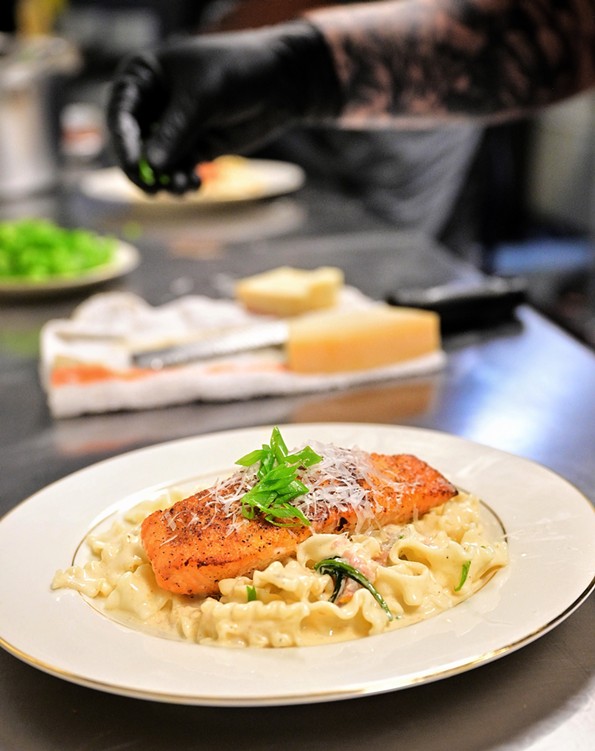 Guests dined on decadent, deeply flavored mains like red wine-braised short ribs risotto, and enjoyed an array of seafood, including she-crab soup rich with sherry and cream, and king salmon perched atop mafaldine pasta coated in garlic-truffle sauce. Lots of libations rounded out the meal, which wrapped with a simple, delightfully familiar dessert, crème brulée. 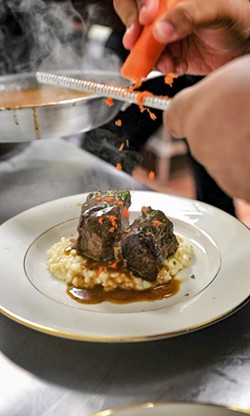 When he's not in front of the camera, Price often cooks lamb chops at home, his wife's favorite food. When he visits Richmond, Price chows at Fat Dragon, Jamaica House, or Bookbinders. Wherever he is, his mind stays on good food.

Born and raised in Northside, Price says food was an element that brought his family together amid many challenges.

"We didn't have a lot of money when I [was] growing up, and I didn't have the best relationship with my parents, but I learned to love cooking from my dad," Price explains. The last time he saw his father, two weeks shy of his death, father and son cooked a meal together one last time, a memory Price says he cherishes.

His hard knocks background influenced Price to funnel some of the proceeds from Everybody Eats to students who face the same difficulties he did as a youth.

"I was the kid that would go to a friend's house and eat them out of house and home," he says with a small grin, admitting that his family faced food insecurity at times. In addition to supporting youth mental health organization, Active Minds and Feeding America, Price says ticket sales will contribute to a "school lunch money fund" at his alma mater, Henrico High School, and at schools in Newport News, near his current homebase in Virginia Beach. Tickets are $250 each, and beyond food and drink, include a $25 Uber code, ensuring guests get home safely.

Price, also an e-cookbook author and creator of a seasonings line, plans to host a back-to-school event in the region soon. The national Everybody Eats tour currently includes stops in Houston, Atlanta, New York City, Los Angeles, and Miami; plans for a Richmond event this fall are in development.

Corrections: We fixed a name type-o in the photo caption for Chef Dorzon, also the date of the first dinner was July 15, not July 22, and Chef Price grew up in Northside not Eastern Henrico. Style regrets the errors.