If the Paycheck Protection Program won’t save independent restaurants, what will?

How much does it cost to save a restaurant?

More importantly, what does saving a restaurant mean to neighborhoods, cities and lawmakers?

The application portal for the Paycheck Protection Program opened more than a month ago. The program, part of a $2 trillion stimulus package, is a loan specifically designed to provide incentives for small businesses to keep workers on the payroll.

Less than two weeks after launching, the $350 billion lending program, known as the PPP, ran dry.

“We had about 1,000 people apply that first day, it was water coming over the dam,” says Village Bank’s chief executive, Bill Foster. But it was lucky — the bank is very familiar with Small Business Administration loans and its web-based system, E-Tran. It could upload applications as fast as it was receiving them. In a span of 13 days, Village Bank approved 911 loans worth more than $155 million, impacting more than 16,000 employees, workers as varied as hair stylists and security system installers. 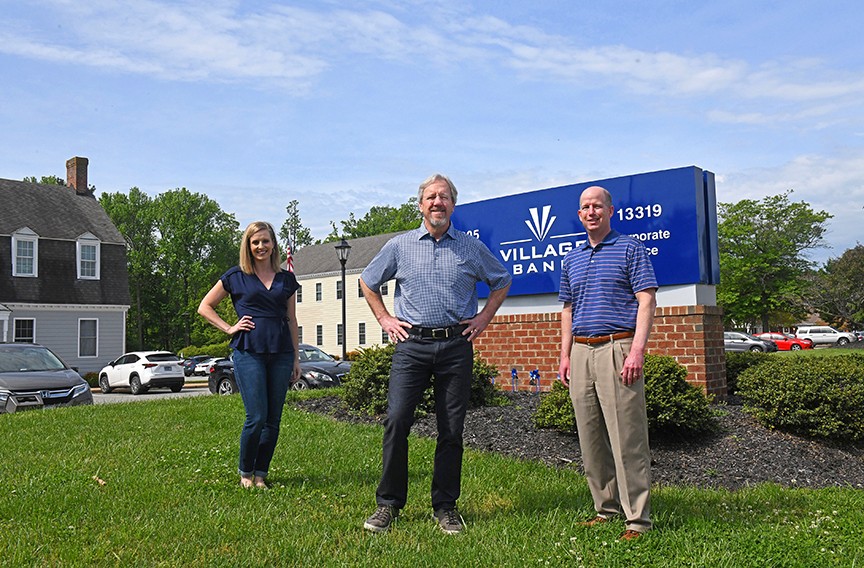 “We were notified at 6:30 p.m. Friday, April 3, I had my application ready to go by 7 p.m.,” says ZZQ owner Chris Fultz. Ten days later, the barbecue joint had its funding plus a $10,000 small-business disaster-relief loan. “Our bank [Atlantic Union] was amazing,” Fultz says. “They were incredibly communicative. I was in direct contact with one of the senior VPs every other day.”

The second round of applications opened April 27 after Congress approved $310 billion to be added to the program. This time around, the guidelines for applicants are the same: Small businesses with fewer than 500 employees per location can apply for as much as $10 million that, if approved, is administered in the form of a two-year loan with 1% interest, with no payments due for six months. The size of the loan is based on 2.5 months of average payroll from the previous 12 months.

In addition, this second round of funding will allot $60 billion to smaller and midsized financial institutions, which, in theory, will more directly assist small businesses that tend to work with these smaller banks.

“Ideally, it’s a grant with strings attached,” Foster says of the loans.

The government’s printing money for those truly in need should be a boon for all applicants. But as Foster says, there are strings attached.

“The government is telling us to close and rehire at the same time,” says Kevin Liu, owner of the Tin Pan, Carytown Cupcakes and the Jasper. Liu says he was at his bank during the early stages of the shutdown, gathering all necessary documents. Like Fultz, he applied for program and has since received and disbursed the funds.

“We’re in a position where we’re digging through the language asking, ‘How can I benefit myself, the company and people without breaking any rules?’” Liu says. He admits that yes, it’s nice to have the government send him money. But he must be very careful what he does with it to avoid irreparable debt damage. 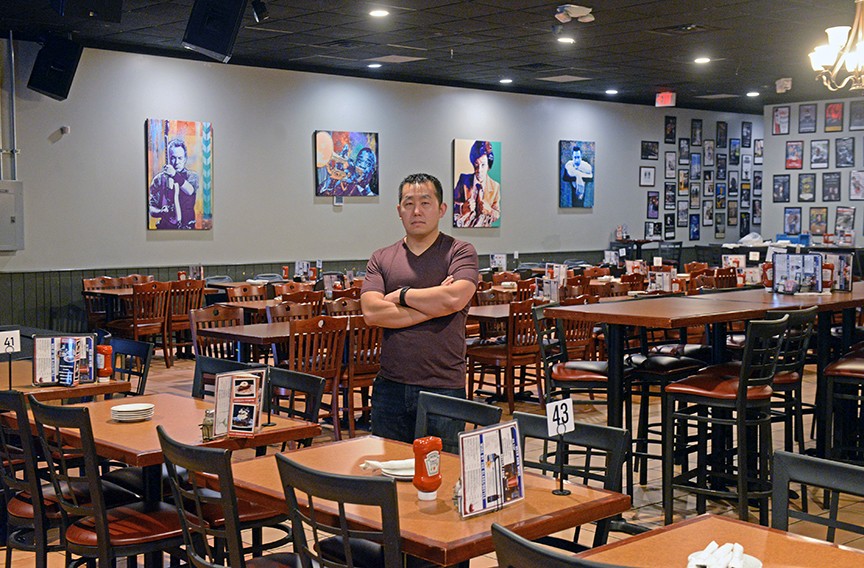 As currently written, the guidelines state that for the loan to be forgiven, 75% of funds must go to a company’s payroll costs, including health care coverage and wages. This is a departure from a larger government relief program, which does not require such stipulations. So, if a company has already laid off all of its employees, it has until June 20 to rehire all of them — every dollar of the loan that isn’t spent is a dollar, plus interest, the business owner will need to repay.

Again, this drives home the incentive for employers to keep their workers and hopefully keep down unemployment, which has risen to 26.5 million Americans and counting.

“I think everyone agrees that the lifeline of PPP is a very quick way to affect unemployment numbers,” Patrick Phelan says. “But without us operating it’s kind of irrelevant.”

Phelan owns 60-seat fine dining restaurant Longoven. It suspended all operations March 14 and the chef applied for PPP funds mid-April. “I think a lot of owners, it just came down to well ‘I’ll get in on round two and figure it out later,’” Phelan says.

The Independent Restaurant Coalition, of which Phelan is a member, has started a petition urging Congress to make some essential changes to the program, including extending the maximum loan amount to three months after restaurants can legally reopen and increasing the time restaurant owners have to repay their loans.

Another request — separate from the PPP — is for a restaurant stabilization fund, which the coalition and Phelan say is critical to the recovery of independent restaurants. The group writes “With a $50-$100 billion reinvestment, independent restaurants would be able to navigate local and state closure mandates, hire back our employees, and survive for the future as patrons return to dining out in restaurants again.”

Coalitions and grassroots movements like the coalition and Richmond Restaurants United are working around the clock to detail the nuanced issues of the restaurant industry to legislators at every level.

“The 75/25 rule was not part of the legislation,” says U.S. Rep. Abigail Spanberger, who represents the state’s 7th District and who has been very vocal about the tweaks she thinks current guidelines need. “It was a rule added by the SBA. The challenge here is that all businesses are different — some are staff-heavy, some are infrastructure-heavy. Folks with smaller staff, just by virtue of what they do, [the loan] may not be forgivable for them.”

U.S. Rep. Donald McEachin, who represents Virginia’s 4th District, says he hears the restaurants loud and clear. When asked about how he will ameliorate this bleak situation, McEachin writes: “The timeline for PPP loans must not begin until restaurants are able to legally and safely open, and we need to extend the maximum loan amounts to three months after restaurants are operating at full capacity.”

But, Spanberger points out, “economic and pandemic-focused public health aside, we need to acknowledge that customers may not be there, especially for businesses like restaurants, bowling alleys, movie theaters, places where people go to spend time.”

Perch chef and owner Mike Ledesma has been incredibly creative and flexible when it comes to redefining his business model without gathering. Perch created its own curbside pickup window early in the shutdown; Ledesma has played host to virtual dinners with wine pairings and pajama brunches with mimosas. He’s leaned into corporate box lunches, too.

And yet he’s still only generating around 20% of what his usual revenue is — the dedication to the to-go model is heartening, but it won’t save his business.

“We’re all entrepreneurs and talented chefs and we’re all dying a slow death right now, it’s painful to watch,” Ledesma says. “I’m looking for grants, sales tax breaks, any kind of stimulus program to help me get through the next three months.”

Like Phelan, Ledesma is in a “holding pattern” waiting for his funds. He says he wishes that on a local and immediate level there had been “more guidance and leadership.”

When asked about how it is assisting independently operated restaurants, the city cites the Richmond Small Business Disaster Loan Program which is structured, like the federal program, to help business owners keep their employees on payroll.

Officials also point out that they’ve proposed tax amnesty that would “waive penalties and interest on late payments for most taxes for the remainder of the fiscal year,” relaxed parking regulations to facilitate curbside pickup, and petitioned the governor to allow carryout libations.

“I understand the city has no money,” Liu says. “I just wish someone had come out and said ‘I don’t think we’ll be able to help you because we don’t have money and are waiting on federal funding,’ if someone had just said that, so we’d know where we stand.” 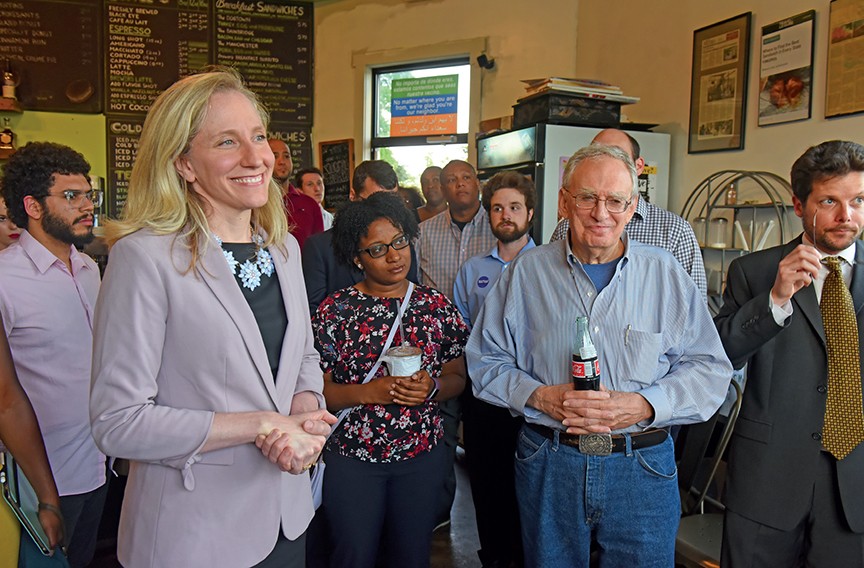 Another issue restaurant owners and small businesses in general have run into, especially with part-time employees, is that some people would rather stay on unemployment than take their PPP generated paychecks. For unemployed Virginians, nearly $1,000 a week may sound more appealing than eight weeks of pay from their old gig.

“No owner wants to be put in a position where they rat them out to unemployment,” Phelan says. “There are a lot of problems. It’s really sticky. I think people are just trying to navigate through.”

Over at ZZQ, Fultz says he hopes that his employees, and employees the world over, can see the allure of unemployment for what it is — a temporary solution.

“We’ve asked everyone to think about this in the long term, bringing everyone back to former roles and rates at the end of this.”

But is the end in sight?

“Reopening ambiguity causes a lot of anxiety,” Phelan says. “Is that June? What does that even mean in terms of what those guidelines are going to be? I’m looking at a 30-seat restaurant.”

The United States restaurant industry employs more than 15 million people. According to the National Restaurant Association, the number of middle-class jobs that pay between $45,000 and $75,000 a year in the restaurant industry grew 84% between 2010 and 2018, more than three times faster than in the overall economy.

The association also found that 63% of consumers would rather spend on an experience than purchase an item.

So how much does it cost to save a restaurant?

A recent James Beard Foundation study found that just one in five operators think they’ll be able to keep their business running through the crisis. That’s millions of jobs on the line.

“In the hospitality industry what we are, we’re basically a fancy room. And then people, people, people,” Liu says. “Yes there’s food: It tastes good but first and foremost it’s people. People are our most important asset.”

Sign the Independent Restaurant Coalition letter to Congress at saverestaurants.com/take-action.

1. Before you apply for PPP, consider all options. Yes, the idea of securing potentially forgivable money sounds great, but before you pursue program funding, be sure it doesn’t make you ineligible for funds that may better suit your business model. For example, you cannot claim a small business loan under PPP and also claim a tax credit. This Forbes article delves into the differences.

2. Work with a human, not a screen. Village Bank’s Bill Foster says when it comes to banking, “In good times and bad, have a human being that you work with who can be your sponsor and ally.” Don’t just submit your application through the portal. “This is a really critical moment in our lifetime,” Foster says. “We want to step in and bridge the gap — we outperformed the machines this time.”


3. Fill out your application completely. This may seem like it warrants a “Well, of course,” but in times of turmoil, we’re apt to rush. Bill Foster again urges — this is important. “We were able to move quickly if the applicant had given us exactly what we had asked for.” Even for those with perfectly filled out applications, Foster says it took about a week to work through the review application and another week to get it approved.

4. Be sure to list your gross payroll, which includes commissions and cash tips, but does not include employer portions of the FICA and federal taxes, says accounting director Sarah Jennings.

6. Remember what is forgiven. Payroll costs should make up at least 75 percent of your spending, the full-time employee count cannot decline from average monthly levels during 2019 or during the past 12 months, and employers cannot cut salaries or wages. Read more about the nuances of Paycheck Protection Program loan forgiveness here and here.