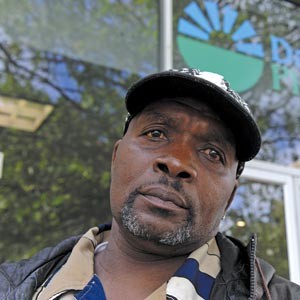 With a $1.1 million renovation unveiled last week, the longtime one-stop shop for Richmond's homeless people looks like a gleaming, modern doctor's office — and for many, that's what it's become. About half of the clients who come for medical care aren't actually homeless. Not yet, anyway.

“With these economic times … we see people who are professionals, executives who are coming to the Daily Planet,” medical director Dr. Lisa Price-Stevens says. Many clients have just lost their jobs and don't know where to go, she says. Some have a hard time psychologically coming to a homeless services agency, Price-Stevens says, but “once you get through the door, you're OK.”

Treating clients who aren't homeless can help them keep their homes, Executive Director Peter Prizzio says. It's part of the organization's strategy of “getting them before they need shelter,” he says.

The nonprofit works with Virginia Commonwealth University Health System to treat low-income clients through the Virginia Coordinated Care Program, which helps provide health care for the uninsured. For routine care, the Daily Planet is a cost-effective alternative, Prizzio says: The national average for the cost of one medical visit is $131, while the Daily Planet's average is $116. In the fiscal year ending in June, the Daily Planet counted 12,151 medical, vision and dental visits.

“I was going to MCV,” says client Euris Lee Ricks, 58, who is homeless. “I didn't know how I was going to pay for it.” Then he found out about
the Daily Planet, he says, and has returned several times to get help with his back pain, breathing problems and high blood pressure.

The Daily Planet now has four dental chairs and eight examination rooms — twice what it had before. The renovation was paid for with $700,000 of federal stimulus money, $100,000 donated by Attorney General Ken Cuccinelli's inaugural ball fund, and a capital campaign.