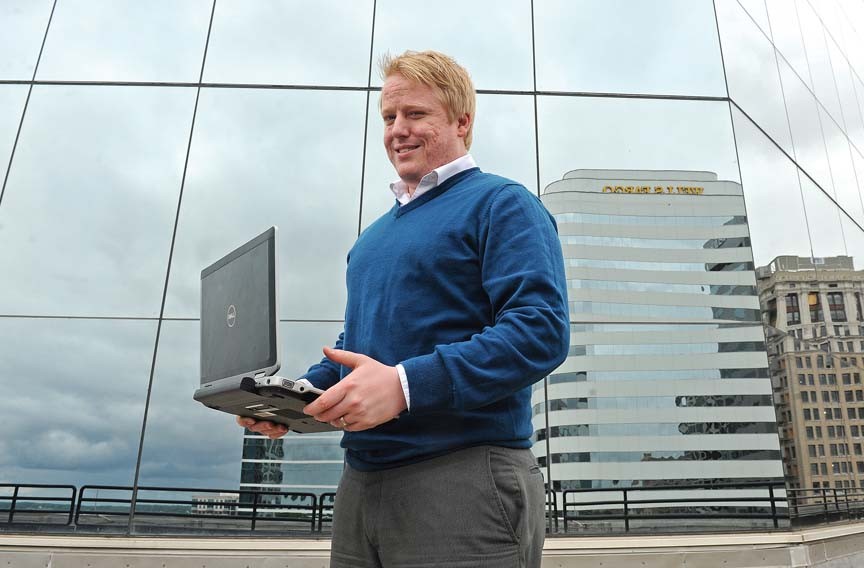 You know when you go to Belle Isle to hang out, and someone's sitting on your favorite rock, and you're like, "unh-unh"?

Inspired by the Washington Tumblr blog WheninDC, Shanks recently created one for Richmond, WhenInRVA.com, which manages to be funnier than the original — at least to our biased eyes — and already is generating lots of local buzz. It's a simple concept: A very Richmond situation + a low-res animated GIF = retweetable giggles.

Shanks, 25, is a Richmond native and an e-advocacy and digital media specialist at McGuireWoods Consulting.

Style: Do you have a favorite post that you've done so far?

Shanks: Absolutely. The friendliest plague of all time: inchworms.

Was that the one that really got people talking and linking and laughing about it?

I think actually the one that got picked up the most momentum, initially: A bunch of VCU students started retweeting and reblogging the "When I find a parking space near VCU on the first time around the block." But by far the most popular one has been the "When someone asks if I want to go to Short Pump on Saturday."

Have you been tracking your traffic?

This only started a week from last Saturday, [April 12]. … I cued up a bunch of posts and didn't really expect much to happen from it. And then all of a sudden, Friday I started getting some mentions on Twitter, and people were trying to track down who started it. And so I installed Google Analytics. I really only have data from the last couple of days.

Why do you think it has struck such a chord?

I think that this is a burgeoning time of pride for Richmond. For a long time we've been a growing city with an identity that's been evolving. I think for the first time — partially due to VCU, partially due to the rise of creative folks in Richmond — we're just seeing a lot of Richmond pride. And with that comes folks that are willing to make fun of ourselves.