A new satellite music event warms you up for the Richmond Folk Festival. 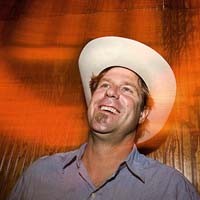 Todd Ranson says its time for a little branching out. “Richmond is much more diverse than people might imagine at first glance,” says the organizer behind the Richmond Roots Music Sessions.

A week-long concert series, inspired by — but not officially part of — the Richmond Folk Festival, the Roots Sessions, co-sponsored by Style Weekly, will start on the first weekend in October. In the days leading up to the Folk Festival, patrons will be able to saddle up at a handful of local venues such as the Hat Factory, Capital Ale House and Gibson Grill to enjoy things such as Cajun fiddling, rockabilly twang, old-time music and African dance for $10 at each show.

“We really wanted to mirror the booking policies of the Richmond Folk Festival. … and incorporate more local bands,” Ranson says.

The satellite events (see sidebar for schedule) will benefit the festival, which continues to be free and relies heavily on volunteers and the contributions of attendees. “In addition to having people on hand [at the Roots shows] to answer any questions people might have about the Richmond Folk Festival,” Ranson says, “we'll also have the wonderful bucket brigade on hand to get donations from the crowd which are really important.”

Ranson's efforts also include the official Folk Festival after party at Capital Ale House that'll bump and shake with the salsa-soaked sounds of Bio Ritmo and Jorge Negron's Master Bomba Ensemble. Ranson notes that most of the concerts will end by 11 p.m., making them “work- and lifestyle-friendly.”

As a member of the Folk Festival's local programming board, Ranson says “the idea behind bringing the National, and now the Richmond Folk Festival, was to do something good for the community and create a sort of small to medium economic generator and also get local businesses and clubs involved.” Last year, he says, “we had 170-thousand-plus people come through the gates and all thought that [the three-day event] probably couldn't grow that much larger. Everyone agreed that it was time to start branching out.”

The self-proclaimed music freak and host of “The Loblolly Pine Show” on WDCE radio says his involvement with the offshoot Roots Sessions was as simple as saying, “Heck, I'll do it.” His passion is evident not only for the music, but also for the impact it can have on the city. “To put it succinctly, we really want to show the local restaurant-venue-club community that this is a viable way to generate income off of the larger Folk Festival.” He adds, “Everybody's roots come from somewhere and we really just want to explore that.”

For information, contact Hannah Huber by e-mail at hannah.huber@styleweekly.com.