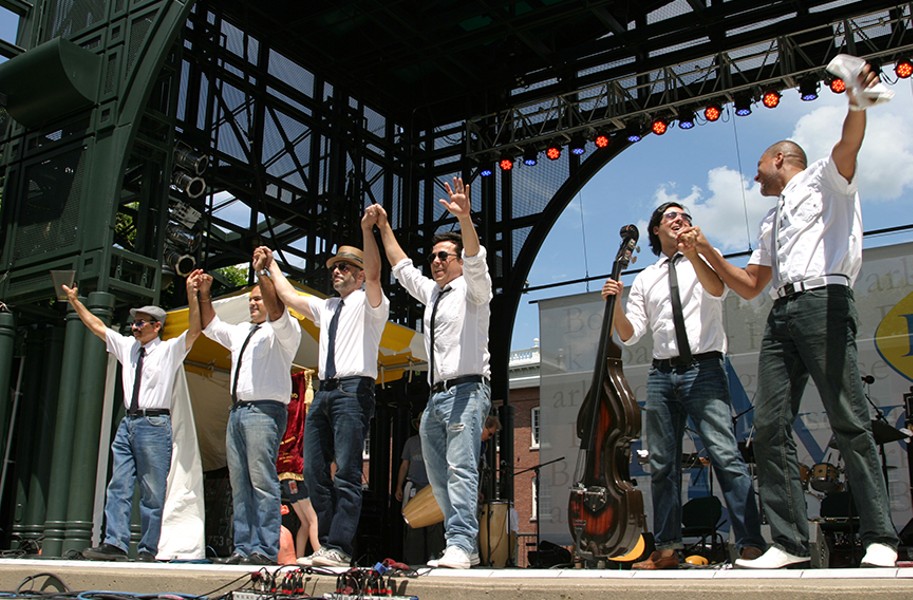 Ulises Beato, an ardent champion of Cuban music, was born in the north end of Manhattan but grew up immersed in the vital Cuban exile community of southern Florida.

When he moved back to New York at 26 to pursue a career in fashion photography, he was surrounded by diversity, but something was missing.

“In the city you can see people from every different culture,” he recalls. “You see a tribesman from Papua, New Guinea, on the subway. You might see someone from Mars. But you don’t have any Cubans. One reason I started the band was that I missed my culture, and I wanted to share it.”

His inspiration was “The Buena Vista Social Club” a project from guitarist Ry Cooder spotlighting the talent isolated in the political aftermath of Fidel Castro’s revolution.

“I put the band together in 2003,” Beato says. “Now it is old enough to get its driver’s license. Since day one, we were well-received. We gigged constantly. Sometimes we played two shows a day, six days a week.”

Soon it was playing more significant and more exclusive venues. Members were regulars at Socialistas, Sting’s West Village club, where the audience was salted with celebrities like Demi Moore and Matt Dillon. Mickey Rourke would sit in on bongos. Those golden years took a hit in the crash of 2008 and, according to Beato, have not fully recovered.

But even in the hard times, the band kept honing its craft.

“The roster kept improving,” Beato says. “The people who didn’t work out fell by the wayside. The band has jelled. The ones that stayed are the ones who cared, the ones who didn’t like to miss a single note, and understood that you might need to make sacrifices to get to the next gig. Playing an extra set, or a couple of encores when everyone is tired.”

Members share a commitment to the authentic Afro-Cuban sound, the wellspring of the music commercialized as salsa.

“Celia Cruz says salsa is something you put on fish,” Beato says. “I have always wanted to separate my music from the average New York kind of salsa. Go back to before Cuba was closed by the embargo.”

It helps that several of the members of the band are Cuban emigrés. Vocalist José Pepito Gomez and trumpeter Oscar “Cinturíta” Oñoz were born in central Cuba’s Camagüey province and toured with and played with the Buena Vista Social Club veterans. Percussionist Mauricio Herrera was born in the western Holguín province. But authenticity is about commitment, not inheritance. Bassist Carlos Mena is from Quito, Ecuador, and the newest member, pianist Ittetsu Nasuda, hails from Japan.

The band is tight and has fun onstage, but to Beato that is only half the magic.

“It’s the energy that the crowd and the band create together. Sometimes it is very palpable. It’s like making love is good, but making love with a beautiful woman is even better.”