Watchdogs are stirring up Richmond government.

Being an instigator in Richmond is a lonely job. Take it from me.

In 2003 I helped to start a blog called Save Richmond that took a hard look at the local arts community, more specifically plans to build a downtown performing arts center. What was unusual about this: It wasn't just a Web address where my friend and co-blogger Andrew Beaujon and I blew off opinionated steam. Being freelance journalists, we pored over financial documents and filed Freedom of Information Act requests; we dug and fact checked.

Save Richmond eventually tackled, and broke stories about, the Richmond public schools, the business community, the city's war on nightlife and others. Covering the planned performing arts center was what we were known for, though. And for daring to ask questions about this publicly funded project, which seemed more like a scheme to suck tax dollars from the wallets of average Richmonders than a sincere, arts-driven endeavor, we were marginalized by some, and referred to by others as kook jobs, nattering nabobs of negativism and “whiners with a website.” And that was on a good day.

So imagine how swelled up our chests became when Beaujon and I ended up winning a major Freedom of Information award from the Virginia Coalition for Open Government. Better yet, the damning information we uncovered through such requests spurred then-Mayor Doug Wilder to take a closer look at the performing arts center project, and eventually scale the effort down.

The occasional plaudit aside, being a watchdog — an instigator — is difficult and thankless work. But even in Richmond, where transparency and accountability often seem like words spoken in an alien language, you can get results. All you need is free time, ingenuity, a Web address and a whole lot of outrage.

A new batch of residents is using investigative tools, freedom-of-information laws and the Web to push back and probe for answers. Survey data dating to the 1960s shows that the number of people whose interest in civic politics extends beyond the electoral cycle has increased, says Dan Palazzolo, professor of political science at the University of Richmond. Today there are more watchdogs than ever.

“We're living in a new age with bloggers and the Internet and an unprecedented level of transparency,” Palazzolo says.

This new generation of civic activists is looking to save Richmond, filling a void in declining news-media coverage and acting as necessary surrogates for fellow taxpayers who don't have the time to chase down public figures and pore over government documents. We caught up with a few of the new instigators. — Don Harrison 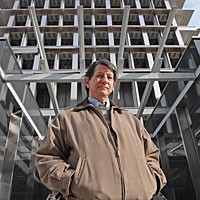 The Watchdog
C. Wayne Taylor gets it on the record. 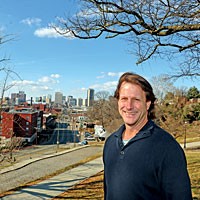 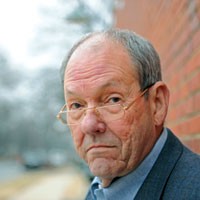 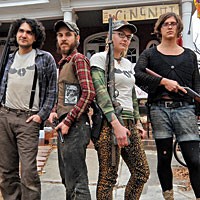 The Collective
Mo Karn and the Wingnuts stir up dust for the “ideal society.”