There’s been no slow rolling for Noah-O and Ohbliv, two pillars of the hip-hop community. 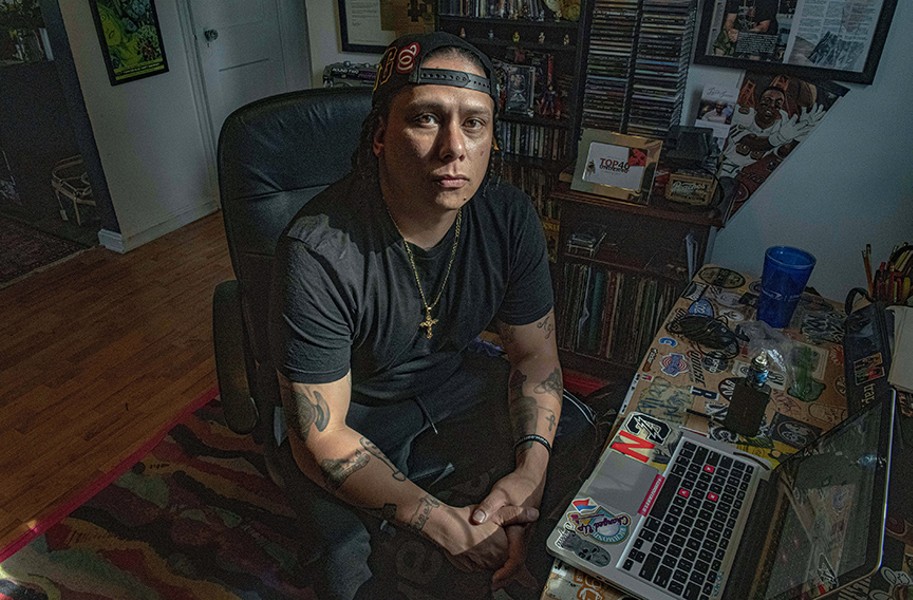 Press play on Noah-O’s album “Culture Shock” and you’ll quickly hear lyrical insight into his exceptional pathway through 2020: “Been diversified / This is much more than music.”

Faced with a pandemic, the Richmond rapper brought the full depth and breadth of his artistry to bear. “I started the year already with that thought in my mind to do more than I’d previously been doing,” he says.

By the November arrival of “Culture Shock,” Noah had more than met that goal, thanks in part to his “Deadstock” series. Eight weeks, eight new albums, running from late April to mid-June. The series grew out of a pre-pandemic writing exercise – a freestyle-a-week challenge modeled after artist and friend Noah Scalin’s creative sprints. As the coronavirus spread, the urgency around releasing that material grew.

“Last year, it erased the fear,” he says. “I don’t have to be perfect. I’m gonna give everybody everything that I have.’”

The title of the “Deadstock” series is rooted in Noah’s longtime love of sneaker and street-wear culture, and each volume’s cover sports a different shoebox design. That visual bridge between music and merchandising was intentional. “I feel like I’m starting to put all the pieces together as far as ‘How do I give people a complete picture of who I am as a person?’”

Noah leveraged relationships with manufacturers and distributors to put out Charged Up Entertainment masks with exceptional speed during the early stages of the pandemic. Shortly thereafter, he released the first of three popular snapback hats that turned vintage sports logos into words of inspiration. “CHANGE,” the first one read, with the Charged Up logo in place of the first letter. Hats that spelling out “PEACE” and “SUCCESS” followed.

“My expression might not always come out in the form of words,” he says. “I can use hats or clothing to make a statement. … I’m trying to use whatever medium I have before me to put out a message that’s consistent with who I am as an artist.”

Ohbliv, another pillar of Richmond’s hip-hop community, has made an art form of maintaining multiple avenues for expression.

Regardless of which of the versatile producer’s aliases you follow – Ohbliv, DarkTwaine, Pangeya or Bradford Thomas, his birth name – there’s plenty of new music to dig into. “The frequency of my work increased, just being home so much,” he says.

In addition to collaborative highlights, including a pair of beats on “FlySiifu’s” by Pink Siifu and Fly Anakin, his solo Ohbliv successes were many. “Spirit Medicine” was a fan favorite. Originally self-released in March, the album took on a second life in December when Chong Wizard Records reissued it on brightly designed cassettes, CDs and LPs.

“It was crazy to see,” he says. “I didn’t expect it at all. When I put stuff out, I put it out and I pretty much forget about it, and I move on to the next thing.”

Listeners moving between aliases will find distinct contexts and senses of history. He’s issued three “Bradventure” volumes as Bradford Thomas since the start of 2020. “Through that, I’m exploring all the different styles of music I grew up listening to,” he says. It’s his outlet for portraying “the childhood innocence of just sitting down and looping records all day long.”

DarkTwaine is his more ambient, experimental mode. It’s also a way to reclaim space in a genre that’s lacked diversity. “It can be pretty whitewashed,” he says. “But Black people – we make and listen to ambient and we have those types of thoughts and feelings and emotions, and we want to emote in those ways.” December’s “Shadow Work” was a masterful addition – one he says “set a mark in this next phase of where I’m going with DarkTwaine.”

Each alias vibrates on a unique wavelength. His merch works similarly. A recent sold-out run of Ohbliv beanies came with the three-song “Visions You Can Hear” EP, which won’t be rereleased. “It creates a secret language. There’s a little nod, like ‘You know what’s up. …’ That’s what I wanted to cultivate with this whole thing that I’m doing – trying to create a language for people that, when they hear it, they know what it is, and they speak that language.”

That sense of community was sorely needed in 2020. It’s tempting to focus on the future these days. Ohbliv hinted at upcoming work with Madlib, and Noah-O plans to wade into the world of nonfungible tokens with his upcoming “TRILLipino” album), but for now, let’s tip our hats to a pair of artists who haven’t missed a beat.