Did Anyone Ask Mr. Wiggles? 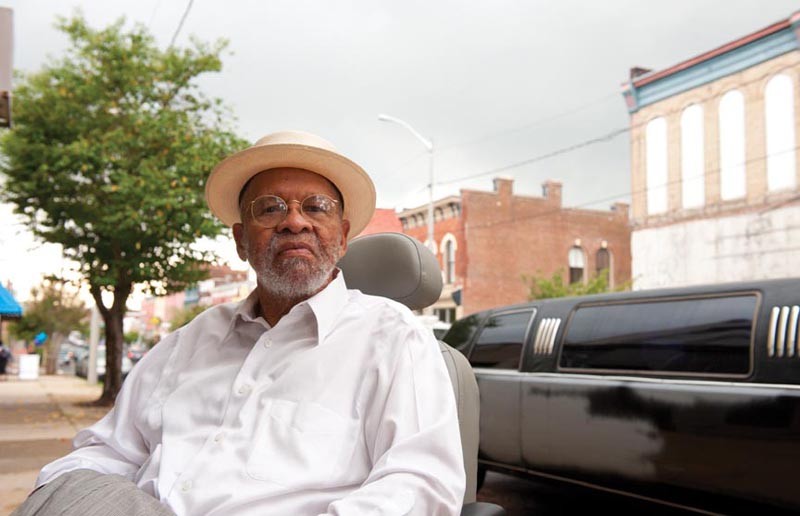 Don’t be fooled by the wheelchair. Despite being slowed by poor health, August Moon, the once and always Mr. Wiggles, his stage name, is as sharp in mind as ever. Now 74, the former soul singer, music producer and self-styled political kingmaker watches city politics unfold from his perch at Urban Beat studios on Hull Street in South Richmond.

Inside the three-story building sits his biography in pictures and documents and endless stacks of unshipped Urban Beat compact discs. In one frame he’s the bouffant Mr. Wiggles, the dapper young R&B singer. In most others he’s the Democratic Party foot soldier, posing with Rep. Bobby Scott, former Gov. Tim Kaine, the Rev. Jesse Jackson and a host of others.

Last week Moon spoke with Style Weekly inside his now-dormant studio on the top floor, answering our request to read the political tea leaves.

Style: You’ve said previously that you and other members of the Crusade for Voters plan on being active in the 2012 city elections. What are you going to be working toward? What’s the goal?

Moon: I personally would like for the City Council to be 5-4 black. There are three districts that we’re looking at very closely, and that’s all I’ll say. But you know who might be in trouble is [Councilman] Marty Jewell. The 5th is a swing district. Last time Marty won, he was the only black in the race. This time it might not be that easy.

Are you and the group recruiting candidates to run against him and other members of council?

We’re feeling them out. We never win the 1st. We’ll never win the 2nd District. Can’t nobody beat [Councilman Chris] Hilbert in the 3rd District. Black person could maybe win School Board in the 4th, but we can’t win the City Council seat. The 5th district … too close to call. The 6th, 7th and 8th districts are all safe. The 9th, well I don’t know. [Councilman Doug] Conner, he might not run.

How do you know?

We have a candidate.

Keep your ear to the ground.

I’m a true Democrat. I’ve been a Democrat all my life. I got in the game in 1964. I’ve worked for many mayors and many governors. But Mr. Brown is running as an independent, and that’s his right. But I would like to see Henry Marsh, who is a civil rights lawyer, start a civil rights foundation. Everybody has a foundation except Mr. Marsh. Give it up while you’re 77 years old. Start a foundation.

So, you’re a supporter of Mayor Jones?

I support him 1 million percent.

When we talk about political leadership in Richmond, where the poverty level is higher than in any other city in the state, we have to talk about the role that those political leaders play in bringing the city out of it. So what is your take on the job that Mayor Jones is doing?

The only thing I would tell Mr. Jones is that people from Virginia have knowledge too. Most of his staff is not from Richmond. And he’s got to keep a close eye on his staff. He’s got to watch the first floor, because some of his people at City Hall may not be doing their jobs. They’ll laugh in your face on the second floor, and then stab you in the back when they get back to the first.

Do you think he’ll run for re-election?

I hope so. My people down here need a grocery store. S