As counties face rapid suburban development, there's one hurdle that can come back to haunt -- backyard cemeteries. 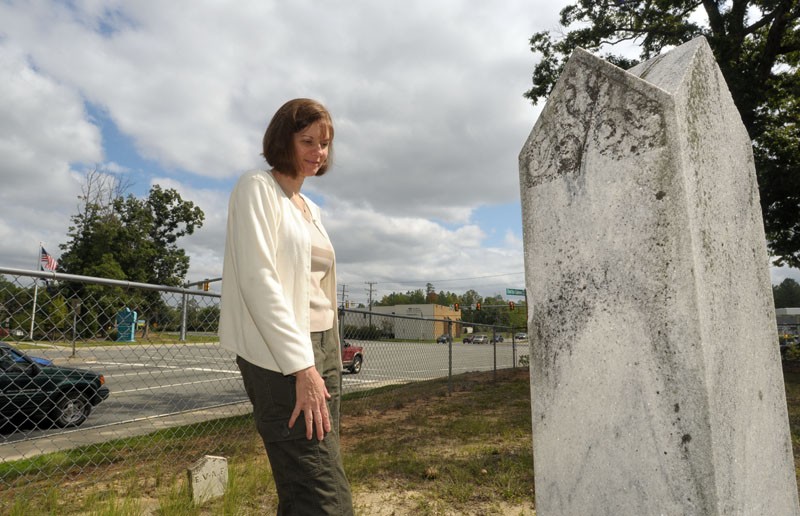 Their ghosts made the phones ring and sent paper flying around the office. They finally made enough of a ruckus that the governor took notice, so he had the bodies they left behind dug up and studied.

That was in 1998. The state of Virginia was extending Route 288 -- a stretch of highway that completed a long-sought suburban loop that connects Chesterfield, Henrico and Goochland counties. Surveyors discovered geological hints that an unmarked burial ground could stand in the freeway's path. Turns out, the road ran into the remains of 116 people buried in the historic Terre Haute Farm African-American Cemetery.

A century after death, those corpses met a remarkably present-day fate: They had to move out of their post-mortem neighborhood when the government wanted to build a road. After a lengthy excavation and examination, they were reinterred at the Powhatan Community Cemetery last year, a week before Halloween.

As suburban counties swell with new roads, new houses, new strip malls and schools, farms and fields are becoming subdivisions. Of the many hurdles such growth presents, perhaps the most sensitive -- and trickiest -- is how to deal with long-forgotten, and often unmarked, cemeteries.

A hundred years ago when the counties were more rural, it was common for a family to bury their dead in the backyard. A hundred years before that, those family yards could include slaves and family friends, too. Some of those graves went unmarked or were memorialized with wooden monuments that have deteriorated over time.

"Traditionally cemeteries have been left alone," says Rachel Lipowicz, chair of the Chesterfield Historical Society's cemetery committee. "With the building boom in the early 2000s it's become more lucrative to build on open land."

To make sure that a new development doesn't desecrate a burial site, Lipowicz, 50, hunts down unmarked grave sites on foot and in archives of historic documents.

She's been investigating cemeteries since she was a teenager, but Lipowicz insists her interest isn't driven by listening to Goth bands. "I've always been into genealogy," she says. "Especially with women and African-American ancestors, this is one of the prime places that you find information about them."

Through her research she tries to ensure that surprises such as Terre Haute -- or the much-publicized Virginia Commonwealth University parking lot recently discovered to cover a slave cemetery -- don't come too late.

Recently she testified as a defense witness for a family whose ancestors were buried on property bought by a developer. The developer wanted to exhume the remains. Because it was still an active burial site, however, a judge ruled that the developer would have to build around it.

"The overwhelming sentiment from the community is that these are solemn and reverent sites that deserve preservation, or at the very least to be left in peace," she says. "Development and graveyards can coexist."

That word, "preservation," is telling. Like historic building preservationists that challenge new development in the city, the historical society has become integrated into the county's zoning process. The Chesterfield Planning Department keeps the society in the loop on new projects by sending it plans for land that may harbor burial sites.

"You're not going to cross-plant ivy with your corn," she says, so they look for domestic flowers such as periwinkle and tulips in what otherwise appears to be a wild field.

If there's a suspected grave site, archaeologists remove the top layer of soil. When the exposed dirt first comes into contact with light, it's easiest to see the outlines of the grave shafts -- if there are any to see. An official with the Virginia Department of Transportation says that after coming across a patch of periwinkle, workers cautiously dug down but didn't find any bodies.

Occasionally, aerial photography or even ground-penetrating radar can help tip off burial location, says Liz Jordan, an archaeologist with the highway department. If a farmer plows an entire field, save a rectangular plot, the pattern can be more apparent from the sky.

If bodies are found, the builder must run a public notice in a local newspaper. If no descendants of the buried come forward, the developer then has the legal right to begin removing the bodies.

The state Department of Historic Resources has granted five permits in each of the last two years and nine in 2005 for body removal. Permits are given per site, so each can cover the removal of several bodies -- in the Terre Haute case, more than 100.

When there is a removal it's carefully undertaken. "It's hand work," Simpson says. The majority is done with small trowels, paint brushes and dental picks. When diggers hit long-buried bones, they're very fragile, so they use bamboo picks which are more delicate. When bodies are exhumed, the state requires that they be studied by a physical anthropologist. Examinations can yield information about diet and health and sometimes they're even able to identify the individual who's been buried, even if there wasn't a marker. Then the developers must buy new cemetery plots and pay for the respectful burial of whomever they've disturbed.

Sometimes the families are relieved, state Sen. John Watkins, R-Powhatan, says. The new locations in modern cemeteries can be easier to access than far-flung meadows. Of course, not every body gets moved. In one case, according to an archeologist with Schnabel Engineering in Richmond, the developer had removed a burial ground but missed one, and a skull rolled out during excavation.

Kirk Turner, planning director for Chesterfield County, says there are plenty of instances where builders have worked around corpses. There is a mausoleum in Brandermill, and in Chesterfield Meadows Shopping Center parking lot off state Route 10 a landscape island marks a father and daughter's resting place.

"You've had private family plots," he says. "You've had churches that have had cemeteries where the church burned down or due to attrition in the membership the church is no longer there, but the building remains."

Burial grounds are serious business, Watkins says. Along Dwayne Lane off of Buford Road, in fact, there's a little family graveyard in the middle of the road. The street divides around it and rejoins on the other side.

"The interesting thing is there are apparently scam artists out there who claim to be related to the people buried there and hold the developer up for money," Turner says.

Despite the danger and potential scandal, the historical society's Lipowicz is sold on what she's seen. Of all the real estate, old and new, she's come across, where would she like her final resting place to be?

"If I could be buried in the backyard like the other folks," she says. "I wouldn't mind it."