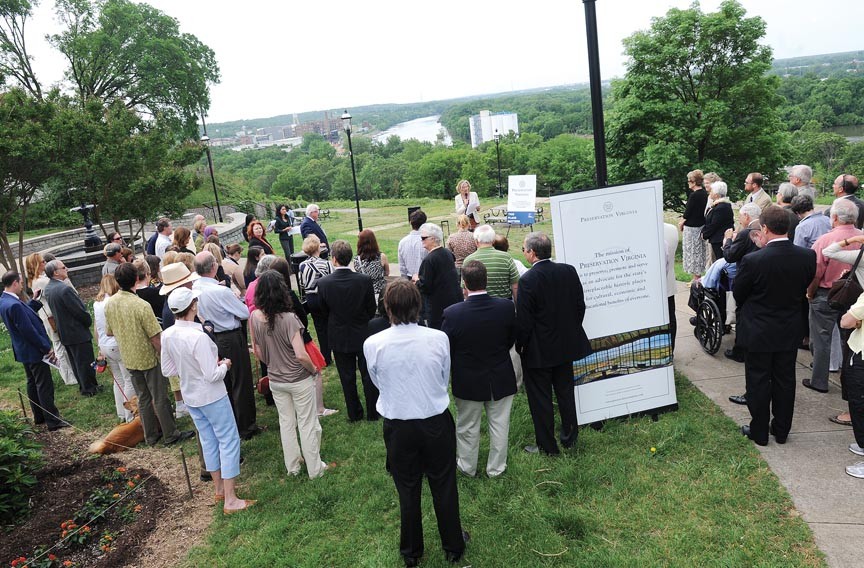 Six years after it was first proposed, the Echo Harbour development is changing form — condo-less, but still controversial.

Developer George Ross says he's spending the next two to three months studying the riverfront site along Dock Street, which is a crucial link between Shockoe Bottom and Rocketts Landing.

Three years ago the plans included about 100 condominiums in towers as high as 12 stories, studding the riverbank just below Church Hill's Libby Hill Park. But Ross is going back to the drawing board. "We have no plans to build residential at this point," he says, although he offers no further details.

Preservationists are girding themselves for another fight over the site.

A crowd gathered in Libby Hill Park on Monday to hear nonprofit Preservation Virginia's 2012 picks for the state's most endangered places. All 11 sites "face imminent and sustained threats to their integrity, and in some cases to their very survival," says Elizabeth Kostelny, the group's executive director.

The first one she names is the spot where she stands: the Libby Hill overlook that in 1737 gave Richmond its name, because of its similarity to a view from Richmond upon Thames in England. It's endangered because of the proposed development below, Kostelny says (although like Voldemort, Echo Harbour goes unnamed).

This salvo doesn't worry developer Ross. It's a nice view, he says, and "we've always respected the view. We don't consider ourselves in it." However, he says, he isn't sure whether the old story is true: "We question the historic claim."

For now, preservationists say they're trying to find out exactly what's going on with Echo Harbour. "Everyone's being very quiet about it," says Mary Jane Hogue, executive director of the Historic Richmond Foundation.

Groups that want to keep the view pristine don't want to be Ross' adversaries, Powell says. They'd like to work with him to propose other uses for the site, such as a riverfront park or greenway, and perhaps arrange to swap his property for an alternative site. "We're not looking to stunt development," Powell says. "Put it somewhere where it won't ruin something that's so important."