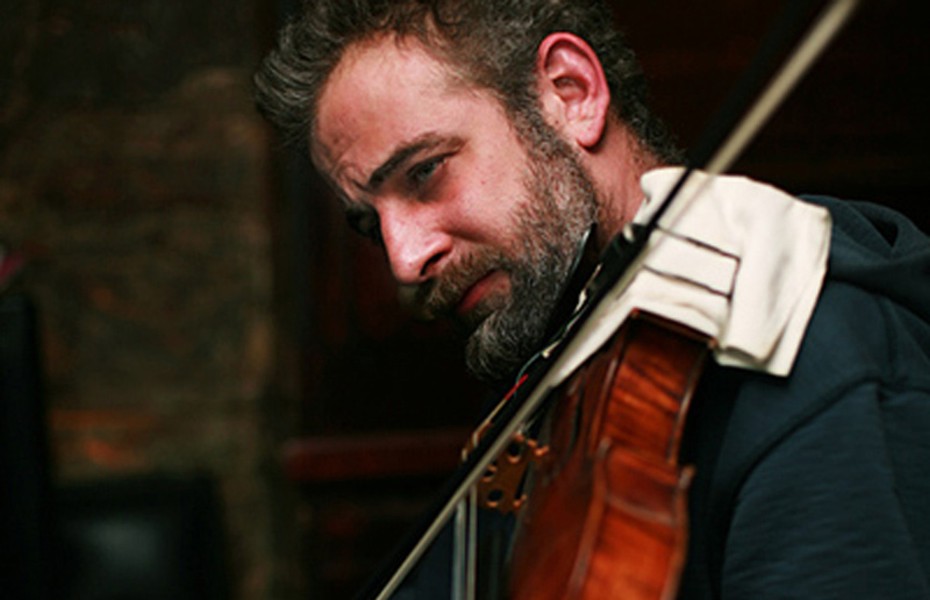 Lori FreedmanThe occasional week overstuffed with events can be inevitable in a music town such as Richmond. That doesn't make this week in jazz any less extraordinary.

During the past decade the extraordinary avant guitarist, bouzoukist and psychiatrist Ayman Fanous has leveraged contacts from playing in New York City's '90s downtown music scene to single-handedly organize one of the most bracingly unpredictable concert series in Richmond. Past events have featured the great bassist William Parker and violin virtuoso Mark Feldman. On Sept. 29 he brings violinist Mat Maneri and clarinetist and bass clarinetist Lori Freedman to Virginia Commonwealth University for a series of mostly trio improvisations.

A great era in Richmond music education — the 1980-'87 combination of Thomas Jefferson, George Wythe and Huguenot high schools into a single, dynamic program — will be celebrated in a daylong event Oct. 1 at the Clarion Hotel. The event, a fundraiser for the nonprofit Richmond Public Schools Education Association, kicks off with an afternoon tribute to the three teachers who mentored the JWH Trojan Marching band, and continues with a black-tie gala that evening with music, singing and dancing provided by alumni all-stars.

That evening, John Hollenbeck's Claudia Quintet, whose semi-legendary 2007 Richmond gig took place in the storefront at Rumors Boutique, appears at the Camel. It's a very intimate space for the two-time Grammy nominee drummer and composer and his all-star New York band, which has continued to receive wide recognition; Le Monde called Hollenbeck's recent big-band collaboration, "Shut Up and Dance," one of the five best jazz albums of 2010.

The Richmond date is the first in a tour focusing on the group's forthcoming CD, "What Is the Beautiful" (Cuneiform), a song cycle built around the lyrical poetry of proto-beat Kenneth Pratchen. For the performance the quintet will be augmented by pianist Mat Mitchell and singer Theo Bleckmann. The Scott Clark Quartet, one of the area's most angularly melodic and cerebrally rhythmic ensembles, will open.

This packed week concludes with Rex Richardson's faculty recital Oct. 4. Richardson divides his time between touring as a soloist, specializing in the most technically demanding modern classical compositions, and playing smart, fluent jazz. His performance, which will be recorded for a future CD release, brings back one of the university's jazz program's most successful students, now one of the top alto players in New York, saxophonist Steve Wilson (Chick Corea, Dave Holland, Dianne Reeves).

The quintet is rounded out with some of the best local players: guitarist Trey Pollard, bassist Randall Pharr and drummer Brian Jones. As a rule, VCU's faculty and student programs are one of Richmond's unsung musical values and this recital promises to be one of the finest. It also may be the last chance to see Richardson for a while; he's accepted a position as artist in residence in Manchester, England, the epicenter of British brass country.  S

The JWH Music Gala will be held at the Clarion Hotel, 3207 N. Boulevard, Oct. 1 at 1 p.m., with the alumni tribute to Hugo Jackson, Nelson Lawson and Richard Martin black tie gala and ball at 7 p.m. $50.

Darryl Harper and Onus will perform at Singleton Center on Oct. 2 at 4 p.m. $5 or free with ID.

The Rex Richardson Recital (with Steve Wilson) is slated for Oct. 4 at 8 p.m. at Singleton. $5 or free with ID.