Dapper in a slate suit and lime tie, the director of the Virginia Museum of Fine Arts, Alex Nyerges, overlooks a popular hangout, the E. Claiborne and Lora Robins Sculpture Garden. It’s filled with people you wouldn’t expect a museum to attract — smartphone addicts, dog walkers and loiterers more interested in their social clique than the sculpture.

When the museum opened its expanded wing in 2010, the Washington Post compared it to a “high-end spa” suited for strolling. “Art museums have grown. … without quite explaining to the public what it is one actually does at an art museum,” the article said. When a space is pleasant and the Wi-Fi signal is strong, laypeople don’t have to worry that they’re doing it wrong. Sacred art can just hang there and be sacred.

So goes the argument, at least, which was revived in May when the new Whitney Museum opened in New York. Reviewers pointed out its airy expansiveness and large glass windows, which encourage people watching. It marks a turning point for museums, which are becoming places to be seen, not to see things, critics say.

Nyerges spoke with Style about his plan for the museum in a world where museums are more than places to hang pictures.

Style: One of your current exhibits is “Japanese Tattoo.” Are you making a more conscious effort to draw younger audiences into the museum’s exhibits, versus to its social events?

Nyerges: Well, look at it this way. During the last weekend of “Art of the Flower,” I noticed huge turnout from the young and tattooed crowd. You’d assume they would consider flowers a yawn, but don’t underestimate their artistic tastes. Plus, our programming results from our interactions with them, rather than trying to guess what they might like. Here’s an example. Teen Stylin’ held a hugely popular runway show here, called “Costume Couture,” a theme which synced up with our “Hollywood Costume” exhibit. 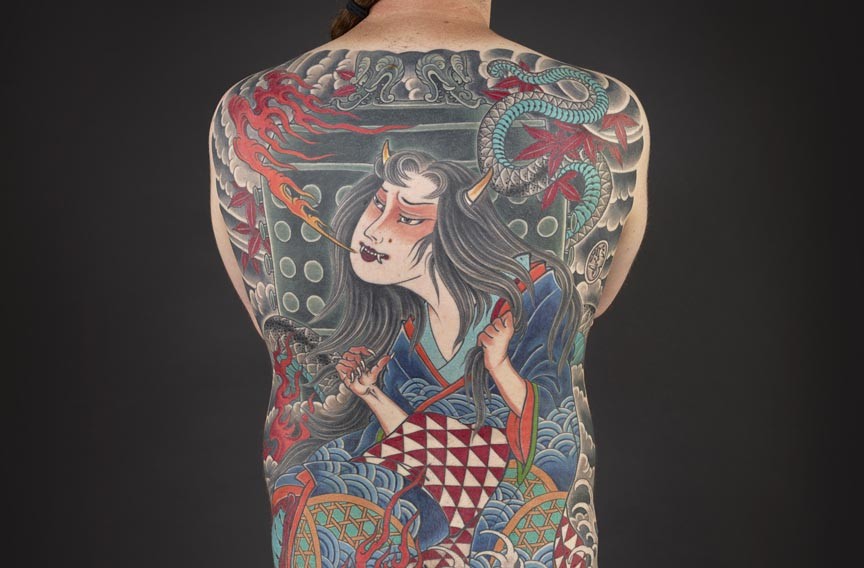 So would you ever consider bringing back the Fast Forward series, which hosted avant-garde musicians like Steve Reich, Philip Glass and Sun Ra?

Absolutely. We have a new performing arts director who’s on the path to creating new types of events. And already we have the best footprint for jazz in Central Virginia, every Thursday night, in my opinion.

Would you be open to developing a stronger relationship with Richmond’s theater community too?

We hosted “Lion in Winter” this year, sure. But it helps to understand the museum’s historical relationship with local theater. Back in the 1950s, we had an Equity theater, called TheatreVirginia [its closure was announced in 2002]. It was the first of its kind, and a major reason to visit. But times have changed, and there are so many great theaters in Richmond now. We’re not a theater company, and we don’t want to compete in that field.

Speaking of new faces, there’s been a lot of turnover in the past few years. Several curators have departed. What’s going on?

We love to send people off to do better things. What happens is that we give people the opportunity to really show off their chops. Ironically, that becomes a human resource problem, because they become a star and a hot commodity. But we have people who are celebrating 40 years here. Our hit exhibits recently, like “Forbidden City,” have been organized by veteran curators. It’s not all new faces.

You’ve had youthful ad campaigns for recent exhibits, like Forbidden Beer with Hardywood Brewery, and sexy posters by Neathawk, Dubuque and Packet for “Japanese Tattoo.” How do you decide to spend your ad dollars?

Well, I let our marketing team deal with ads. But I will say we’ve had some struggles on that end. For example, we worked with a consultancy that was said to be one of the best. They wanted us to target a very narrow demographic. I couldn’t accept that, and we ended the collaboration. I’m working under the assumption that everything here is for the public, and we have to make sure everyone has access. That’s why we’re open 365 days a year, with free general admission.

This is a strategy that would apply to many places, though. How do you make sure that attendees recognize your reason for being, which is to curate fine art?

This democratic notion is something I’ve been sorting out since before I arrived in Richmond. I can almost guarantee that many childhood friends [in Rochester] still haven’t set foot inside a museum. I’m trying to create a museum that wouldn’t shun my childhood self.

You know, I wore these huge muck boots in DeLand, Florida, when I worked at the Museum of Art, just to fit in culturally. The boots gave me terrible foot problems, but they made locals feel more comfortable than my tie collection. I’m embracing the notion that learning about art at a museum is only a possibility, not a necessity. If you come here for the gorgeous food, that’s great — it’s about having real aesthetic experiences, instead of outsourcing your experiences to a computer screen.