Demi's Brings a New Mediterranean Restaurant to North Side 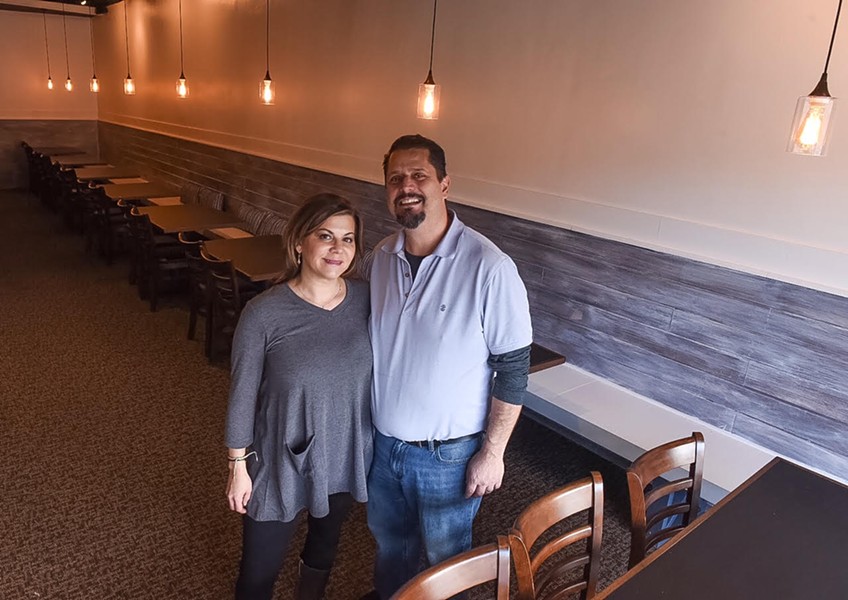 There’s been something happening under most Richmond food lovers’ radar at Dot’s Back Inn since Jimmy Tsamouras and his wife, Daniella, bought it 10 years ago.

Unless you were a North Sider, you probably didn’t realize that along with the burgers and tuna melts on this classic diner’s menu, a specials board has quietly sported such dishes as crispy mahi-mahi with ginger and mango, tuna with grilled pineapple-basil salsa and even duck liver pâté.

These items started out as dishes Jimmy Tsamouras was cooking for himself at the restaurant, he says. Regulars noticed and asked him to make a serving for them, too. Soon, they became a kind of alternative menu with around 10 or more choices that could change every night. The specials also allowed the Culinary Institute of America graduate to flex his creative muscles.

“I kind of created a monster -- in a good way,” Tsamouras says of the number of nightly offerings his customers expect.

Now, Tsamouras will have a more far-ranging opportunity to exercise his imagination. He and his wife are planning to open Demi’s -- named for their youngest daughter -- in January in the old Omega Grecian Restaurant space at 4017 MacArthur Ave.

“There’s a limit to what I can do at Dot’s,” he says. “It’s a small kitchen and there’s a certain price point.”

Part of what helped him make the decision was a trip he took to Greece last summer. The couple stayed three weeks and found Dot’s running perfectly fine without them when they returned.

“All of my guys have been with me two to eight years -- some since the beginning,” he says. Rather than take shifts away from them to cook, he says, he jumped at the chance to open a new place across the street.

But it won’t be a Greek restaurant -- at least not exclusively. There will be classic dishes from Greece, but also from Italy, Spain and Turkey. Diners will find adana kebabs, spanakopita, aglio e olio and flan de queso nestled next to each other on the menu. Mussels will be made four ways: in a harissa broth, a red marinara sauce, a garlic, lemon and wine version or with tomatoes, red peppers and chorizo, and there will be choices of two, three or four dips to share from $3-$10. Entrees will be priced around $10-$20.

“We wanted it to be a Mediterranean grill,” he says, “but we wanted to incorporate Spanish and Turkish food -- stuff that people haven’t been doing.”

Although Tsamouras says that Omega was a turnkey restaurant -- they could have cleaned it and opened the doors right away. But they wanted to make it their own and clearly brand it as something new to North Side.

While Tsamouras takes care of the menu and kitchen, Daniella is designing the interior. Omega’s booths have been taken out and a long banquette runs down one wall, opening up the space. There will be lots of wood against a backdrop of clean Mediterranean white, and diners will be greeted by a wrought iron chandelier that used to hang in the Tsamouras’ house.

“I’m doing this because I want to, and because, fortunately, I have the time to do it,” he says. “And I think it’ll work.”