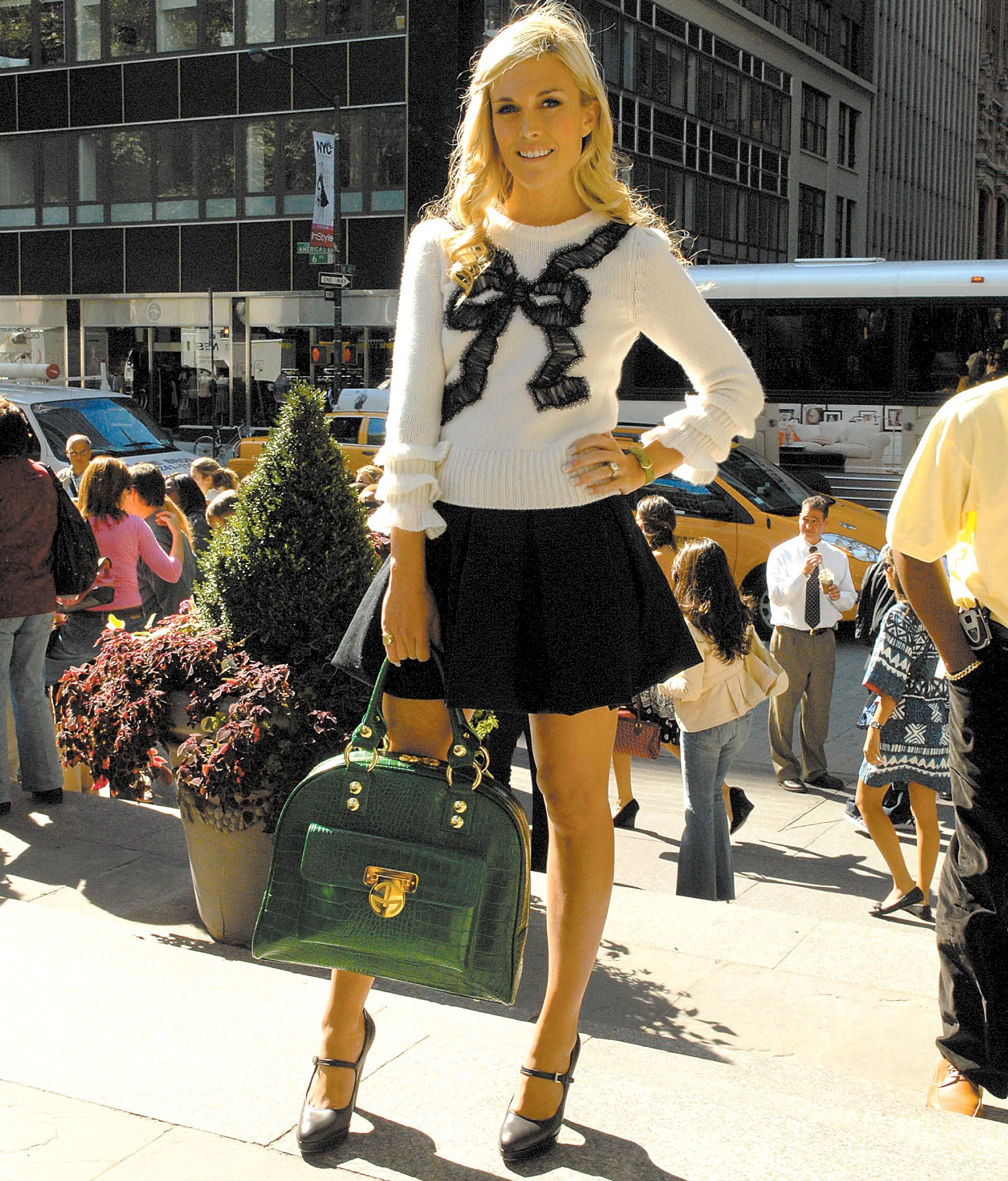 You can call them patrician, even snooty.

No. Please, no. Any word but that!

"To refer to her as having humble beginnings from Richmond is totally inaccurate," Mercer told Grove, who gleefully reported the ensuing repartee in his July 6 column.

Mercer, who now lives in Palm Beach, then expounded upon Tinsley's decidedly unhumble beginnings. At length.

"We're in the [Social] Register. Her ancestor is Thomas Jefferson. She was raised in the biggest home in central Virginia. We had a nanny, two gardeners and a butler. She was selected to lead the Southern debutante figure. We felt so bad for her sister Dabney when Tinsley got it. But then Dabney led the figure. The first time ever two sisters were picked to lead the Southern debutante cotillion!"

The blond Mortimer is making the rounds as one of New York City's hottest socialites — or the hottest, beating out a couple of Hearsts and even Ivanka Trump, according to the scientifically determined hierarchy at the Social Rank blog. Some people believe her to be the basis for fellow socialite Plum Sykes' latest dishy novel, "The Debutante Divorcée."

The Mercers, of Mercer Rug and Carpet Cleaning, are one of Richmond's better-known families. They were most recently in the spotlight in the mid-'90s, when a feud erupted between the Mercers and the Gottwalds — another Very Richmond name — over the $3 million sale of the Mercers' allegedly termite-infested Cary Street Road home, Graymont [see page 12]. Style was unable to reach George Mercer and his wife, Dale, by phone.

The comment to which George Mercer took offense appeared in a March column, when Grove wrote that "the 30-year-old former Tinsley Mercer rose from humble beginnings in Richmond, Va., and bagged Standard Oil heir Topper Mortimer as a husband in 2002."

Mercer told Grove he had it backward — that "Topper married up, Tinsley married down." This can't bode too well for future in-law relations.

"We have a lot more money than the Mortimers," Mercer said, according to Grove. "They only got that Standard Oil by marriage. They're Yorkshire. We're London. We're in the Court of St. James."

To polish it off: "Now, we're not the kind of people who blow our horns. We're not braggers, and we're not out there to try and pump ourselves up. It's against our family code to be publicized."