Buoyed by a dynamic vocalist, Richmond's My Darling Fury is rising quickly. 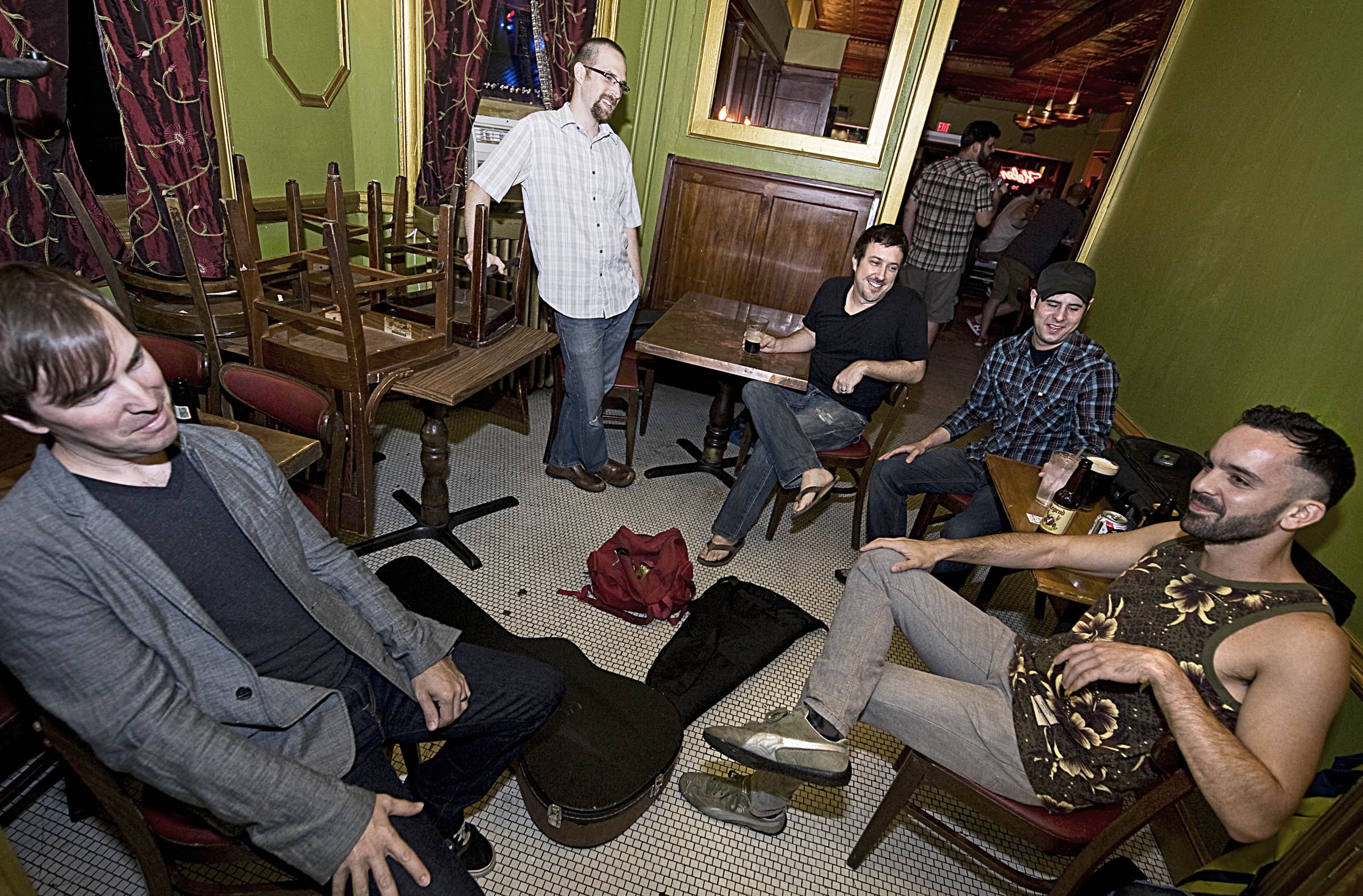 There isn't anything wrong with average. Great mansions are built of everyday bricks. The average strawberry is delicious. There are hardworking bands in every town wafting heartfelt songs of love and loss. But even among the talented, the bell curve distribution rules. Most rank somewhere in the thick, enjoyable middle. It's a challenge to rise above the appealing clutter.

My Darling Fury is not your average band.

In its debut video for the anti-marginalization anthem "Blots in the Margin," the music swells from spare acoustic guitar to a dramatic thundering of tom-tom drums and bowed bass. Singer Danny Reyes holds the screen with a direct, sympathetic gaze while the song builds from reflective lament to full-throttle, passionate optimism. It's a revelatory, tour-de-force performance, charging headlong toward the vocal cliff and somehow taking flight.

"Blots" drew bassist Todd Matthews to the band. The conservatory-trained musician is a frequent performer with the Richmond Symphony and member of free-range chamber ensemble Classical Revolutions. Matthews was expecting to hear an aspiring garage band when guitarist Alex McCallum sent him a Sound Cloud link. "I became an immediate fan," Matthews says. "The beauty of it, the musicality, the way it tells a story and moves you emotionally."

The frequent use of bowed bass adds a new layer to a sound that was years in development. Reyes was a vocal performance student when he met McCallum through University of Miami guitar instructor and Virginia Commonwealth University graduate Chris Whiteman. In 2007, the three formed Richmond-based Gills and Wings. "In the beginning we were a little more glam rock," Reyes says. "A lot of Queen and Freddie Mercury. We had a couple of songs played on MTV's 'The Real World.'" After a few years of trying, the band broke up before breaking through. The other players left town, but Reyes and McCallum resolved to give it one more shot.

During the next year they wrote songs and put together a new band. Clark Fraley was invited to join based on the sound of his guitar in an adjacent practice space. When the original drummer didn't work out, Fraley brought in Joel Hollister. Their first gigs were in late 2012 and they've been ramping up since. On one memorable June night, amidst the semi-posh chandeliers and mirrors of the Hippodrome's Speakeasy, they seamlessly followed a Classical Revolutions performance of Brahms String Sextet in B-flat with a polished set featuring dancers from the Latin Ballet.

The structure of every song is the result of extensive group experimentation and negotiation. "We overlap in a fairly narrow space," McCallum says. "Danny and I have done stuff that is more pop. Clark and Joel prefer a darker edge. Todd has no tolerance towards anything that sounds artificial. We all know when everyone is going to like a song."

Released on a Facebook sea of pink equal signs the week of the U.S. Supreme Court marriage equality arguments, it was initially tempting to see "Blots" as an attack on institutional homophobia, but Reyes says the inspiration was the Occupy Movement. Deconstructing Reyes' lyrics for songs such as "Friendly Parasite," "The End of the World" or "Spilled Milk" reveals a playful pursuit of evocative imagery alloyed with a next wave, 21st-century disregard of heterosexual songwriting convention.

Early this year the band won a songwriting competition sponsored by Songwire Studio. The prize, several days of recording in the Shockoe Bottom studio, gave the group a running start on a 10-track CD. A Kickstarter campaign opens July 27, with performances set for August. The target CD release date is Oct. 26.

And then? "With the music industry so up in the air I have no idea what it takes or how it happens," Matthews says. "We'll try to take it step by step. And try to get as many people to hear it as possible." During the long summer days he's applying a classical ear for detail to the sonic minutia of the recording mix. It's a big, noisy world, and there's only one chance to make a perfect first impression. S

A Kickstarter campaign will launch July 27. My Darling Fury plays the Tobacco Company on Aug. 11 at 8 p.m., and the Camel with Floodwall on Aug. 19 at 9 p.m.