PBS picks up where Ken Burns’ “Civil War” left off. 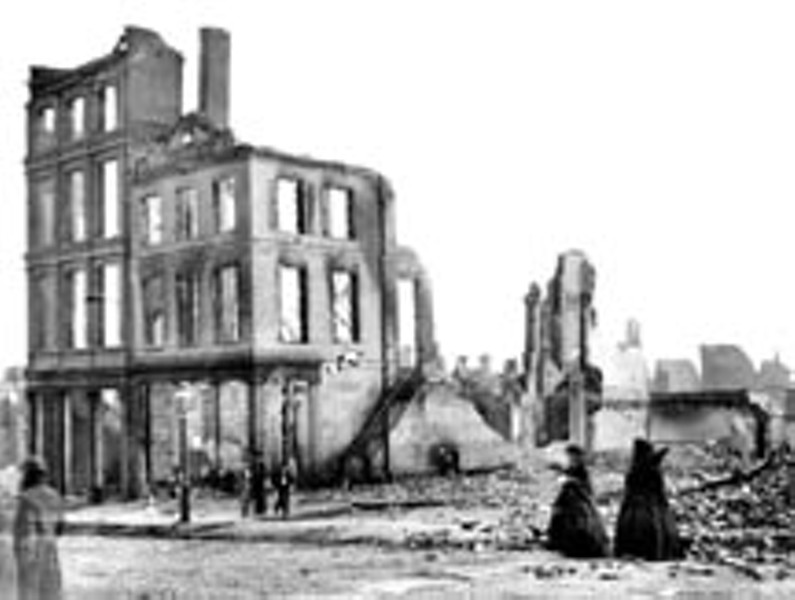 Watch PBS-TV’s “Reconstruction: The Second Civil War,” and you’ll find yourself wondering at times how the newly reunited nation even managed to survive, much less thrive. You won’t hear the program’s narrators and historians lay the blame at the feet of the men who were in charge, but if you watch and listen between the lines, the conclusion is almost inevitable. Take away their obsessive concern for insuring their own political futures and their base regard for who would control the White House, and the country might be in a far different place than it is now. So many opportunities were lost.

The War Between the States had just ended on that April evening in 1865 when a triumphant throng gathered on the White House lawn to hear Abraham Lincoln talk about victory and the future. The times ahead would be “fraught with great difficulty,” he warned. And he gave them a new word to chew on: “Reconstruction.” Three days later he was assassinated.

“Reconstruction: The Second Civil War” spans the years from 1863 to 1877. This three-hour, two-part series airing as part of PBS-TV’s “American Experience” picks up where Ken Burns left off in his study of the Civil War. The South was undeniably defeated, but the reality of reconciliation loomed. Four million newly freed men had to be assimilated into a nation that had used and abused them and their forebears for centuries, yet had never acknowledged their basic personhood. In the preceding four years, more than 600,000 people had died as North fought South. As U.Va. historian Edward Ayers puts it in the series, “The very fabric of life has been torn apart for everyone.”

“Reconstruction,” unlike “The Civil War,” too often uses re-enactments to make its points, but in accord with Burns’ acclaimed documentary, it slowly zooms and pans archive photographs to tell a series of smaller stories that paint a broader picture. We meet Tunis Campbell, a black man who founded a colony on Georgia’s Sea Islands, only to have it given back to its former owners. Frances Butler struggles to rebuild her family’s plantations and to negotiate with the workers her family once owned.

A veteran from Vermont, Marshall Twitchell, faces deadly consequences when he makes a bid for power in a violent backwater of Louisiana. A former Mississippi slave, John Roy Lynch, is elected to Congress and grapples with race and class problems. And William Tecumseh Sherman issues Special Field Order 15, which promised former slaves “40 acres and a mule.” Like so many others of the time, it was a promise soon to be broken.

Columbia University professor Eric Foner sums it up: “An old social order had been destroyed” and “everything was up for grabs.” And grab they did, the nation’s elected leaders, financial leaders and social leaders.

Some good came out of what they did — perhaps by accident as much as by design. For the first time, public schools were built in the South. And laws — including the 14th Amendment — were passed guaranteeing a form of equality (but with loopholes big enough to guarantee another 100 years of grief).

“Reconstruction” suffers from a lack of intense story lines like those Burns developed for “The Civil War,” but it is often compelling nonetheless.

The program skirts around assigning blame for Reconstruction’s grievous ills and consequences. But it’s difficult to escape a conclusion in the simple way the producers present the era’s close. In 1877, Reconstruction ended in a political deal. Southern Democrats agreed to accept a Republican in the White House if Republicans would abandon military and political control of the South.