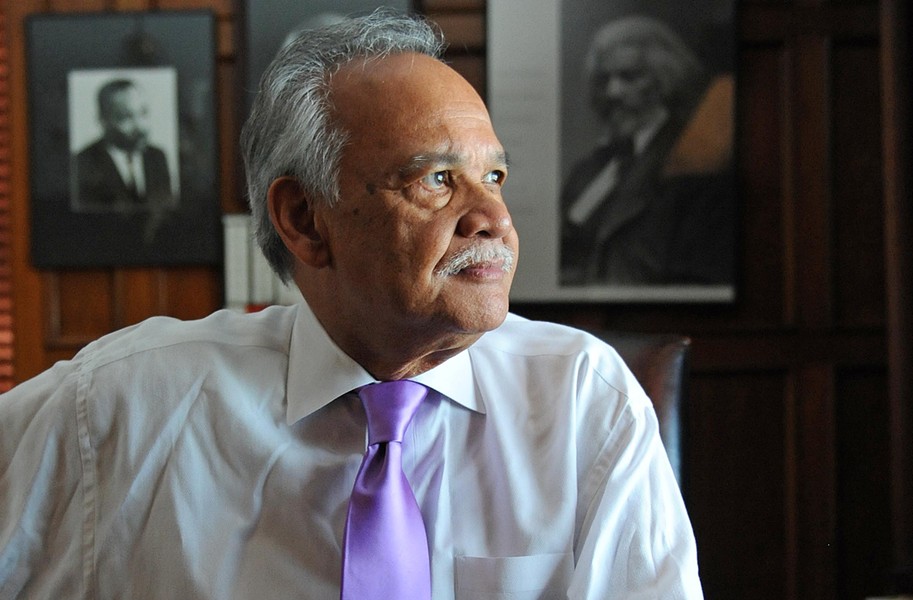 Scott Elmquist Like many black civil-rights leaders, the late co-founder of the Richmond Free Press, Ray Boone, was tracked by the FBI.

Before he died in June, Richmond Free Press co-founder, publisher and editor Ray Boone crusaded for underdogs of all stripes during his 40-year career. At least some of that crusade caught the eyes of FBI agents.

The bureau tracked many black civil-rights leaders, but Boone's FBI file shows his activities as an influential voice in the press drew a red flag because of that his perceived communist ties. Boone's FBI file, released last week under the Freedom of Information Act, indicates that the bureau's suspicions were built on his travel to the Soviet Union and his appearance on a list held by a Cuban organization.

Because FBI files about people can be released only to those individuals or following their death, much of the 38 pages on Boone are redacted. That includes the apparent confidential sources initially relied upon by the FBI.

The bureau first began investigating Boone in November 1980, according to the file, when he worked in Baltimore as editor of Afro-American Dawn Magazine.

The cause for the investigation becomes clearer when an agent requested a check of flight manifests for Boone's travel to the Soviet Union. Boone flew there as a correspondent for the National Newspaper Publishers Association, although that isn't mentioned.

The investigation sticks mostly to agents digging through archives — the "Who's Who Among Black Americans" list and motor vehicle records — but doesn't find much beyond his belonging to a contact list for the Venceremos Brigade. That organization, according to its website, launched in 1969 to promote solidarity between Americans and the Cuban Revolution. Boone traveled to Cuba to report for the National Newspaper Publishers Association as well.

The closest the bureau got to actively tailing Boone seems to be in 1981, according to the file, while it was following another subject. That person, whose identity is redacted, apparently was perceived as a Soviet operative. Agents watched the person enter a "Soviet Information Office" and return later with Boone.

"It is obvious that the subject is developing Boone for some purpose," an agent concludes in the report. "If the subject has attempted to get Boone to publish articles in his publication or author articles for publication in Soviet publications, the details of this activity could prove useful in analyzing the subject's intelligence function."

The file ends with the closure of the bureau's investigation in 1982, after deciding that it had found little to justify tracking Boone. His open and vocal support of the Occupy movement 30 years later — which the FBI monitored heavily — doesn't appear.

His wife, Jean Boone, says she knew nothing about the FBI's investigation. She recalls her husband traveling to the Soviet Union to visit the editor of Soviet Life as part of a cultural exchange. Nothing about the trip should have aroused suspicion, she says.

"He brought back those little nesting dolls," she says, "and, I think, a watch."

The full text of the FBI's files on Ray Boone is embedded below.