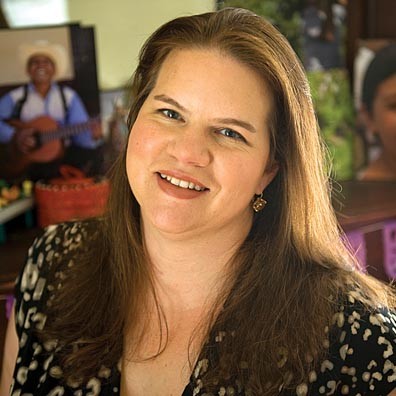 Debra Rodman helps Central Americans find asylum in the United States after facing persecution for being transgendered, gay or female.

And she brought Mayan immigrants together with Randolph-Macon College students to grow a garden using traditional milpa agriculture.

During her seven years in Richmond, Rodman has become both ambassador and advocate for the city’s unseen migrant population.

To the Miami native, Richmond seemed jarringly homogeneous when she moved here from Gainesville, Fla., in 2004. As she became increasingly involved with local outreach efforts, she realized how many Latino immigrants lived here.

Richmond’s undocumented immigrants often find life here overwhelming and isolating. As a result, Rodman says, “they spend a lot of time in the shadows.”

Rodman has helped connect this vulnerable community with jobs, medical care and community resources. She’s organized students to volunteer as English teachers and serve as interpreters when a mobile consulate comes to town.

As one of the nation’s foremost expert witnesses in Central American political asylum cases, she writes affidavits detailing the violence against those who are gay, transgendered or female.

And for those who see undocumented immigrants as unwanted guests, Rodman seeks to explain the realities of immigration policy. There are very few avenues to come here legally, she says, so people must make their own roads. Immigration, she says, “is just another layer of Richmond’s history.”