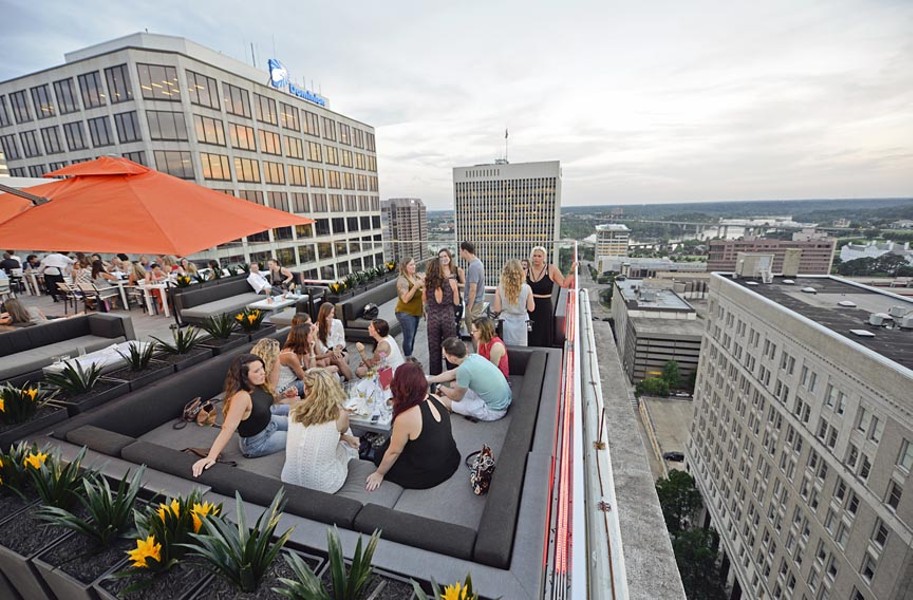 Ash Daniel The latest bar in the sky to enter the race, Kabana Rooftop is also a full-service restaurant with indoor and outdoor dining.

With all the hoopla surrounding the recent spate of rooftop bars opening in Richmond, the opposite end of the bar spectrum has been left in the dark.

Whatever happened to the timeless classic that is the basement bar? It’s not that Richmond doesn’t have its share of charming and not-so-charming below-ground drinking establishments — because we absolutely do. It’s just that everyone seems to want to drink up high, with clean air and so-called natural light. Where’s the fun in that?

So which is better: rooftop bars or basement bars?

“The atmosphere in a basement bar is always a little bit clandestine,” says Kendra Feather, the longtime owner of what many consider to be Richmond’s pre-eminent basement haunt, Ipanema Cafe. “It feels like a secret hideaway.”

“Plus,” she says, “Ipanema has always been its own place, outside of trends.”

“There is always an interest in the underground. It’s a little darker, a little seedier,” says Charlie Hughes, a longtime bartender at the Tobacco Company and its consistently crowded basement club. “I always like to be somewhere I’m not supposed to be.”

Seedy, dark and with a hint of danger, you say? Sounds right up Richmond’s alley. 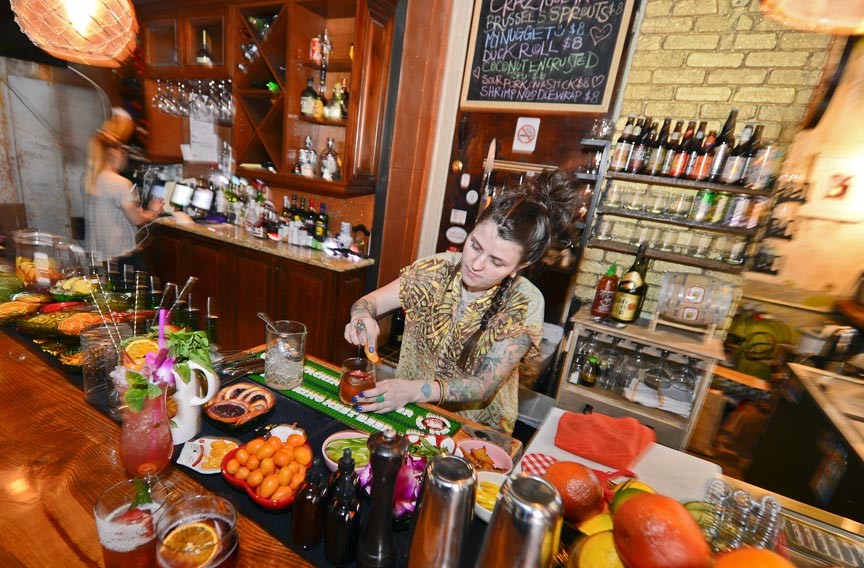 But you don’t hear much about basement bars around here these days. In this writer’s humble opinion, other subterranean spots such as My Noodle Bar on Monument Avenue and Lady N’awlins on Main Street should get more publicity. And why doesn’t anyone ever mention Chiocca’s Deli? It’s a basement sandwich lair with cold beer that bows to no above-ground establishment!

The rage right now though, other than Richmond’s unhealthy obsession with Wegmans, is the rooftop bar.

The two major spots that recently opened — one on the roof of Quirk Hotel, named one of the 10 best rooftop bars in the U.S. by Condé Nast Traveler, and the other, Kabana Rooftop, above East Main Street’s Homewood Suites and Hampton Inn & Suites — as well as the wildly popular Thursday nights atop the Hofheimer Building on the Boulevard, are all anyone seems to be talking about. Although I should also mention that Havana ’59 has offered a fantastic rooftop drinking experience for years.

Richmond socializers are obsessed with scenic vistas and fresh breezes while drinking, and who can blame them? I can attest that the view of the Capitol from Kabana is spectacular. I may have stopped by recently for, uh, research purposes.

“Rooftop bars make you feel like you’re no longer in Richmond,” Kabana’s general manager, Sean Rapoza, says. “You get to leave your worries on the ground floor.”

“Richmond loves patios [see: Baja Bean Co.] and rooftops are a natural extension,” he says. “Everyone likes to sit outside — and the view, of course, is spectacular.” 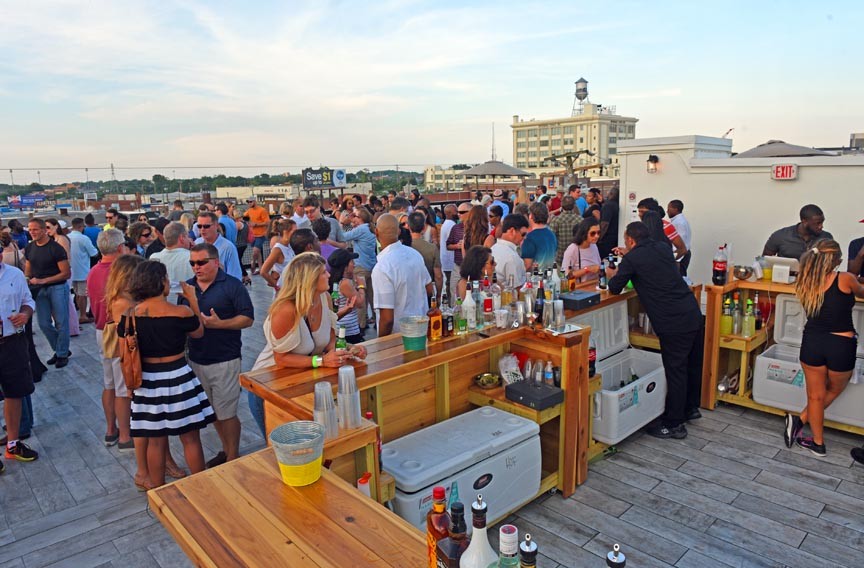 It always comes back to the view, doesn’t it? Is that really all that makes rooftop drinking better? Am I wasting 700 words trying to find an answer that, just as the sun in your eyes as you sip on a mojito, is glaringly obvious?

What about when the weather isn’t nice? What about wintertime on a rooftop?

“Our plan is retractable awnings and a tent system,” says Rapoza. “We watched the big snowstorm last year from the roof and it was beautiful.”

Weather be damned — apparently everything is beautiful from a rooftop.

Maybe it comes down to phobias. As Feather posits of rooftop bars, “They get the folks who are claustrophobic or very, very tall, and we get the people who are afraid of heights.”

“We’re also an incredible stronghold should there be a zombie attack,” she adds.

That makes sense, too, I suppose.

Do zombies know how to work an elevator? I’m doubtful. Like many bar arguments, the debate may never be settled.

Whether you prefer cozy confines and basement drinking, or endless space and fresh air-imbibing, Richmond, thankfully, now has plenty of options.

And when the zombies do come — and they surely will — you probably can’t go wrong with whatever place you decide to hole up or down in while avoiding the undead.