Dear Reader: If my letters should become a play, don't see it. 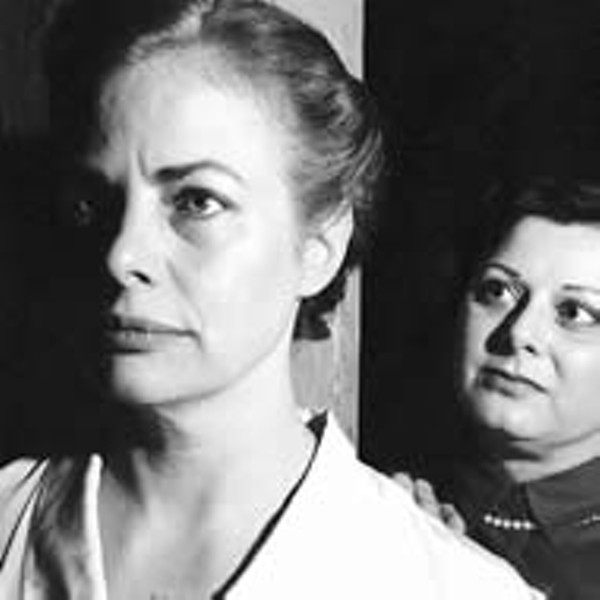 The disadvantages of epistolary drama are not insurmountable. Unfortunately, the Richmond Triangle Players' production of "Vita and Virginia" never addresses the peculiar problems presented by a script based almost exclusively on the correspondence of Vita Sackville-West (Teresa Perkins) and Virginia Woolf (Kim Neblett).

A single pattern is repeated throughout the script. One of the two women will drop a name (usually that of a semifamous woman) to elicit jealously from the other. But just as the jealousy begins to kick in, the playwright (Eileen Atkins) retreats, and the scene degenerates into flowery pronouncements of mutual devotion. Director karen brown never finds a way to break up the monotony.

Woolf and Sackville-West's correspondence is celebrated for its wit and passion. But onstage, these women appear dry and colorless. Because the performances are so mannered, one wonders why either woman would be attracted to the other. With almost every line, Perkins breezily gestures with her hands but never evokes Sackville-West's dashing reputation. Neblett throws an actor's bag of tricks into her characterization of Woolf, but the nervous ticks and overworked accent never produce a memorable moment.

Both the costumes and the set are gloomy and unimaginative. Almost nothing has been done with light or sound to spice things up.

Including the intermission, the play runs two and a quarter hours, which is probably twice what the material can bear. It's a relief when World War II arrives and the Germans begin attacking England with buzz bombs. It's really the only time the play seems to burst from the page. — Jerrell Nickerson