"Dean of the Richmond Jewish Community" Neil November Dies at 93 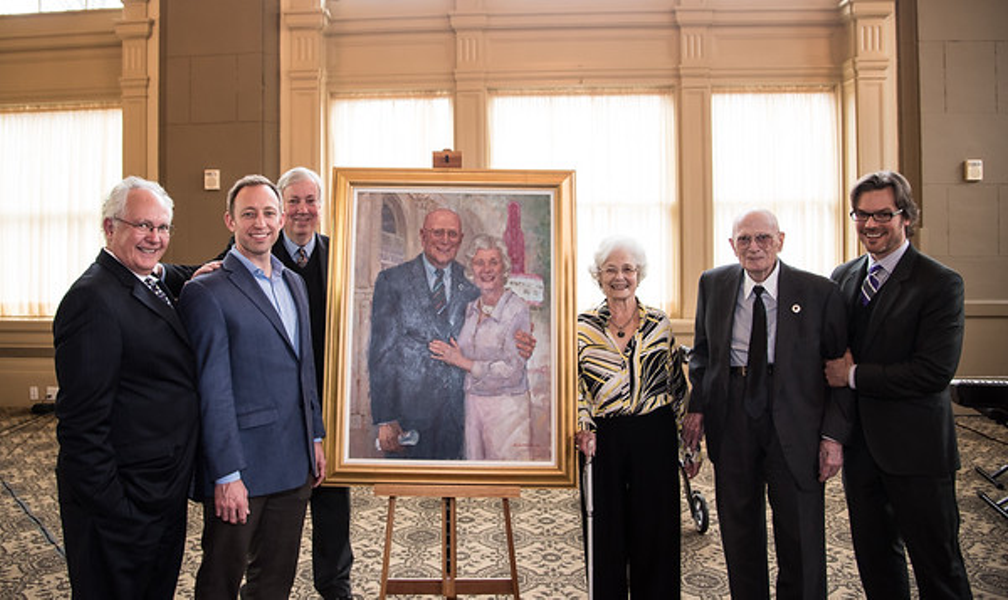 Aaron Sutten Neil November stands to the right of a portrait of he and his wife, Sara Belle.

A major local philanthropist and civic leader known for his love of theater, Neilson Jay "Neil" November has died at 93.

"He was a giant in the Jewish community. In a class by himself. Everything good that has happened in the last 50 years has had his imprimatur," says close friend Ric Arenstein. "He was an ardent Zionist, strongly pro-Israel, fought anti-Semitism. I would say he was the dean of the Richmond Jewish community."

November helped establish the Virginia Holocaust Museum, the Science Museum's planetarium and theater, and the Virginia Aviation Museum, as well as serving as president or chairman of a number of groups, including the Weinstein Jewish Community Center and the Capital Region Airport Commission.

Avid theatergoers, he and his wife also gave money to numerous theater groups in Richmond, including the Sara Belle and Neil November Theatre that houses Virginia Repertory. That theater will dim its lights in tribute to him at 8 p.m. Wednesday.

"This is a great loss for our community, Neil and Sara Belle have set the bar high for philanthropic giving," says Jacqueline O'Connor, founder and former managing director of Henley Street Theater. "They've helped shape who we are as an arts community. I think that's reflected in his love of his wife and the arts and how he combined those two things by dedicating arts buildings and theater halls to her. There are countless [at least eight] Sara Bell and Neil November buildings in this community because of that combined love."

O'Connor notes that they were the first people to sit down with her and listen to her dream of starting Henley Street. "I'll always remember that kindness and belief in my dream," she says.

November was the first chairman of the Capital Region Airport Commission which helped expand Byrd Airport into the Richmond International Airport.

"He loved to fly, but was also the most grounded person. He married his wife partly because she'd go up in the plane with him," Arenstein says. "She became his co-pilot in life."

Arenstein says that the Weinstein Jewish Community Center exists in part because November had been a force for it the last 50 years. "The [JCC] is what he believed was a most important part of the community. And his name is all over it."

Style will have a more detailed obituary in next week's issue.