For 17 years, Mike Rutz has proudly highlighted local concerts on his WRIR show “Activate!” which airs its final episode this week. 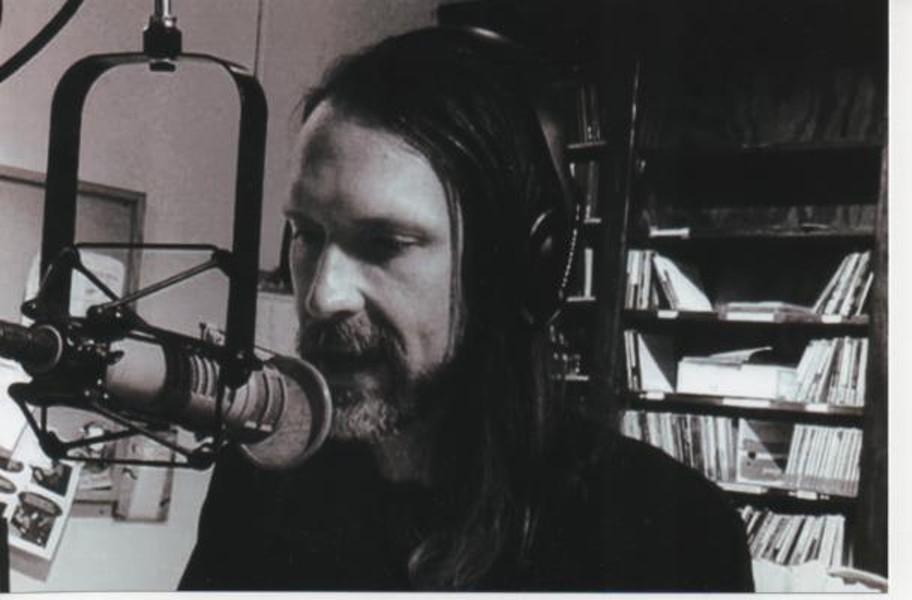 DJ Mike Rutz will host his final episode of "Activate!" on WRIR this Thursday, June 2 at 5:00 p.m. The show gave listeners a taste of the best local concerts happening that week.

For nearly two decades, Mike Rutz has tried “to activate” the minds of radio listeners when it comes to the Richmond music scene.

His WRIR 97.3 FM show “Activate!” has only ever featured music from local and touring artists performing in the River City that week. Basically, it's a curated audio calendar that you could tune into for choice cuts and commentary about what's happening at night. And considering the current proliferation of calendar newsletters and aggregator blogs, his show felt ahead of its time.

Go ahead and call Rutz an unabashed cheerleader for all things RVA, but he is just the kind of singular, optimistic proponent who is a vital presence on any arts scene. Unfortunately for us, the final episode of “Activate” is airing this Thursday, June 2nd at 5 p.m. But before he signs off, Rutz deserves major kudos for keeping his friendly show going this many years, and inspiring too many local concertgoers to count.

“I have some other goals, so I had to clear my plate of some responsibilities and open up some free time,” Rutz says about his departure, noting that he is not leaving Richmond and will still be going to shows. “It’s been a good run,[but] now it’s time to open up a slot for some new blood.” He adds that so far, nobody has been willing to continue the show on a permanent basis.

"Activate!" was born out of Rutz' enthusiasm for the city's nightlife scene. He still remembers being blown away by the sheer number of musical options after arriving here in the early 2000s from Savannah, Ga. (he is a Virginia native).

“Every night there were multiple options, but a lot of people either didn’t know about [them] or didn't really care. They were jaded,” he recalls. “I was super-excited about all these options … so that’s why I did the show. They need to know who’s playing and what they sound like.”

Full disclosure: Rutz also did some freelance music writing for Style Weekly at the time and says he started out using calendar information from local outlets like Style and RVA Mag, as well as random blogs, to help inform his show’s diverse playlist.

“Mike has done music fans a great service for so long, not only informing them of what's happening in the clubs but actually previewing the music and providing background information,” explains Don Harrison, a longtime writer and host of “Open Source RVA” on WRIR. “He's exposed me to unfamiliar music I've grown to love, and I know he's done the same for others."

Harrison also points out that Rutz' "concert calendar for the ears" approach is a rarity. "Commercial radio won't play local and indie artists, so ‘Activate’ could really only happen on a station like WRIR. Plus it's a lot of hard work navigating live appearances and gathering material. Can you imagine all the music Mike has had to wade through over the years?”

Rutz readily admits that it’s a “hard format” for a volunteer gig. He often had to spend six to eight hours before each weekly show digging to compile information on bands, shows or songs, while stitching together a musical flow out of disparate genres from bluegrass and hip-hop to pop, punk and heavy metal, among many. Always a warm and friendly personality, Rutz became known to some for using catchy phrase (that Style recently borrowed for a writeup); when it comes to listing an address for a house party, better to simply "ask a punk."

As he counts down to his final "Activate!" show this week, he wants to give shout-outs to some who helped along the way, such as JK, the former sound guy from Strange Matter, who once guest hosted for three months while Rutz was away. Also to his friends, Lewis and Chuck from “I Live With Zombies,” who wrote and recorded an “Activate!” song that he sometimes played on the show.

Rutz estimates that he hosted over 50 performances in-studio during his tenure, mostly by local bands. The fund drive shows were always fun, he says, because more people than usual would come into the WRIR studios; “really [it was] just a big celebration, positive vibe, and typically a live band playing as well."

In particular, he fondly remembers performances by Screaming Females and Julie Karr, one of his favorite voices in Richmond, as well as David J from Bauhaus (a favorite), and Monotonix, a wild band from Tel Aviv that performed a rare acoustic set on "Activate!" Rutz says he even discovered one of his favorite bands, Future Islands, on his own show.

Over the years, he’s witnessed many changes on the local music scene, from the closing of important small venues like Strange Matter to the increasing number of house shows and the diversification of concert bills, which he counts as a positive development. “[Also] Bandcamp has been a lifesaver,” he says. “The majority of what I play is actually from there. It’s easy to find and it’s quality streaming.”

When touring dried up during the pandemic, Rutz went back into his archives to highlight certain eras of Richmond music, tracking down old fliers and showcasing various venues and scenes of yore. “I got a lot of feedback that it gave people hope that live music would one day be back,” he says proudly.

Looking ahead, Rutz says that he may consider starting his own written concert calendar on the station website at some point. “I still think someone will come in and fill that upcoming void [that his show will leave],” he adds.

Unsurprisingly, established Virginia concert promoters like Jessica Gordon, co-owner of Broadberry Entertainment Group, are also sad to see his valuable showcase go. “Mike has been an incredible advocate for the live music scene throughout his tenure as the host of ‘Activate!’” she tells Style. “The local music community owes him a huge debt of gratitude and we will all miss him.”

We agree, wholeheartedly: Thank you, Mike! You’re a good egg. We’ll catch you on the flip side ... that may as well be RVA slang for "at a show, most likely."