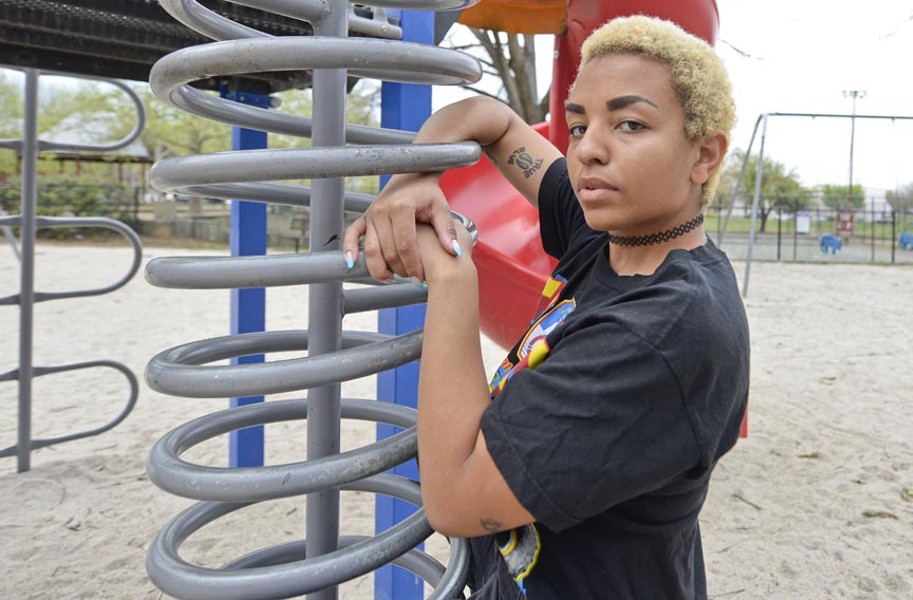 London Perry, aka Dazeases, recently came out as nonbinary. Although identifying as a femme, Perry has a fluctuating gender identity but presents as traditionally feminine.

“My experiences are not unique to me or even to all femmes, but I am writing from a femme perspective,” says Perry, who prefers not to be referred to with gender-specific pronouns. “And guys don’t have the same experiences.”

Perry’s lo-fi sad pop, which is sung to beats created and played on a laptop computer, confuses some people at shows. Because they don’t see an instrument being played, questions arise about whether the artist writes the music. Because the music is electronic, a predominantly male domain, men often will question how Perry created something.

“I feel like some dudes enjoy my music, but are glassy-eyed, which is strange for me because they don’t get it,” Perry says. “They thank me for being edgy instead of thanking me for being vulnerable.”

Too often, men will suggest Perry needs bandmates, when being onstage alone is very deliberate. “Coming from a guy I’m not even close with,” Perry says, “I have to wonder, who are you and why do you want to collaborate?”

In March, Perry released the EP “Local Slut,” demonstrating a more refined sound and providing a platform to explore what the word means to women and other femmes. All the songs were given the names of Richmond streets to reference specific relationships.
“
‘Local Slut’ was about moving on,” Perry says, noting the term as having various connotations, but predominantly a physical one. “Some can own it, but I can’t,” Perry says, “so I wanted to explore the emotional side. There’s a sense of disposability with people who are more sexually open and that’s hard for me.”

The artist’s goals for 2017 include playing more shows out of town and participating in more events with a local do-it-yourself collective devoted to queer artists of color, the Ice Cream Support Group. Perry wants to be part of bigger events and also is trying to make a concerted effort to create merchandise so fans can have something to take away.

After making music for two years without it, Perry says branding is the necessary next step, preferably without selling out, and to create merchandise that feels genuine and not capitalistic.

“It’s about becoming unavoidable in town, kind of like my vengeance after feeling like a shadow bastard,” Perry says. “I want to get to a point where people can’t ignore me.”

Dazeases performs May 10 at Sound of Music.