Drummer Steve Shelley and friends present a night dedicated to one of Sonic Youth’s most beloved albums. 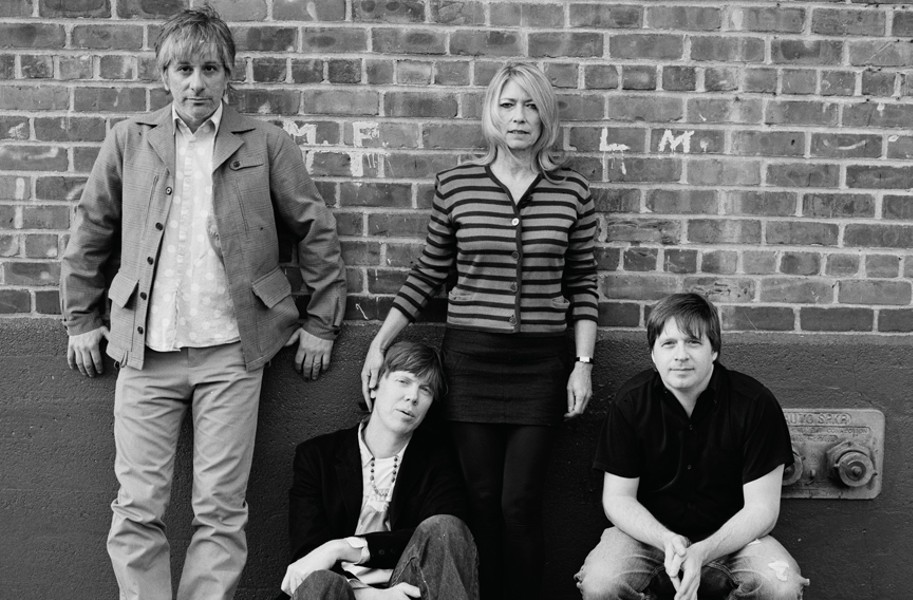 A Grammy nod is nice and everything, but I'd say it's even more impressive when your album is chosen by the Library of Congress to be preserved in the National Recording Registry as "culturally important."

That's what happened to influential noise-rock band, Sonic Youth, with one of its most beloved and critically acclaimed albums, "Daydream Nation" from 1988.

Emerging from the no wave art rock scene of downtown New York, the band became known over three decades as a bastion of feedback-drenched integrity particularly within indie rock circles, even though it spent much of that time on Geffen, a major label.

Sonic Youth played Richmond several times over its history, with its farewell tour stopping at the National in 2011. Soon afterward the group split in the wake of the somewhat public divorce of guitarist Thurston Moore and bassist Kim Gordon. She wrote a book and he moved to London with his new girlfriend.

But drummer Steve Shelley remains measured with his words when asked if the band has hung up its effects pedals for good.

"I don't really say anything," Shelley says, laughing. "I don't know what to say. We never broke up. I'd just say we're not active, you know? I feel like I'm still busy with the band between these movies, the archives, reissues and what not. We still talk on email and Lee [Renaldo] and I still run a Sonic Youth studio here in Hoboken."

By movies, he's referring to touring film series that began in October in celebration of the 30th anniversary of "Daydream Nation" and comes to the Byrd Theatre this week. The evening involves Shelley presenting various film clips of the band with a pair of guests joining him.

"I've been calling it a cinematic mix tape," Shelley explains. "It's a bunch of stuff from our archives all to do with 'Daydream Nation.' Some live bits filmed in '88 and '89, then there's a short doc called "Put Blood in the Music" by Charles Atlas — just the Sonic Youth excerpt from that, which has been color corrected and improved. And we wind up with Lance Bangs' concert film for 'Daydream Nation' when we did the not-quite 20th anniversary. ... Bangs happened to be there and filmed it."

In Richmond, the guests are Sonic Youth archivist Aaron Mullan and Bill Mooney, the band's merchandiser for more than 30 years and also the founder of Tannis Root and Kung-Fu, a merchandising and mail order catalog, respectively, from Raleigh, N.C.

"Aaron is from Maryland and now lives in Portland. He was our front-of-house sound guy for the last years of our touring life and he also ran the Sonic Youth studio," Shelley says. "He and I have been putting the movies together and working on a live archive. We upload concerts on this website, nugs.net."

The two draw inspiration from Neil Young, who asked Sonic Youth to open for him in 1991, and how he has handles his musical archives. "He's the best at it. We're always watching what Neil does and seeing if it translates to what we're doing or not."

Other members of the band, including Gordon, have showed up at various screenings around the country, which might fuel some fans' hopes for a reunion.

"I couldn't imagine that, but that would be great if it happened," he says.

Regarding former Richmond gigs, Shelley remembers playing Brown's Island with the Boredoms and Superchunk in the early 1990s.

"There were a lot of friends there, the location was memorable. That was a fun day," he recalls. "The [earlier] club shows in Richmond, I don't remember as well."

To jog his memory, I remind him the band played a cover of "Mom, I Gave the Cat Some Acid" for its encore at Rockitz in 1987, a year after playing tiny New Horizon's Café. "Oh yeah, right! Because we would play with Happy Flowers on those occasions. We were fans of their first Homestead record. Our rendition lasted maybe 30 seconds [laughs]."

Those small club gigs probably aren't as memorable as the times the band was not well received on a national tour, such as the 1995 Lollapalooza when thousands of Courtney Love fans would exit en masse from the front of the stage when Sonic Youth came on after Hole's set. I told Shelley that I watched this phenomenon happen at Cal Expo in Sacramento, while sitting in the bleachers with several of Pavement's grandmothers. They wore matching knitted sweaters.

"Ha. Yeah, Mike Watt used to scold us that we should have Hole play after us. But we had been asked to headline and just felt like the cool kids can come up front and we'll play for the people who are here," Shelley says. "Much harder than that was opening for R.E.M. You'd think their audience would be close to Sonic Youth but that was not the case at all. Their audience would do the tailgate party until they knew R.E.M. was going on."

Sonic Youth played to mostly empty seats on that R.E.M. tour, he says, more so than touring with Neil Young or Pearl Jam. "When we toured with Pearl Jam, Eddie Vedder would do a miniset on his own, just to get the kids in the parking lot in to see us. I always thought that was so nice. … It was kind of invigorating getting booed by Neil's fans in the South, you know? Some people still don't get it, and that's OK! [laughs]."

Shelley is known for running Smells Like Records, which is now called Vampire Blues after the anti-Big Oil song from Young's classic "On the Beach" album.

"I've put out about seven releases, mainly vinyl. Most I had played on or had something to do with. But I did reissue some records by my buddies in Fuck." He mentions New York bands the Mary Vision and 75 Dollar Bill duo as groups he's enjoyed hearing lately.

He's also working with Jack White's Third Man Records on a reissue for a band called L-Seven from Detroit. "They're sort of post-punk, but this wonderful woman named Larissa was the singer. She moved on to be the guitar player in the Laughing Hyenas on [label] Touch and Go. That may be out this year or next."

Otherwise, Shelley is staying busy as a musician. He will be touring with Thurston Moore's group in December, he says, but before that he's hitting Europe on tour with Mick Harvey of the Bad Seeds and J.P. Shilo of Hungry Ghost.

So what does he get out of touring with these films?

"It's fun to see people enjoy the band. For me, the discussion is the most rewarding part of the night, and it's usually different every night. It can go anywhere. The writer Byron Coley has joined us. The guests' memories have been fun. Brendan from Fugazi is going to join us in D.C. I just get a lot of fun from it."