State Director of Virginia Share Our Strength and Consultant at McGuireWoods 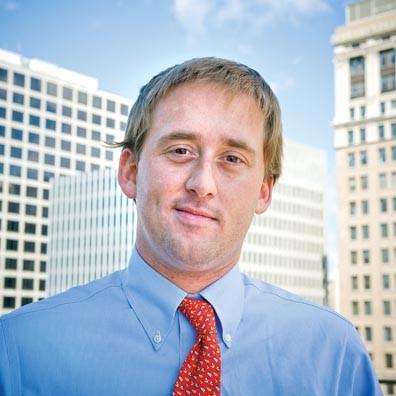 Davis Rennolds is a Republican. “The term ‘elephant in the room’ never makes more sense than when I’m taking meetings,” he quips.

But worthy causes are allergic to political ideologies, Rennolds says: “There’s a lot that Democrats and Republicans can butt heads on, but feeding kids is a hard thing to make political.”

Born from the tight relationship between Gov. Bob McDonnell and the powerhouse, right-leaning McGuireWoods Consulting, Share Our Strength works with state organizations such as Food Bank of Virginia to find new ways to combat child hunger. Its goal is ambitious: “We want to end childhood hunger by 2015,” says Rennolds, who serves as the nonprofit’s state director.

Formerly of the Department of Transportation, Rennolds was only a year into his employment at McGuireWoods when the brass asked him to head up the project last spring. It first launched a campaign to connect eligible students with summer meals programs.

An estimated 218,000 children in Virginia are at risk of going hungry, Rennolds says. To help ensure that they don’t, he says, it isn’t enough to dole out money to programs such as the Food Bank — something the group already does in the form of grants to upgrade and expand charity meals kitchens. The other part of the mission is to find ways of delivering people to those kitchens, he says.

“We’re still trying to figure out a way to address that,” he says candidly. “But I want us to be a leader of fixing the problem.”

Earlier this year the group launched its “No Kid Hungry,” bringing together the likes of actor Jeff Bridges and McDonnell in an effort to provide eligible kids with meals during the summer months. And with his organization in its first year, Rennolds says, he’ll continue to work with groups such as the Virginia Foundation for Healthy Youth to get needy kids to the food.