How parents can help their teens through the dating years. 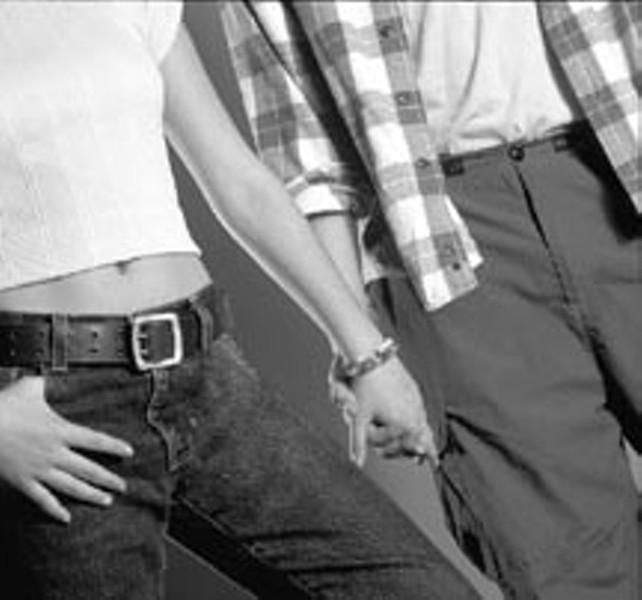 “Teens use a variety of different phrases to describe [sex], and those phrases change every few years,” says Dr. Brian L. Meyer, executive director of the Virginia Treatment Center for Children, and assistant professor at VCU’s Health System Department of Psychiatry. “The important thing for parents is to assume they do not know what a phrase means and to ask their child. It’s better to risk embarrassment than not to know what is going on.”

In some parts of the country the phrase “hooking up” is associated with oral sex.

“It’s becoming the thing with teens. It’s not an urban issue. It’s across the country,” says Michael J. Domitrz, author of “May I Kiss You? A Candid Look at Dating, Communication, Respect & Sexual Assault Awareness.” “They think they are gaining status by doing this. Teens feel that it’s safe — they won’t get pregnant. They are misinformed. It’s dangerous. It can cause disease, and once you start experimenting with something you go to the next level — sexual intercourse.”

Most parents are not comfortable talking to their teens about dating. But it’s something that needs to be addressed. According to Domitrz, one of the real keys when you talk to your teen about dating is the approach you take. “Parents typically say ‘It’s so different now. In my day and age...’ A teen hears that and thinks ‘My parents don’t know anything about me’ and the teen doesn’t listen to the parent.”

Parents need to establish a connection before talking to their teen. For example, browse through some old school photos with your teen and talk about how you felt on your first date. Reminisce. Ask your child if he or she has experienced any of the same feelings.

“Be creative in how you do that,” Domitrz warns. “Parents want to be human and approachable.”

Meyer says he believes it’s important to establish an open line of communication with your children before they are teens. “If teenagers feel criticized when they talk, they will shut down,” he explains. “Parents need to discuss sexual behavior and sexual feelings with their teens, particularly when their children are younger (12 to 14). While teens may act as if they know everything, and in some areas, they may know a great deal, usually there are significant gaps in their knowledge. Teens particularly need to be able to talk about the confusion they experience about sexual feelings.”

Teach your teens to be proactive. “The worst thing a parent can do is to teach their daughter to be submissive — not to speak out,” Domitrz says. “In a dating situation, she may feel less empowered to get out of a dangerous situation.” Male teens are promoted as being promiscuous. “So the son thinks he gets to be a player,” Domitrz adds. “He hears that and thinks he has to live up to it.”

Meyer agrees. “American parents sometimes give different messages to their children: they want to protect their daughters from having sex, but boys are encouraged to ‘sow their wild oats.’ This is a double standard. Parents should teach their teenage boys not to do what they do not want to happen to their teenage girls. Parents should also tell their teens that they will pick them up any time, any place when their children call them to say a date or a party has gone wrong.”

When it comes to messages that teens receive, Dr. Gilda Carle, author of “Teen Talk with Dr. Gilda, A Girl’s Guide to Dating,” says she believes teen girls feel they must snag a boyfriend. “I’ve had 9-year-old girls who write and say they don’t have a boyfriend and feel hopeless,” Carle says. “Eighteen and 19-year-olds who write that their boyfriend has dumped them often don’t want to know how to get over him but would rather find a way to get him back.”

One of Carle’s dictums is “don’t put out to fit in. That’s very direct but I don’t want anybody to feel that in order to be popular they have to do something they will regret in the morning,” Carle says. “I hear from kids from all over the world that they gave too much and didn’t get [the same] back. It’s the would have, could have, should have routine.”

“What I find to be the most important issue for everyone is the lack of boundaries,” she says. “I tell parents to use this expression liberally, ‘If you do X, consequence Y will happen. I trust you to make the right decision.’ You have to let your child know that he or she is special and that boundaries are a major part of life.”

Sometimes there is confusion about boundary lines. Parents can be either too friendly or too controlling. “Some parents are too lenient because they want to be friends with their kids,” she explains. “Others are too controlling and the kid rebels. You can be friendly but not friends with your kids. Each parent has to establish what friendly is in their house.”

As children get older, they become more independent and parents exert less control over them. “That means that it is more helpful with older teens to help them to think things through and solve problems for themselves, rather than giving them instructions about what to do,” Meyer says.

Parents can role model the behavior they want their child to learn. “We need to teach teens to ask before they kiss someone,” Domitrz says. “Asking should continue through all phases of dating. If you can’t talk about it with your date, then you are not ready to do it.”FS