Darkness on the Edge of Town

Swift Creek's "Wait Until Dark" deserves to be seen. 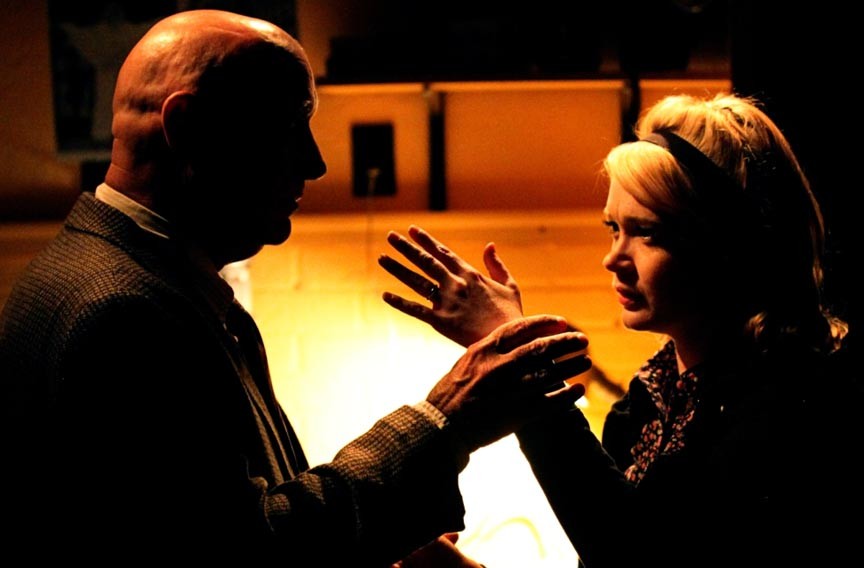 After three con men descend upon an unsuspecting blind woman, she must use every bit of cunning she has to outwit her assailants. Swift Creek's "Wait Until Dark" is an old-school thriller, much in the same vein as playwright Frederick Knott's better-known "Dial M for Murder." Like that work, famously reworked for an Alfred Hitchcock film, "Wait Until Dark" also was adapted into a film, starring Audrey Hepburn and Alan Arkin, in 1967.

Aly Wepplo stars as Susy Hendrix, the blind woman unknowingly in possession of a child's doll filled with heroin. The three baddies are trying to retrieve the lost doll, and can't forcibly take it from her because no one knows where it is. Instead they must trick her, creating an elaborate ruse to locate and retrieve the doll.

Wepplo's performance is outstanding, and she's gone to great lengths to be believable as the blind Hendrix. She reacts not only to every line spoken by the other actors, but also every creak in the floor and movement of the window blinds. Barry Pruitt is perfectly cast as Mike Talman, the con man who gains Hendrix' trust.

Tyandria Jackson plays Gloria, the spunky little girl that lives above Hendrix — she isn't afraid to be a bit devilish if she doesn't get her way. David Zimmerman's performance as Sgt. Carlino is wooden, and some of his choices as an actor don't make much sense. David Janeski portrays the con's mastermind, Harry Roat. Janeski's Italian accents are a bit far-fetched, but in the show's final scenes he grows into a terrifying force.

Tom Width's direction hits all the right beats, and his conclusion will have audience members on the edge of their seats. Width's set is authentic to the period, and Joe Doran's lighting design blocks out all extra luminosity in the theater, heightening the tension when the show plunges into darkness. Maura Lynch Cravey's costumes fit the period and match each character well. With its captivating setup, strong performances and thrilling climax, "Wait Until Dark" is a sight to behold. S