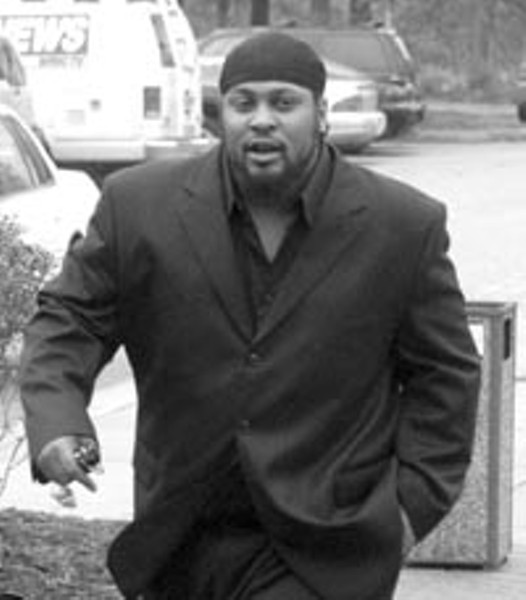 In November 2002, D'Angelo was arrested and charged with aggressive driving and verbally assaulting a woman in Chesterfield. He settled with the woman in civil court and paid a $500 fine for obstruction of justice.

But his legal problems didn't end. He was arrested in January in the city of Richmond and charged with disturbing the peace, carrying a concealed weapon, driving with an open container of alcohol and driving without a valid driver's license. The case is pending.

While his troubles have kept his name in the news, his failure to release new material has kept his name off the music charts. That may soon change. D'Angelo's lawyer, Ned Mikula, said his client is "hard at work" on a new recording.

The singer's last album, Voodoo, released in 2000, sold 1.5 million copies. Since then, the singer has been rumored to be recording a follow-up with the working title of "James River." (As he left the courthouse in April, the singer responded to a question about his next record and indicated that it would have a different name.)

D'Angelo is scheduled to return to court Aug. 29. — Craig Belcher