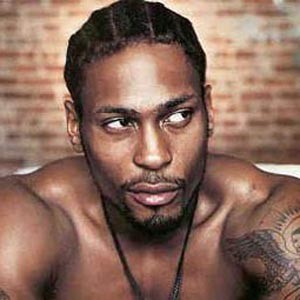 Last year Virginia native and Grammy award-winner Michael “D'Angelo” Archer was accused of offering $40 to an undercover policewoman in New York's West Village in exchange for oral sex. Last week he had his day in court.

Archer pleaded guilty to a reduced charge of disorderly conduct, and won't serve any time or pay any fines outside of court costs. Stacey Richman, whose clients have included rappers Jay-Z, Shyne and DMX, represented the 37-year-old singer, who police said had $12,000 hidden in his vehicle when he was arrested.

Since this latest run-in with the police, it's been another quiet year for D'Angelo. He still hasn't completed his third album (his second, “Voodoo” was released in 2000), and his solo appearance on music producer Mark Ronson's “Record Collection” — on a song called “Glass Mountain Trust,” released in September — largely was overlooked by mainstream media.

D'Angelo's manager, Lindsay Guion, refuses to comment on reports that D'Angelo fathered a son with a Richmond-area woman in September. Guion also declines to speculate on a release date for his long-planned third album.

In 2009 a former personal assistant, Malcolm Kee, claimed the singer failed to pay him for his services and won a judgment against D'Angelo and his production company for $7,518.18. D'Angelo also still owes $683 in fines and court costs stemming from traffic offenses in Chesterfield County in 2007, according to court records.