Dancing with the Ancestors 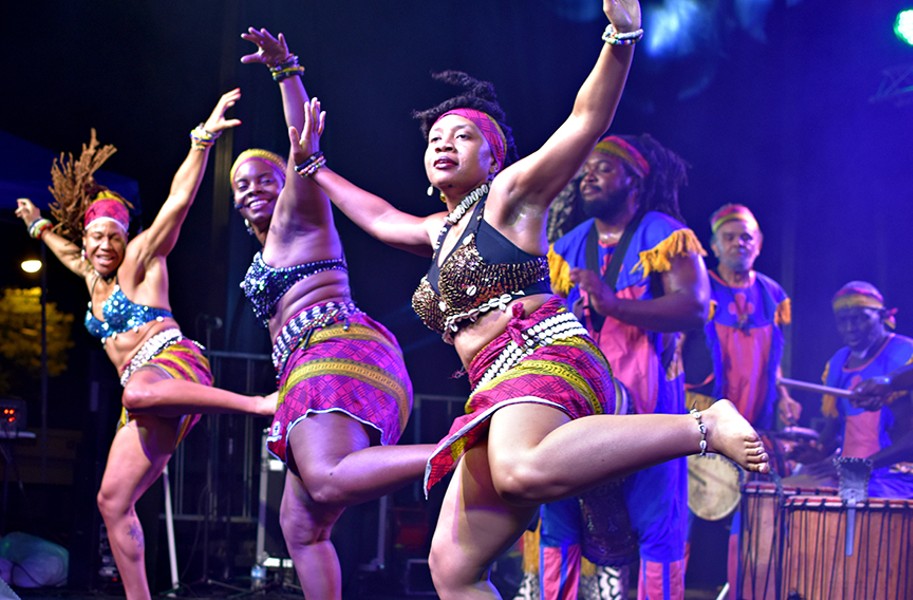 “Won’t it be wonderful when Black history and Native American history and Jewish history and all of U.S. history is taught from one book,” mused poet and civil rights activist Maya Angelou. “Just U.S. history.”

For the scores of Americans not taught the U.S. history that includes Juneteenth, your annual opportunity to correct that omission is at hand when the Elegba Folklore Society presents Juneteenth 2021, A Freedom Celebration on Sunday, June 27. Taking place at the African Burial Ground on East Broad Street, the event is Elegba’s 25th anniversary Juneteenth observance.

Elegba Folklore Society brought the idea of acknowledging Juneteenth as a holiday to Richmond as part of its ongoing pursuit of the African liberation that began here in 1619. Janine Bell, founding president and artistic director, calls it “Independence Day, our way.”

Bell explains that commemorating Juneteenth National Freedom Day provokes our collective thought that none of us are free until we are all free and, as she says, the clear vision of 2020 made it apparent that none of us are free. “This 25th anniversary observance suggests that, a quarter of a century later, we are still reckoning, albeit perhaps now with more intention, with these concepts of freedom.”

Beginning with a Get Woke youth summit at 1 p.m., the stage and grounds open fully for the Juneteenth celebration at 2 p.m. This year’s theme, Dancing with the Ancestors, expresses gratitude, remembrance and optimism through the prism of Afrofuturism, defined as the intersectionality of past with present and the multidimensionality of the future and liberation.

“This holiday commemoration will be sacred and joyful,” Bell says. “Attendees are asked to wear white, and they may bring ancestral offerings such as flowers, fruit, sweets, libations or other gifts of personal significance.”

Afrofuturism is a cultural aesthetic that has to do with reclaiming identities and perspectives that have been lost. Bell points out that the true nature of descended Africans in America has been dismissed.

“The American enslavement of African people and its ongoing legacies are responsible, where society’s script of itself is written in the name of whiteness,” she explains. “Through the concept of Afrofuturism, Black people can practice self-determination, align with our own stories, reclaim agency and construct the foundation of our possible futures.”

Priestesses from the Obafemi Institute for the Divine Study of Ifa will be on hand to administer a spiritual bath upon entry. Spiritual baths activate water as a conduit for healing. Priestesses in the Yoruba spiritual practice Ifa will infuse herbs that have been divined for usage into water to invoke purification and an openness to receive in those who partake. Considered a medicinal, the bath will be delivered to individuals in a personal, sanitized manner. 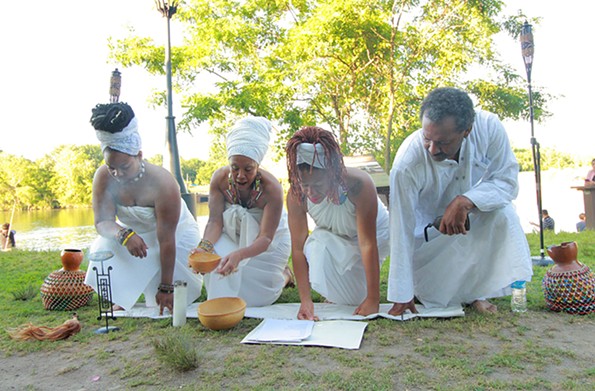 Historian Gerald Horne, the John J. and Rebecca Moores chair of history and African American studies at the University of Houston, is the author of more than books addressing issues of racism in labor, politics, civil rights, international relations and war. He will speak virtually and provide the historical, political and social context for America’s evolution and the presence of Black people here before the establishment of Juneteenth on or about June 19, 1865. He will take live questions after his talk.

Of the value of Juneteenth as a historical and cultural celebration, Horne says: “The importance, in part, is that it reminds us of how far we have come--and how far we need to go.” In the struggle for diversity, equity and inclusion, he sees the country at a crossroads. “It would be naive on my part to profess optimism in light of ongoing attempts to circumscribe the accurate teaching of history,” he adds.

Juneteenth 2021 will be emceed by Washington native and Atlanta resident Sa-Roc, an ambassador for Hip Hop is Green, an organization using the power and influence of hip-hop music and culture to expose and educate underserved communities about the benefits of plant-based eating. Considered an emcee for the socially conscious, her album is titled “The Sharecropper’s Daughter” and it pays homage to her father who grew up sharecropping tobacco. Entertainment also will be provided by local band Butcher Brown (see feature story this issue)—and Elegba Folklore Society’s African dancers, drummers, singers and masquerades throughout the day.

While Juneteenth has been celebrated in Richmond for a quarter century, there are many who still have no idea of its significance or place in U.S. history. Horne would like to see changes nationwide to address that.