Step by step, the VCU School of Dance grows and changes. 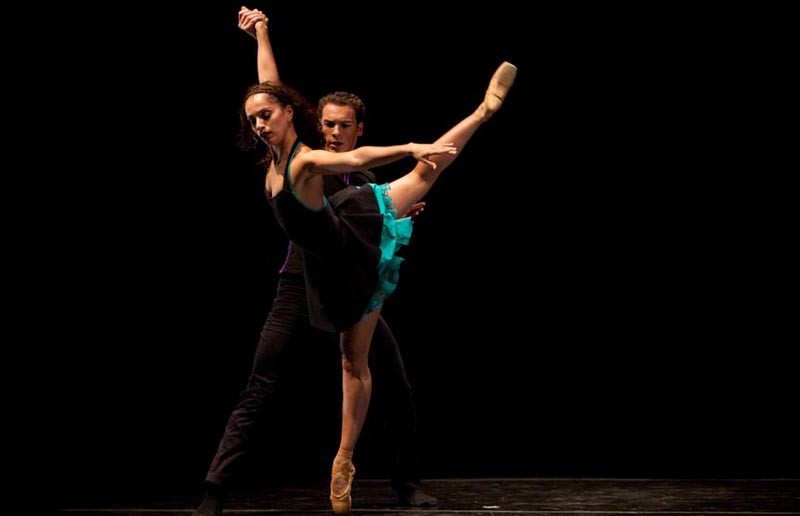 To hear Frances Wessels tell it, launching the Virginia Commonwealth University school of dance and choreography was just a matter of practicality and paperwork.

"I couldn't teach technique all day because it was exhausting," she says, "so I put in for an improv class and that carried, and then I put in for a dance history [class] and that worked ... and it grew like that."

When Wessels arrived at the university in 1975 to teach modern dance, the classes were part of the Health and Physical Education Department. She continued with her visionary paperwork, encouraged by the arts dean, Murry DePillars. "In 1981 we became a department," Wessels says.

In the 30 years since, VCU Dance has become a fully accredited and nationally significant undergraduate program with alumni dancing in prestigious companies such as Urban Bush Women and Bill T. Jones, to name a few.

Professor Martha Curtis, former chairwoman from 1996-2006, says the program excels beyond training dancers. "We have some students who are dancing in professional companies and touring all over," she says, " but the difference that we work on is that we want to enable our students to build dance careers so that dance can be part of their professional life on whatever level they are working."

Other paths for graduates include teaching, opening their own studios or starting their own dance companies. "Dancers must be entrepreneurial." Curtis says. "I think we combine this holistic focus with an almost conservatory-level training, so when the students leave here, they have skills."

Curtis knows what she's talking about: She also serves on the Commission for Accreditation for the National Association of Schools of Dance. The proof is also lies in the invitations that university students receive to perform in prestigious venues such as New York's Danspace Project and the Kennedy Center in Washington.

A strong component of the experience is the guest artist program. "It not only infuses the department with this amazing point of view that gets us all crackling from our interaction with the guest artists," Curtis says, "but then they go and talk about us. So then we begin to draw students from a larger arena."

Those students must compete to get in. The program accepts only about 35 percent of applicants who audition.

Another program spearheaded by Curtis is the four-year degree designed for Richmond Ballet trainees. The students, who pass auditions for both the university and the Richmond Ballet, take general education courses and modern dance technique as well as training at the ballet. The students who don't make the company or become apprentices then have the option to complete their degrees instead of hitting a dead end.

VCU Dance will open this year's performance season with Ballet Hispanico, a prestigious, New York-based company performing new work by choreographer Ronald K. Brown. The department's vice chairwoman, Lea Marshall, a longtime Style Weekly contributor, says that the season "will bring attention to our partnership with Richmond Ballet and demonstrate the connections between modern dance and ballet that is present in our program."

The performance will be at the Grace Street Theater, which the university acquired in 1993 and now is a performing venue run by VCU Dance. "That was a big deal," Curtis says. "When I first got here, our students would graduate without ever having danced on a stage."

It's all a world away from the original classes taught by Wessels in the Franklin Street Gym. At 92, she remains on the adjunct faculty, teaching improv. "I feel it's my baby," she says. "It grows and changes." S