An updated “My Fair Lady” comes to the Altria Theatre. 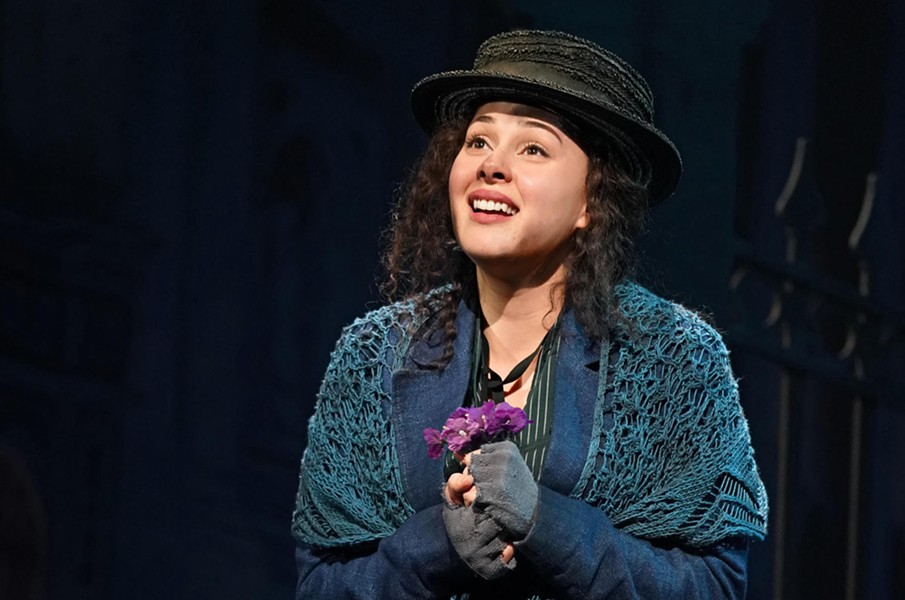 Shereen Ahmed stars as Eliza Doolittle, the protagonist of Alan Jay Lerner and Frederick Loewe’s “My Fair Lady,” running from May 31 through June 5 at Altria Theater.

Historically, Eliza Doolittle, the protagonist of Alan Jay Lerner and Frederick Loewe’s “My Fair Lady,” has been treated as a bit of a puppet by the men in her orbit. This poor flower girl with a Cockney accent is first sold by her father to phonetician Henry Higgins, then browbeat by Higgins until she becomes a refined lady.

In the Lincoln Center Theater Production coming to the Altria Theater on Tuesday, this is no longer the case. Here, Eliza has been pumped up from Higgins’ pawn to a proto-#MeToo hero with the help of new additions drawn from George Bernard Shaw’s play “Pygmalion,” from which the musical is based, and from Shaw’s screenplay from the 1938 film that starred Wendy Hiller and Leslie Howard.

And starring in this touring production is Shereen Ahmed as Eliza. Ahmed assures that even with the additions, it’s still the “My Fair Lady” audiences know and love.

“It’s a really fascinating take on class dynamics and gender politics, but it’s also hilarious and fun, and the music’s sweeping and incredible, so there’s a lot for everyone in this one,” she says, reached on Friday by phone from her native Baltimore.

For the uninitiated, “My Fair Lady” takes place in Edwardian London, and centers on a bet that Higgins makes with another linguist that he can teach Eliza to speak well enough to pass for a proper lady within six months. Higgins is self-absorbed and misogynistic, but Eliza endures, and Higgins comes to find that he’s falling for her.

A mega hit in its time that’s seen multiple revivals, “My Fair Lady” has long been a classic of the Broadway canon.

Ahmed says she’s loved it since she first saw the film version with Audrey Hepburn and Rex Harrison when she was 12.

“I fell in love with the whole idea of this woman on the streets of Covent Garden becoming a princess just by changing her speech,” Ahmed says. “As I got older, and I realized there was so much more to this show than just this woman transforming.”

Ahmed says the role is a difficult one to perform eight times a week.

“I’m onstage for three hours, I speak in two different dialects, Cockney and the Queen’s English, and because I begin in a Cockney accent, it doesn’t set me up for success vocally for the end of the show as a soprano,” Ahmed says. “You’re yelling and screaming the first hour and a half, belting, and then all of a sudden have this transition to ‘Dance All Night’ and ‘Show Me’ and these really beautiful arias, almost. Logistically and technically, it’s really tough and challenging.”

“I live for routines,” she says. “It’s gearing up for the marathon, not the sprint.”

Ahmed says the changes to this version highlight the gender politics and class struggles that already exist within the show.

“Audiences are going to be surprised by how intellectual the show truly is,” she says. “Depending on where we’re performing, some things land differently than in other areas, and so it’s a really fascinating experience onstage when the audience tells us where we should go tonight.”