An activist fights to stop sexual abuse and exploitation in youth sports. 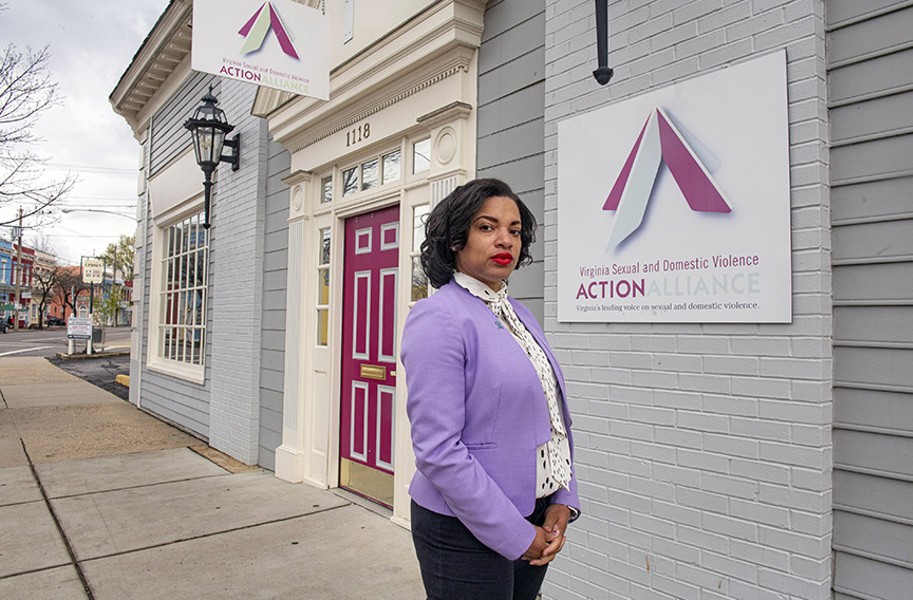 Fatima Smith, an advocate for victims of sexual abuse, remembers something important her mother once told her.

“My mom told me an obnoxious amount of times, ‘if someone, anyone touches you or hurts you, tell me. I don’t care if it’s your father, uncle, just tell me.”

But Smith says that after her cheerleading coach used house keys she forgot in his car to enter her home, then her room where she awoke to him touching her, she “didn’t say anything for almost a year later.”

“I loved cheerleading. I loved my coach. This bad thing happened,” she recalls. “But I didn’t know if I really wanted to say anything.”

Parents should know that asking children to come to them may not be enough encouragement for a child to report abuse, she says. That’s advice that Smith, who has a decade-long career in education and advocacy surrounding sex abuse, wants more caregivers of children to recognize.

On April 14, the activist is co-hosting the forum “When Trust is Exploited in Youth Sports: Healing after Sexual Assault and Abuse” with the Virginia Sexual and Domestic Violence Action Alliance, YWCA of Richmond, Hanover Safe Place, Henrico Court Appointed Special Advocates and former youth athlete Abbey Philips. The advocates aim to increase understanding of what causes sexual abuse in youth sports, how to identify abuse and how to support survivors and their caregivers. April is national Sexual Assault Awareness Month and Child Abuse Prevention Month.

Smith says that at age 11 she was abused by Maurice Jerralds, who coached at a Henrico County cheer gym. After the alleged incident involving Smith, Jerralds was charged with abusing two other girls. Smith testified about her own experience in one of those two cases, but Jerralds was acquitted in 2001. Jerralds continued coaching for nearly a decade before other girls shared accounts of sex, lewd texts and other offenses. Their testimonies eventually landed him a 20-year sentence on felony abuse charges.

Smith wants to end the societal tendency to doubt victims and the lack of sporting organization accountability that perpetuates sex abuse. It’s an issue that was nationally highlighted by the mishandling of abuse allegations against convicted sex offender Larry Nassar by USA Gymnastics and flawed misconduct reporting practices.

She says the most effective way to assist survivors is to believe them and that being ostracized by other cheerleaders as a child testifying against Jerralds in other cases, led to her not reporting an assault years later. False reports of sexual assault are estimated to fall between 2% and 10%, though as many as 63 % of assaults are not reported to police, according to the National Sexual Violence Resource Center.

In 2020, reporting by USA Today showed that the governing bodies of sport cheerleading in the U.S. – USA Cheer and the U.S. All Star Federation – have stalled in following up on allegations of sexual misconduct against minor athletes. Nearly 180 people associated with cheerleading who faced charges for sexual abuse against minors were not named on ban lists by the governing groups. Jerralds was among the 140 unlisted convicted offenders.

The organizations combined their reporting processes in December to increase oversight, and now list permanently banned offenders, and individuals who are temporarily suspended pending outcomes in the justice system. Over 134 names are listed, but most of them were uncovered by USA Today. Five individuals have been banned from gyms in Virginia. Both USASF and USA Cheer require background checks for coaches and support staff for membership. But USASF only requires background checks for members who will be with athletes backstage and in warm-up areas.

Smith says that gyms should be subject to a mandatory reporting requirement similar to federal Title IX guidelines meant to protect students in publicly funded schools and universities from sexual abuse.

Another obstacle is a dearth of national data, says Christina Mancini, a professor of criminal justice at Virginia Commonwealth University.

“The bigger picture is we simply don’t count these incidents in the National Crime Victimization Survey,” she says. “There’s no national survey we can tap into for the extent of youth athlete victimization and that’s really important, because a lot of these crimes are not reported.”

In 2020, Virginia lengthened the statute of limitations for victims of misdemeanor childhood sexual abuse to report incidents to law enforcement, from when the survivor is 19 years old to 23. State Sen. Jennifer McClellan, who worked with Smith and Philips on the legislation, notes that victims often don’t report until well into adulthood, if at all.

Fighting childhood sexual abuse requires the efforts of sporting and political leadership, families and victims themselves, says Shawntee Wynn, who leads sexual violence prevention efforts for the YWCA of Richmond.

“If adults who have been impacted by abuse … haven’t done their own work, then that continues to create this cycle of silence and not dealing with the issue.”