Richmond chefs vent their frustrations with a sometimes-oblivious dining public. 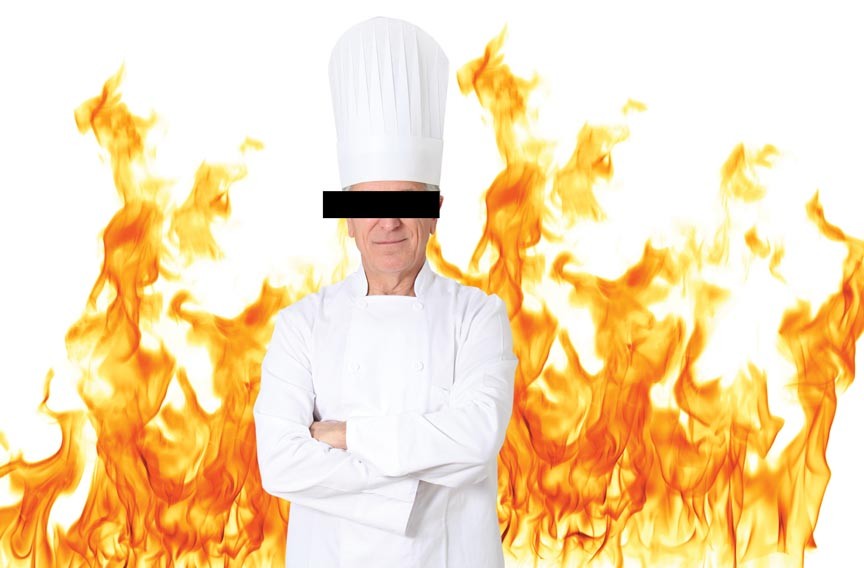 When it comes to bad service or an overcooked steak, a 21st-century diner often wastes no time posting scathing dissertations on Yelp and Urban Spoon. But for restaurant owners and chefs, there's no public forum to express the frustration of, say, diners who camp at tables, couples who want to split single meals or parties who bring cakes, expecting the restaurant to happily serve them instead of its own desserts.

Because dining out has become so integral to people's social lives, what can get forgotten is that restaurants are businesses, often operated on slim profit margins by people who usually are passionate about food and service. And while they're grateful for the customers who walk in their doors, owners and chefs have opinions, too.

Social media is "a double-edged sword," says Rick Lyons, owner of Lunch. "A good review or positive Facebook means the world to us and puts a smile on our face. On the other hand, a negative response will always do more damage than a positive one will create. Never take someone else's opinion to heart. At the end of the day the only opinion that really matters comes through your own personal experience."

Creating the flow of a restaurant is more complicated than it appears, says Wendy Kalif, co-owner of Bistro Bobette. "Just seating people in empty chairs is not the entire story," she says. "When there are visible empty tables, it's for a reason. Either the table is reserved, or the hostess is spacing out the demands on the servers and chefs, especially when each meal is prepared to order."

Her husband, chef Francis Devilliers, wants to bring diners back to reality. "Don't believe what you see on Food TV," he says. Glamorous television programs exist for entertainment, he notes: In reality, "the hours are endless and the tasks numerous. Restaurant owners are chefs, accountants, plumbers and psychologists."

The owners at Dutch & Co. — chefs Caleb Shriver and Phillip Perrow, and house manager Michelle Shriver — ask only that diners help them serve better. "If you have any food allergies, no matter how minor, please tell any restaurant that you dine at. As early as when you make a reservation to when you are first greeted by a server and always when you place your order. "It is beyond important," Michelle Shriver said.

Coupons are another irritant, says Randy Doetzer, executive chef at Julep's and Mint. "I feel strongly about people not supporting coupons," he says. "It's one of the worst things happening in this business and it's devaluing what we do. People won't even go out without a coupon and then they expect magic on the plate for a ridiculously small budget."

Doetzer advises that guests speak up when problems occur. "Don't support online forums as a way to bitch or complain. When you're at the restaurant, that's the time to make your concerns known. We can't help if you don't tell us when it happens."

"Be a little more open-minded when ordering," Doetzer also suggests. "That's the only way Richmond can make any real progress. We're not going to get anywhere serving crab cakes, but people expect them."

Echoing that sentiment is Paul Heitz, owner of Amour Wine Bistro, who suggests that guests try something new when they go out. "Develop your own taste," he says. "Don't listen to where everyone is telling you to go — decide for yourself. Don't just go to places where it's cool to be seen. Think about where you still want to be eating in 10 years and support those places."

Jen Rawlings, co-owner of Lamplighter Roasting Co., wants customers to be more mindful. "People come in and spend $3 and feel justified in taking up a table for hours using our Wi-Fi," she says. "We lose so much money with people on their computers while customers come in to eat and can't even sit down. We talk about taking it out every month because it's such a money killer. For our new place in Scott's Addition, we won't have Wi-Fi."

The casual vibe at Lamplighter can create challenges. "We love having people come in with kids and dogs," Rawlings says, "but we expect people to look out for each other. We don't want to micromanage customers. We like to see active courtesy, smokers putting out cigarettes when there's a pregnant woman or children nearby. Everything we serve is 200 degrees and that's a third-degree burn waiting to happen. People let their kids run in and out of the kitchen and that's dangerous. If a dog fight breaks out, the owners need to address it. Let's reinvent common courtesy and be diligent."

"Richmond is built on local people supporting each other," Lunch's Lyons says. "When's the last time the owner of the Olive Garden shook your hand and said thanks for coming? Your hard-earned dollar touches so many more people when spent at the local owner level. Be proud of Richmond and embrace the local whenever possible." S