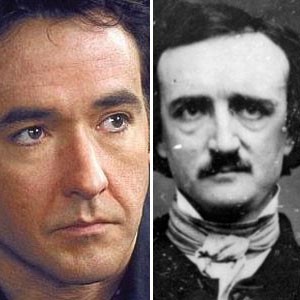 Was Edgar Allan Poe offed by a serial killer after leaving Richmond in 1849?

Well, no. He most likely wasn't. But that's the premise of a new film in which Poe, Richmond's favorite Gothic son, will be played by John Cusack. “The Raven” is the fictional story of Poe's last days, in which he stalks a serial killer who's kidnapped his fiancee.

In real life, Poe reunited with childhood sweetheart, Elmira Shelton, in Richmond in the fall of 1849. He then left for Baltimore, where he died under mysterious circumstances. “There's about a week of his life missing,” says Chris Semtner, curator of the Poe Museum.

No one approached the Virginia Film Office to discuss filming any part of “The Raven” here, says Mary Nelson, communications manager for the film office. “We're sorry about that,” she says in an e-mail. “It would be a wonderful project for Richmond.”

Like fangs and werewolves, Poe is hot. Interest in his works seems to have spiked after the bicentennial of Poe's birth in 2009, Semtner says. Two (loosely) Poe-inspired feature films were released last year: “Tell Tale,” about a heart-transplant recipient searching for his donor's murderer; and “The Tomb,” about a woman named Ligeia who steals others' souls. Even Sylvester Stallone has recently hinted he's ready to make the Poe biopic he's been talking about for decades.

Cusack “has a dark edge to his sense of humor, so he'd be a good Poe,” Semtner says in an e-mail. Quoth Cusack in a tweet last week: “send any poe-gold - my way as i begin this journey into the abyss.”

If Cusack's really looking for Poe gold, Semtner says, “I'd tell him to visit the Poe Museum.”