Culture Ahead: Put these upcoming arts and culture exhibitions on the calendar

“Two Moths and Six Insects” by Wenceslaus Hollar at the Virginia Museum of Fine Arts.

Richmond has developed into such a reliable art town that it's not about deciding if you should check out a new show, but which one you start with once 2019 arrives. In no particular order, here are some exhibitions that should be on your radar come the new year: 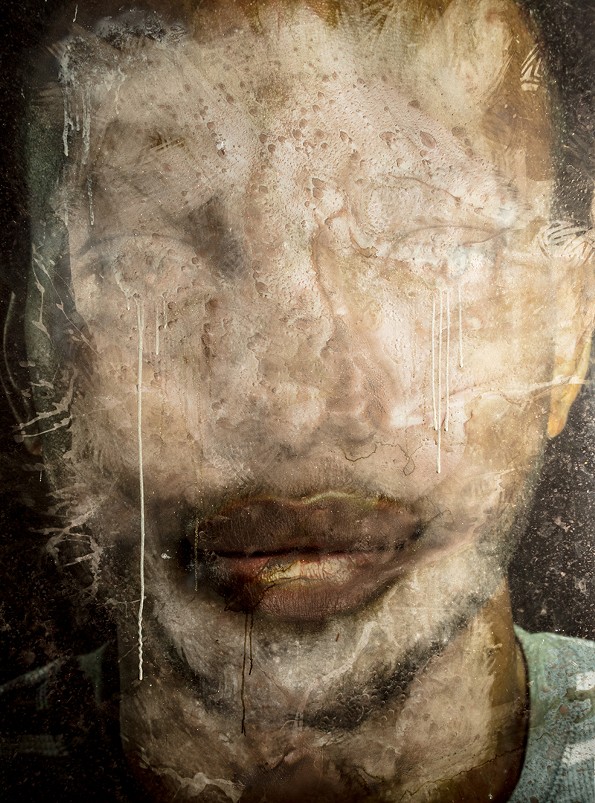 Chicago native Ervin A. Johnson was motivated by his personal experience as a queer black man, as well as the killing of black people, to create "#InHonor," a solo show of photographic mixed media portraits addressing racism and police-on-black violence.

It was around the time of the Trayvon Martin and Eric Garner protests that Johnson sought a way to honor blackness using influences of the abstract expressionist movement. After forcibly removing pigment from his original photographs, the artist painstakingly reconstructs the canvas with multiple layers of skin-toned colorant, creating portraits with a distressed quality, reflecting physical and symbolic signs of trauma and, according to Johnson, re-negotiation.

The hashtag title was chosen as a way to highlight the powerful role of social media in present-day culture. It also serves as a means to address truths about the past as well as current events, and as a way of seeking justice for those affected.

"Growing Up in Civil Rights Richmond: a Community Remembers" combines oral histories with photographs of Richmonders whose youthful lives were changed by their experiences living through the civil rights movement and who ultimately helped shape that tumultuous period locally.

Using portraits created by Richmond-based visual journalist Brian Palmer and excerpts from interviews conducted over several years by University of Richmond professor Laura Browder and curator Ashley Kistler, the exhibit aims to document the wide-ranging impact that the civil rights movement had in Richmond. Significantly, the exhibit also contributes to a more complete and faithful historical narrative of the city. Unsurprisingly, it also illuminates issues still faced today.

Truly the gift that keeps giving, the Frank Raysor collection — a promised gift to the Virginia Museum of Fine Arts — provides the 200 prints for "Hollar's Encyclopedic Eye: Prints from the Frank Raysor Collection."

Easily one of the most prolific printmakers of the baroque period, Wenceslaus Hollar came from obscurity, yet produced 2,500 etchings over a wide-ranging half-century career. Underrated during his lifetime, Hollar worked during one of Europe's most turbulent eras to create an astounding body of work that is remarkable for its range of subjects, superb details and documentation of the 17th-century Continent.

Although his name and profile are only now on the rise, Hollar's back story reads like a serialized novel. Born into a noble family, he lived through the 30 Years' War, the English Civil War, the Commonwealth and the Restoration. At various times in his life he was Protestant, at others, Catholic. As a young man, he learned the basics of printmaking from a court artist before making a habit of copying the works of great artists such as Leonardo da Vinci and Albrecht Dürer. Living throughout Europe, Hollar gathered materials for topographical prints such as "The Long View of Prague," and etched scenes of London before and after the Great Fire of 1666.

Hollar's work ethic resulted in the accrual of a great fortune and patronage from leading figures of the time, but he died penniless. Every event he witnessed affected him personally, with many eventually finding their way into his art. The exhibit offers a glimpse into what he experienced and left behind for others to be inspired by.

He may not have a smash Broadway musical written about him, but Hamilton's contemporary John Marshall also came of age with the new nation. "John Marshall: Hidden Hero of National Union" looks at one of Virginia's greatest Founding Fathers, a man who fought for independence as part of George Washington's Continental Army before stints as a U.S. representative and secretary of state.

The exhibit makes the case that that Marshall's biggest legacy is how, in the 34 years he served as chief justice of the United States, he remade the court into what it is today: a co-equal branch of the federal government with the ability to check and balance the executive and legislative branches' powers.

Using personal objects of Marshall's from the collection, the exhibit looks at how his accomplishments played a major role in shaping the nation's understanding of constitutional law. Considered a man of grace and humility, Marshall shunned recognition, which the exhibit hopes to deliver.