What some classic bar scenes teach about life — and how to find the classroom at a bar near you.

What better place is there to learn than in a bar? Life lessons, the finer points of human interaction, and most important, what never to do. There are few better places to build one's inner education. For inspiration, let us turn to the wisdom of literature and screen: 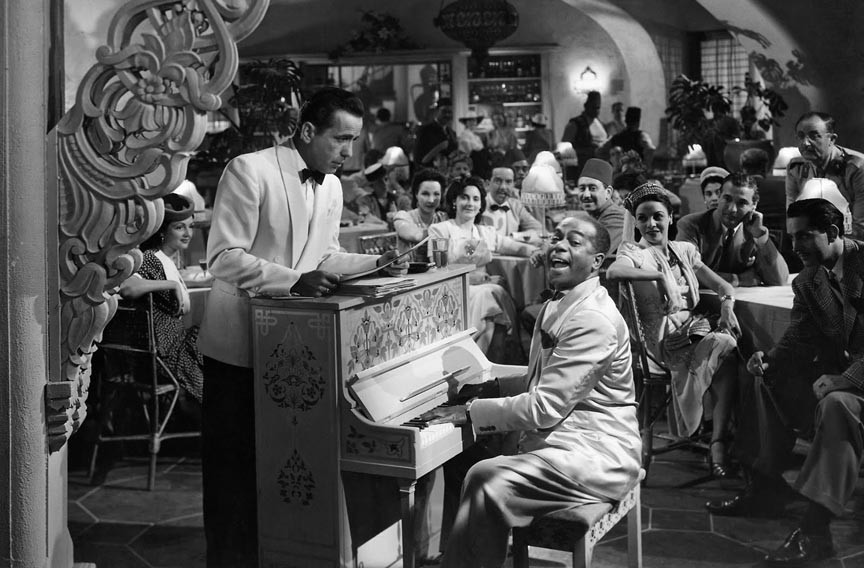 Rick's American Café is the World War II-era, Moroccan gathering spot for Vichy French, Nazis, expats, con men, refugees looking to escape, crooked lawmen and everyone else under the sun. The watering hole had no pretension and an owner with even less. With every scene there's something to be learned about bars and the people in them, but perhaps none more so than when Humphrey Bogart, as Rick, pulls the house roulette advantage, allowing a young, desperate couple to win enough money to escape the region, thus escaping the war and all the evils that come along with it.

The Takeaway: Generosity, whether saving people from fascism, buying a drink for a stranger, or overtipping a pregnant server, is the greatest characteristic one can possess.

Bar Recommendation: Europa, for the Mediterranean vibe. Perhaps a cigar at Havana '59 or the Tobacco Company Club. Bonus points for wearing a white dinner jacket.

A memoir of a young man, a bar called Dickens and the people contained within that bar. The story is heart-wrenching, hilarious, painful, uplifting and depressing at the same time, much like life. What Moehringer finds in Dickens is a home, a safe haven and a coterie of people who, like him, need camaraderie like one can only find in a special bar. As Moehringer says, "History is the narrative of people searching for a place to go."

The Takeaway: There's a reason people go to the same bar over and over. Being a regular — feeling accepted — is something that can never be underestimated or replaced with flash-in-the-pan delights. Make it a goal to find a place like that to call your own.

No one, and I repeat, no one has expounded on drinking or been more piercing with prose of the hangover as accurately (and painfully) as Kingsley Amis. His description of poor Dixon's crippling hangover is spot-on. (Tom Wolfe's description of Peter Fallow waking up "inside an egg with the shell peeled away and only the membranous sac holding it intact" in "The Bonfire of the Vanities" also is brutal and completely accurate imagery.)

"Dixon was alive again. Consciousness was upon him before he could get out of the way; not for him the slow, gracious wandering from the halls of sleep, but a summary, forcible ejection. He lay sprawled, too wicked to move, spewed up like a broken spider-crab on the tarry shingle of the morning. The light did him harm, but not as much as looking at things did; he resolved, having done it once, never to move his eyeballs again. A dusty thudding in his head made the scene before him beat like a pulse. His mouth has been used as a latrine by some small creature of the night, and then as its mausoleum. During the night, too, he'd somehow been on a cross-country run and then been expertly beaten up by a secret police. He felt bad."

The Takeaway: It's time to start drinking like an adult — with moderation, that is. Richmond may never learn this one.

Bar recommendation: Off the Hookah. If you know the hangover is coming, might as well go hard in the club.

Hitting a bar and brothel located along a desolate stretch of Mexican highway called the Titty Twister probably was their first mistake. But beating up the bouncer was George Clooney and Quentin Tarantino's second, most flagrant wrong turn. No one wants a vampire bloodbath of a war zone when all you're trying to do is get drunk on nameless whiskey and maybe score a prostitute or two — which is exactly what they received.

The Takeaway: Whether or not your server, bartender or hostess is a blood-sucking wretch of an employee to you, mistreating the staff of a bar is a major no-no. Next time, just pay the tab and leave. Don't ever return. Trust me, it works out best for everyone. That bar's hiring practices will end up biting it in the ass anyways.

A race-violent apocalypse, based on the author's personal experience during the L.A. riots, churns on outside while some middle-class white barflys barricade themselves in a bar. Their goal? Drink heavily until the bitter end. A grim, dark-humored, completely unapologetic look at alcoholism and the human spirit. The author, who also wrote "Leaving Las Vegas," committed suicide before he could finish the book.

The Takeaway: Experts will tell you that drinking during a tragedy or to numb the pain of a previous tragedy is the wrong way to handle loss, and those experts would be wrong. Sometimes a solitary drink or four at a quiet watering hole is the only way to deal with pain, especially if the world is actually ending.

Bar recommendation: Baja Bean. If the apocalypse is imminent, you could do worse than having 15 Tecates, some tequila and delicious cheap tacos on the deck. 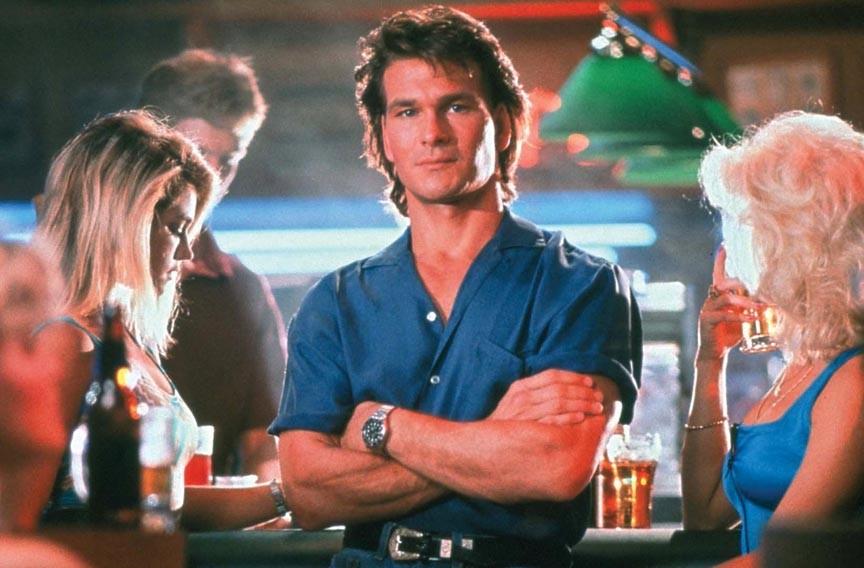 As '80s-cheesy and over-the-top as it can be, "Roadhouse" is a stirring bar classic. A quick summary: The owner of the Double Deuce has hired legendary bouncer Dalton (Patrick Swayze) to move to Jasper, Mo., to clean up what once was a great bar, but has turned into "the kind of place that they sweep up the eyeballs after closing." He accepts the job and moves to town to run the bar, only to find a tyrannical, fedora-rocking, evil despot (Ben Gazzara as Brad Wesley) who runs the city and its businesses through a mix of fear and nefarious henchmen. Awesomeness and roundhouse kicks ensue.

The Takeaway: Everything you ever need to know about anything. If you haven't already, go watch the movie six or seven times. Thank me later.

Bar Recommendation: Cha Cha's Cantina. Sometimes all you want is a rollicking bar, attractive women and loud music. Also, the door guy (Joe Kang) is like an Asian version of Dalton. If you want a dive bar, there are plenty of those in town too. But the fun is in stumbling into them without our help.