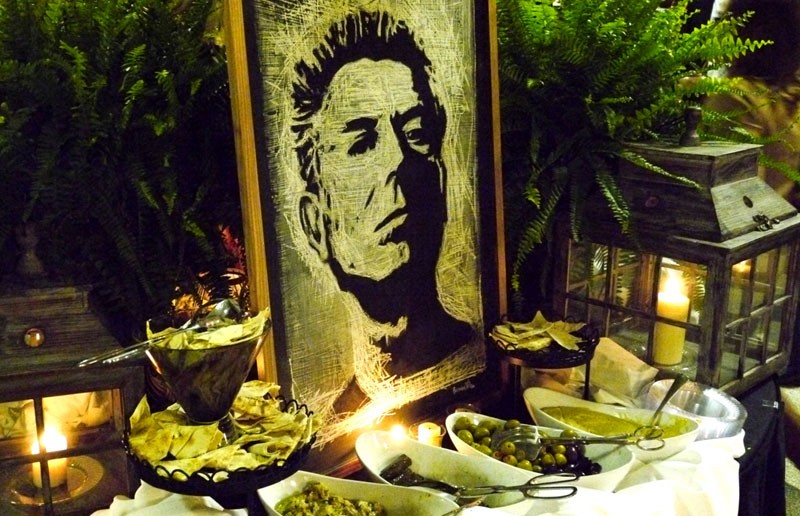 Of all the beasts world traveler Anthony Bourdain must dread encountering on the road, that long snaking line of fans waiting to greet him after a show could be among the deadliest. The chef and author, who admits he's "gracefully transitioning to the Bill Cosby years" while mounting ever bolder television projects, can't give fans all they really want. They show up dressed to kill, ready to party, hoping to convince him to hit the local bars or give them a job or find their questions impossibly original. It takes stamina, graciousness, and his self-described "nasty whore" status to take it all in stride. Bourdain remains alert and affable after nearly two hours of handshakes and photos under the Landmark basement's ghoulish lighting after Tuesday's "Guts and Glory" tour stop. He's especially affectionate with the chefs and line cooks who want to connect, who want to sniff out the guy's incalculable cool and easy wit. He snacks on shrimp and grits and drinks a couple of beers, perhaps not noticing that a few guests get back in line for a second chance at a better shot.

Outside, near the hotel limo, a clutch of die-hards hangs out under an almost-full moon, hoping Bourdain will make their nights too with some kind of post-show connection. They're familiar with his rants, the swipes at Paula Deen ("Whose grandmother makes this shit?"), Guy Fieri ("how will he gracefully de-douche?"), P.F. Chang's and "fake-ass Mexican" and vegans and annoying child foodies and Steve Irwin ("I think the Crocodile Hunter got what he deserved") and his own hypocrisies. "On the strength of one obnoxious book, the world is my oyster," he says of the ground-breaking memoir Kitchen Confidential that set his career in motion. "I can make self-indulgent television – I'm on CNN, bitch!"

"The restaurant business is the last meritocracy," Bourdain tells a questioner in the audience, "where people can say what they want… where we use the word fuck as a comma … but even that is changing. Snorting coke through uncooked penne is frowned upon. Yelling, insulting, casting aspersions – it's a very different world now. The open kitchen ruined everything for us."

Quips aside, Bourdain hopes to school his crowd on respect for the family meal, wherever in the world it is served. "Food is important. It means something far beyond the obvious – it's history on a plate. They're telling you something intimate when they're giving you a meal," Bourdain says, and that act of giving should never be diminished.

Back at the hotel, a basket awaits – smoked peanuts, dill pickles, pimento cheese, Olli charcuterie, toasted Billy Bread and other local foodstuffs assembled specifically for one chef by another, to remind the star that he's always welcome here. Within hours, he'll be doing it all over again in Newport News, fortified and ready to stare the snake in the eye.