Award-winning food writer Michael Twitty looks for healing in the South through the story of its African-influenced food. 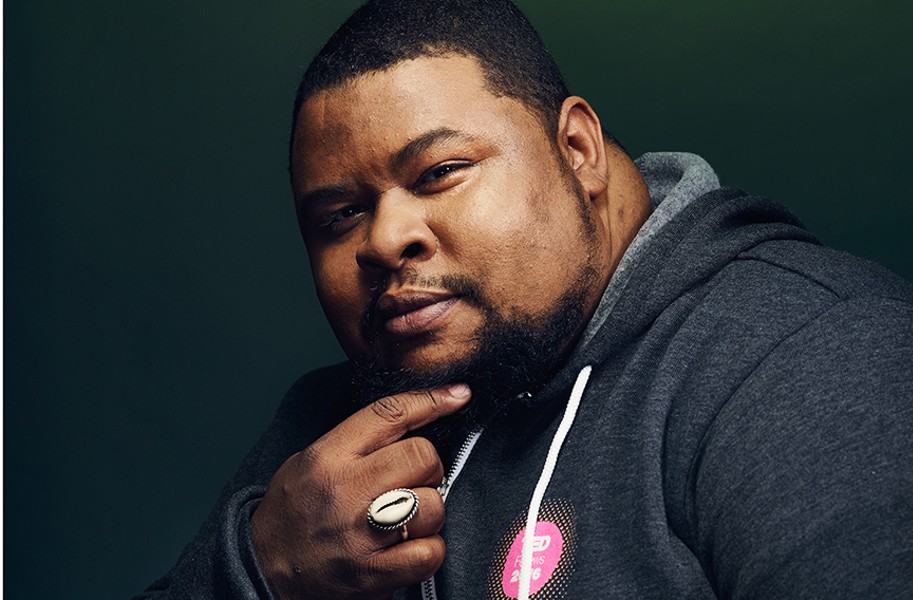 Ask culinary historian Michael Twitty why he’s dedicated himself to learning and teaching the story of black people through the framework of food and he’ll tell you that food was all that was left to his people.

The slave trade may have taken their names, their roots and their religion, but not their foodways. It only made sense to him to figure out who he was and where he came from by digging in and documenting how his captive ancestors brought about a significant enrichment in what the antebellum South was eating. According to Twitty, food shows the living what the dead went through by providing what he calls a lens of understanding.

“If you only had archaeological remains, you’d have the finely grained narrative of the role faunal species played in the lives of the enslaved,” he explains. “I may not know every detail about their lives, but through their food culture I get to be intimate with them, sit down to an imaginary meal and draw parallels and connect my feelings with informed assumptions about their own.”

That excavation of the past is detailed in his new book, “The Cooking Gene: a Journey through African American Culinary History in the Old South,” which he’ll discuss at the Library of Virginia. Offering a perspective on the country’s most divisive cultural issue, race, Twitty’s memoir of Southern cuisine and food culture looks back at his ancestry— as with so many Americans, it’s both black and white — through food, from Africa to America and from slavery to freedom. The author suggests that healing may be possible by embracing the discomfort of the Southern past because food has the power to bring the kin of the enslaved and their former slaveholders to the table.

“I wanted to show how an American family’s story could be told through food, specifically a family whose majority were people who made the Middle Passage from Africa to America,” he says. “I wanted to put myself under the microscope as well and look for the parts of me that are buried under the weight of history.”

Much of Twitty’s recent past has been devoted to doing historical interpretation work, using food to teach people about the lives of 17th-, 18th- and 19th-century enslaved people. That mission involves demonstrations of slave life dressed in appropriate clothing at places such as Charleston, South Carolina, Colonial Williamsburg, Fort Snelling, Minnesota, and Savannah, Georgia.

Calling this his Southern Discomfort Tour, he’s discovered that historical interpretation works as a way to get his message out.

“From the very beginning, you learn to harness people’s curiosity, that’s the key,” he says about getting people engaged by the idea that he’s doing something exotic and antique by demonstrating picking cotton, working in rice fields, chopping wood and cooking. “But you reel them in to make them present for a lesson on truth, history and the social relevance of food and its place in the conversation about race in America.”

Multiple trips to Africa have confirmed for Twitty the African influence over the South as being one defined by food. He cites leafy stewed greens, cowpeas and rice, barbecue, fried meat and fritters, rice dishes, mint tea, the spices and herbs Southerners use, okra soup, peanuts, sweet potatoes, seafood — fried and stewed colorfully and full of flavor with red hot peppers — as clarifying that link.

For Twitty, becoming a culinary historian was as basic as wanting to know the stories behind the food, the stories of the people who cooked the food and the circumstances those people lived in. Food and the intertwining of African and Southern food traditions are a path to racial healing because, he says, “It’s all about making peace with the fact we are the product of the survivors who created this powerful culinary tradition.”

If there’s a mold for a culinary justice warrior, Twitty would probably be the first to say it wasn’t used to create him. A self-proclaimed “black, Jewish, gay big guy” he was the first black author to win a James Beard Foundation book of the year award. “The Cooking Gene” is the first of his trilogy with the second book to focus on his black Jewish heritage and faith and the final book exploring the gay elements of his identity, along with his size and blackness.

While it’s likely his book will appeal to genealogists, museum professionals, historians and enthusiastic cooks, Twitty sees its message as far wider.

“It’s for anyone interested in the ongoing journey of the American South and the enduring resilience and genius of people of African descent here and beyond,” he says.

Michael Twitty will read from “The Cooking Gene: a Journey Through African American Culinary History in the Old South” on Thursday, Nov. 14, at 5:30 p.m. at Library of Virginia, 800 E. Broad St. lva.virginia.gov.