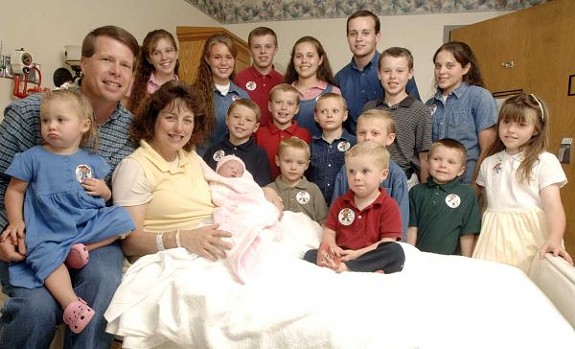 The day after former Gov. Doug Wilder announced he was endorsing Terry McAuliffe, Ken Cuccinelli rolled out a high profile endorsement of his own.

The Associated Press reports today that the family from the reality TV series "19 Kids and Counting" will be campaigning for Cuccinelli in Virginia next week.

With their show going into its 12th season, Jim Bob and Michelle Duggars have 19 children, but are trying for a 20th. The Duggars are devout fundamentalist Christians that don't use birth control and instead "decided to allow God to determine the number of children" they would have.

All of their nine daughters and 10 sons have names starting with the letter J.

The AP says "the Duggars will make stops in Lynchburg, Richmond, Virginia Beach, Fredericksburg and Woodbridge in support of Cuccinelli, the father of seven."