Britain's "The Office" is remade for American office parks. 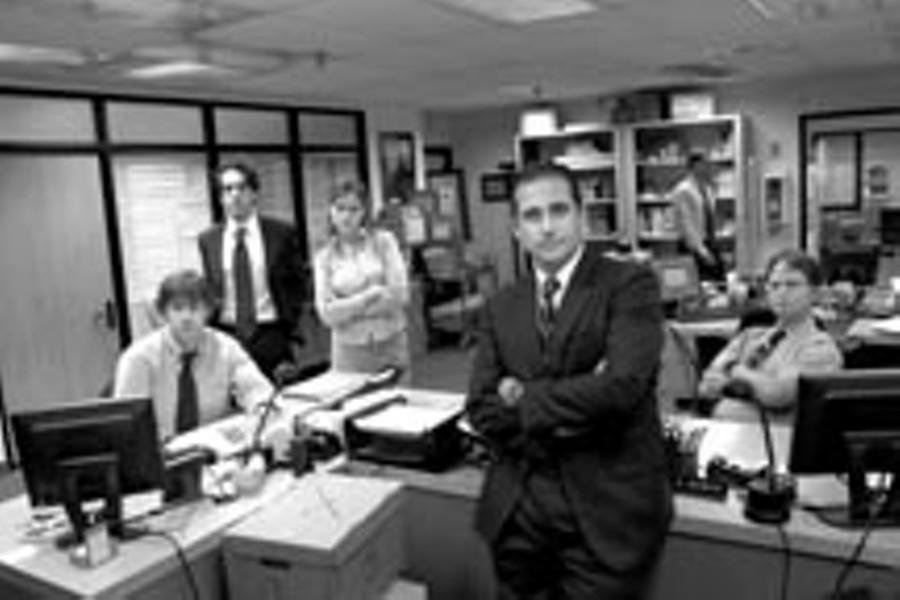 A couple of months ago, a rough cut of the pilot for "The Office: An American Workplace" (since retitled "The Office") surfaced on the Internet, and it seemed to exemplify everything wrong with American entertainment. Using the original script, with all the Britishisms edited out, the pilot seemed a pointless update aimed at xenophobic Middle Americans. "Daily Show" and "Anchorman" veteran Steve Carell is far too good-looking and self-consciously wacky a stand-in for Gervais, to whose Brent clammy desperation clings like skunk musk. The squeamishness I felt watching the original was replaced by discomfort at being a citizen of a country that can't accept a foreign accent unless it belongs to an action-movie villain.

But here's the thing — the subsequent episodes are really funny. The denizens of the American "Office" will be instantly familiar to anyone who watched the original. The uptight Dwight (Rainn Wilson, who also played the creepy intern on "Six Feet Under") replaces British character Gareth Kennan as an office striver who missed his calling as an Abu Ghraib prison guard. The original series' Tim is spelled by John Krasinski's Jim, who pines after engaged receptionist Pam (Jenna Fischer in the Dawn role) and tries to appear nonchalant about his job even as it slowly grinds his soul into bacon bits.

And then there's Carell, whose appeal I totally missed at first. Guys like David Brent don't have an exact analog in the United States — our drinking culture simply isn't as evolved. So Carell plays the lead role of boss Michael Scott as the quintessential empty suit, a small-time Napoleon who's given up God knows how much of his soul for petty power. He is the absolute ruler of nothing of consequence, with a burgeoning bald spot, a car full of Filet-O-Fish wrappers and nothing but an empty futon — this proves to be an important detail eventually — waiting for him at the end of the day.

The "Diversity Day" episode finds boss Michael chafing at the presence of a racial sensitivity instructor who's been sent down from corporate HQ. Michael refuses to believe the guy, who is black, is really named "Mr. Brown" and undercuts the seminar until Brown tells him that the reason he's here is because Michael performed a Chris Rock routine that relies heavily on the N-word at work (like David Brent, Michael Scott considers himself a student of comedy).

Michael handles every such defeat with characteristic bluster — you get the feeling that every setback hurts only for a moment. So he holds a diversity seminar of his own, with half-witted sensitivity exercises that only inflame interoffice problems. "Abraham Lincoln once said that if you're a racist, I will attack you with the North," he says by way of introduction. "And those are the principles that I carry with me in the workplace."

The dull white noise of office equipment permeates every scene, standing in for everything that's unspoken — Jim and Pam's star-crossed love, Dwight's desire to use "torture" as a motivating device, Michael's inability to do his job — in the everyday workplace. The American "Office" may be more cartoonish than the original, but cartoons that have unexpected resonance are something our country does very, very well. S