Cuban Colors: A Richmond Photographer Falls in Love With a Newly Accessible Country 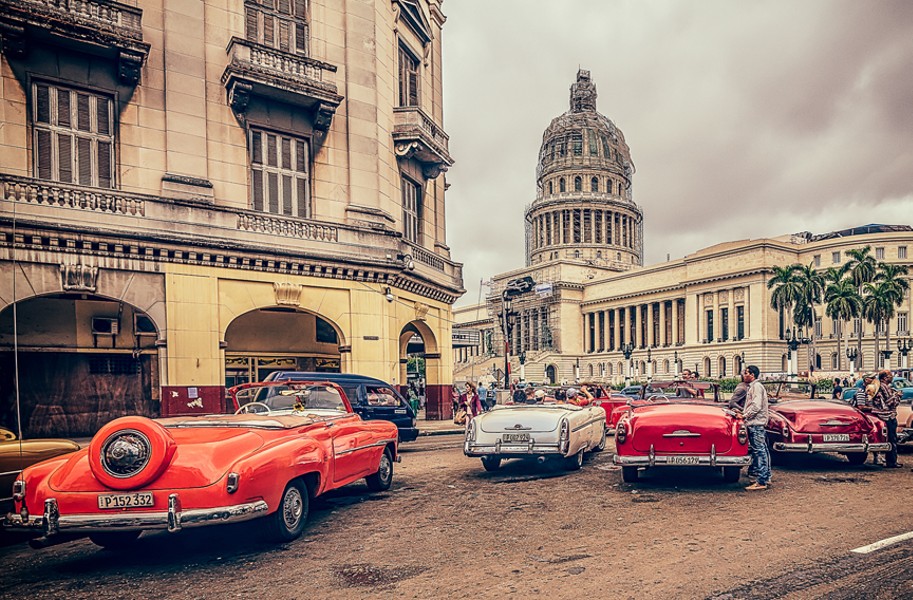 Joe Ring Taxis line the famous Prado in Havana that divides the central and old quarters of the city. The photo, taken by Joe Ring, will be part of a new show at Art Works.

The photograph, “Viva la Revolution,” makes it feel as if the occupants momentarily stepped away, when in reality, the owner was out front, sweeping water from the sidewalk in front of his home. Go on in, the Cuban man told photographer Joe Ring when he looked longingly through the open door.

“There was such an industriousness and friendliness to the people,” Ring says of his 10-day January stay on the newly opened island nation, “but also a sadness to their faces, as if they’re still waiting for the benefits of the revolution to come.”

From the hundreds of photos taken during his trip, he has assembled 15 works into “Cuban Chrome,” a show of photographs full of super-saturated colors on exhibit at Art Works Gallery.

Ring, who spent the ’70s as a professional wedding photographer in New York and New Jersey, eventually tired of demanding brides, prime-rib dinners and endless commutes from his studio in New Rochelle. So he made a 180-degree career switch to working for the New Jersey Department of Corrections for the next quarter of a century.
When he retired to Richmond to be near family, photography’s siren song called to him again the moment his daughter handed him a digital camera. His first lesson was getting used to having unlimited picture-taking ability rather than 36 frames per roll.

He hooked up with WCVE television after it contacted the Richmond Camera Club, seeking a volunteer photographer for an event. Along the way, he became friends with a photographer and travel writer working on a tour of Cuba, gaining an invitation to join the 12-person excursion.

Eager not to miss a moment of shooting, Ring was out by 6 each morning. “The Cubans were just getting up,” he says. “I’d see a father and son on their porch, the father sewing the sole back on his shoe and a woman separating chaff from rice. I got a lot of pictures no one else did.” 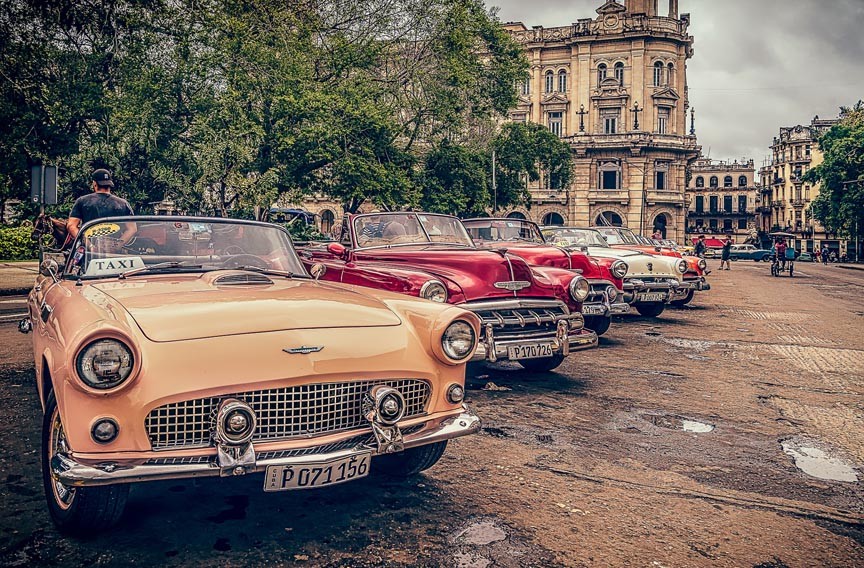 He quickly discovered that on an island dominated by Scandinavian cruise ships and European tourists, Cubans liked American visitors best —

“We tip!” And while some of his subjects wanted a peso to take their picture, many gave him a thumbs-up to shoot away.

On display in “Cuban Chrome” are the brightly colored vintage cars that have been ferrying Cubans around since before the Revolution, set against a background of imposing architecture along the Prado, as well as atmospheric street shots including “Wild Ride in Havana,” taken on his final night there by leaning over the windshield of a ’57 Chevy convertible cab while the driver honked the horn. A slide show, “The Faces of Cuba,” runs in the gallery to display the many portraits and candid shots he took of people.

“The place is rich in photography and we had a little more freedom compared to most tours,” Ring says, “so I tried to promote Cuba without the commercialism.”

Asked about regrets, he says he has only one: “Che Guevara’s son had a collection of vintage motorcycles and I didn’t get to shoot them.” Next time. S