Two virtuosos bring classical to country at the Modlin Center. 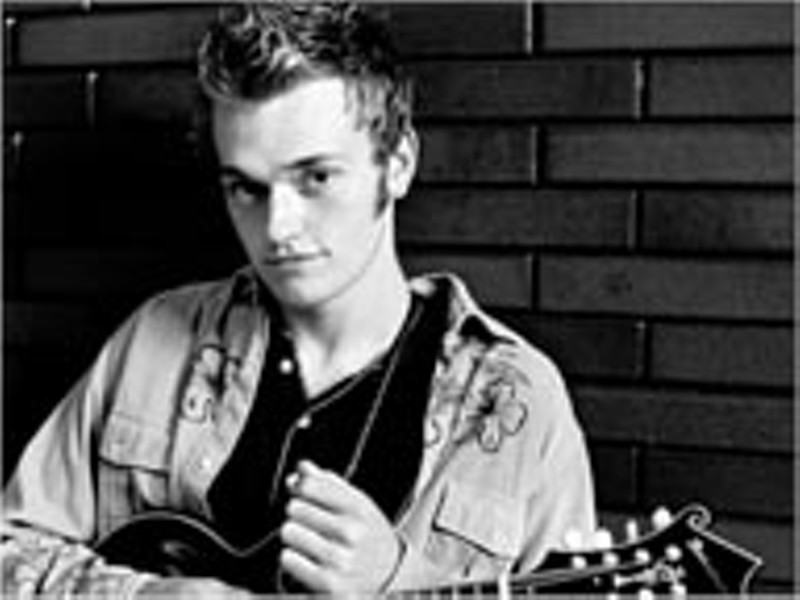 Interrupted while doing similar practicing for the upcoming tour with Thile, Meyer says that while the mechanics of learning new material are the same, the interpersonal dynamics and the compositions are completely different.

"None of the pieces are the same," Meyer says. "We will be doing a lot of music not done in any other tour. There will be 15 to 20 minutes of duos that I recorded with [violinist] Joshua Bell, but Chris takes a total fresh start on those pieces. I can't think of anyone so adept. ... He understands my intentions, and it's fun to hear them come alive in a new way."

He says audience members can expect primarily original work, although he and Thile will play a few Bach pieces they like.

Meyer's affinity for Bach runs deep; he first transcribed the composer's cello suites at the age of 12. His later solo performances were astounding; playing Bach's complex and graceful cello compositions on the far larger, less wieldy upright bass is a physical as well as musical challenge, like ballet dancing in hiking boots. Meyer's ability to render outrageously difficult passages with natural, lilting ease resulted in his being hailed by The New Yorker as "the most remarkable virtuoso in the relatively unchronicled history of his instrument."

In addition to high-profile studio sessions with commercial country musicians such as Garth Brooks, Vince Gill and Lyle Lovett, Meyer's classical career has been complemented by an equally brilliant parallel path in bluegrass. "What attracted me was the sound of the old-time, traditional music and acoustic instruments." Meyer says. "I liked the way the bass interacted with them sonically. And I was drawn by the fact that the bass isn't essential to the music; it gave me a clean slate."

Thile, best known for his work with the popular young bluegrass band Nickel Creek, admits to a fair amount of hero worship in the collaboration. "My first exposure was when he played in [all-star band] Strength in Numbers," Thile recalls. "At first I couldn't believe that a bass could do those things. Later I've started to slightly understand the depths he brings to his playing. His scope is inspiring."

Thile continues: "We haven't performed together [on the tour] yet, but we have been playing all day long. It's unbelievable, incredibly challenging.I couldn't imagine learning more."

Thile will bring some of his own work from solo projects and Nickel Creek. The emphasis, he says, is on team effort. "It's ending up as a nice, diverse set," he says.

While classical and bluegrass music are arguably essentially conservative forms, their combination opens up a range of musical possibilities. "People check their expectations at the door," Thile says. "They come prepared to be unprepared."

Crossing musical boundaries comes naturally to Meyer. "I try to follow a path that allows me to do what interests and excites me," he says, "playing beautiful music and learning new things."

To Thile, Meyer's openness makes him an ideal partner. "My musical education has been informal, ear-based. That has certain advantages and disadvantages," Thile says. "But Edgar and I are interested in similar things. For me it's a happy marriage, a dream and a grand experiment." S