Exploring the art of blurring boundaries in Richmond's design scene.

In botanical terms, cross-pollination is as simple as transferring pollen from one flower to another. For design purposes, think borrowing from one discipline in the service of another, bringing together disparate fields to forge new possibilities. Or just imagine a 3-D printer producing edible, colorful, origamilike sculptures made of sugar — a reality that debuted at last year's Consumer Electronics Show. 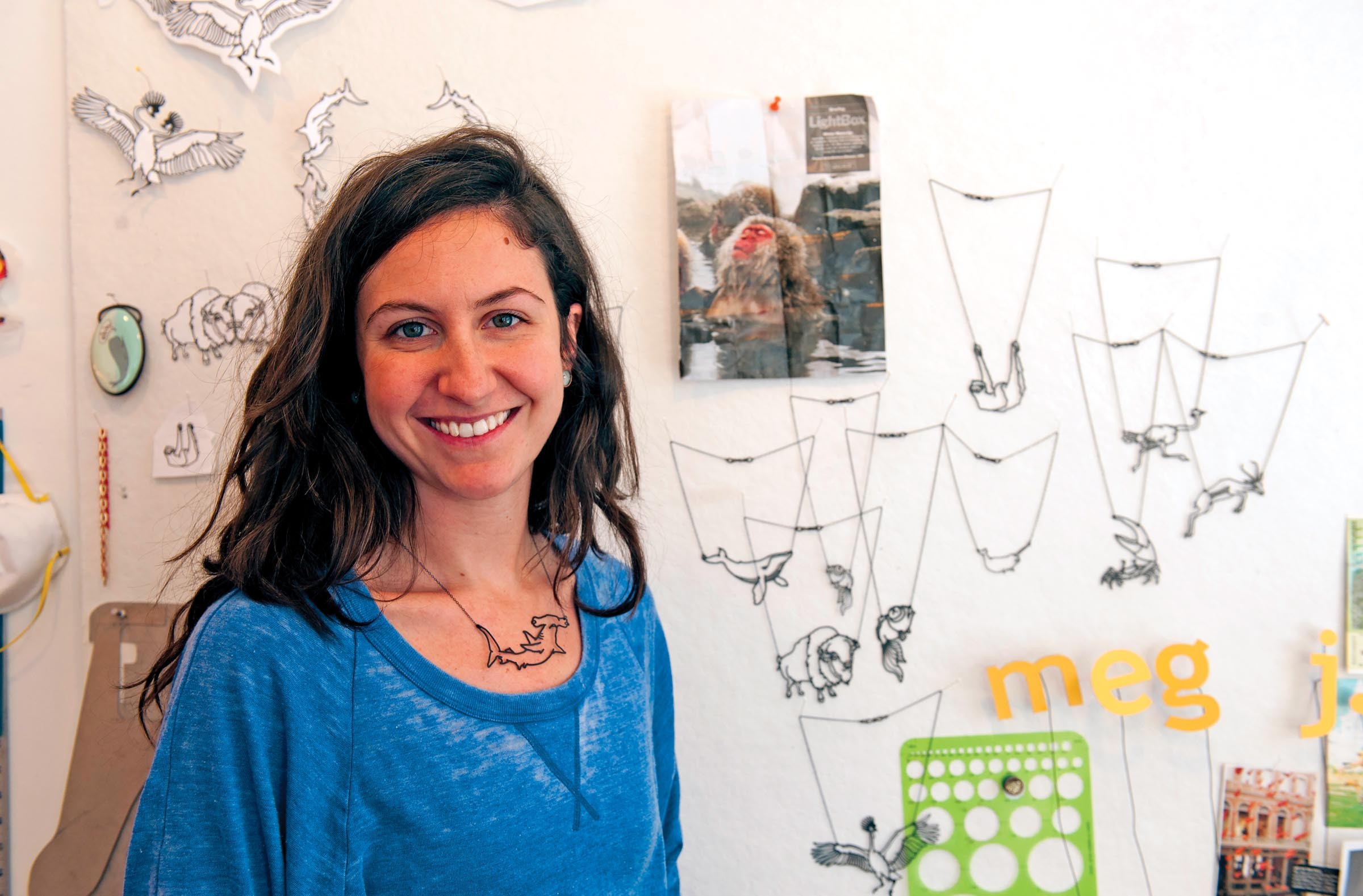 Meg Roberts came to Virginia Commonwealth University thinking she was going to be a graphic designer. At least until the day she picked up Marthe Le Van's book "1000 Rings," and realized that a type of sculptural jewelry existed outside of anything she'd known. While taking metalworking classes, she had her second epiphany: She didn't want to work in front of a computer all day either. So she set her sights on jewelry-making.

After a lack of nerve prevented her from getting a whale tattoo — "because they seem calm and I'm not" — she took the whale as inspiration for her first piece of distinctive steel jewelry patinated with gun bluing so it couldn't rust.

"I was looking for things based in nature, like unusual animals, so I did a lot of research to see what was out there," she says about wanting to create something unique. Sloths, a childhood favorite, became fodder for inspiration, along with ostriches, hammerhead sharks and springbok, the last the result of a long-time desire to visit South Africa.

Describing her subject matter as "the oddball, the irregular, the extremes from nature, even people who are characters, people with smirks or attitudes," her designs are executed using photochemical etching by a family-owned company in Indiana that also makes parts for NASA.

Looking like delicate, black outlines against skin, Roberts' jewelry often elicits what she considers the ultimate compliment for its wearers: "Sweet chest tattoo." 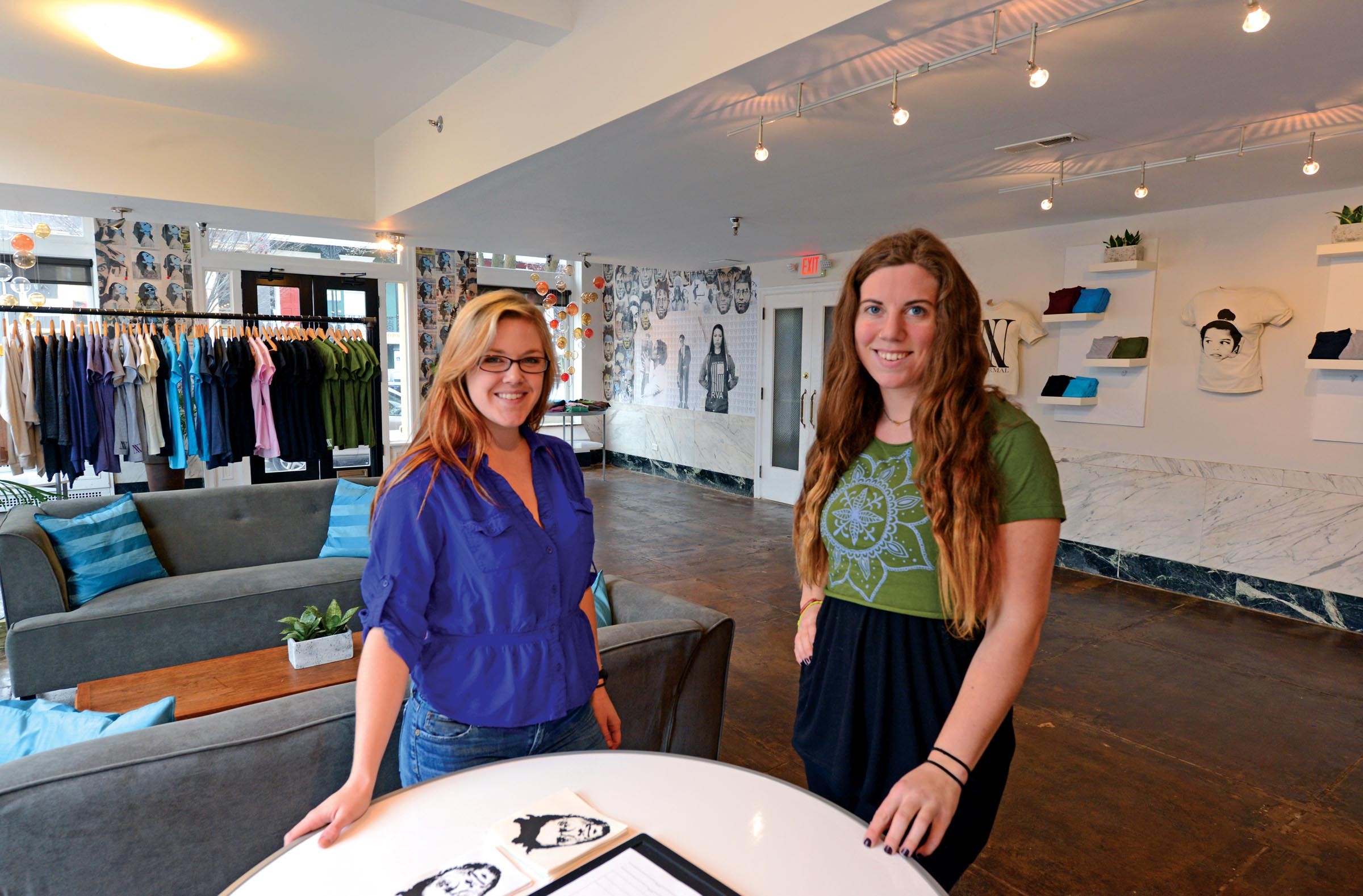 New Normal, an upstart clothing company in Jackson Ward, takes its inspiration for clothing design from the community. Artists, students and nonprofits come together to collaborate on a variety of T-shirt designs that reflect individualistic portraits of the city's growing culture.

Using cotton grown in Pennsylvania and milled on Long Island, eco-friendly, water-based inks are screen-printed onto T-shirts and displayed in a sunny corner showroom and gallery two blocks off Broad Street in the arts district.

Participants in the First Fridays Art Walk, New Normal features a local artist's work every month, plus two new T-shirts from the artist. On one, artists are given free rein to design. On the second, they're asked to interpret the ubiquitous RVA logo in a way that reflects what the city means to them. The artist gets 15 percent of the profits from the shirt sales.

"We want to be a platform for artists who didn't get other chances," says Kelley Blanchard, New Normal's creative director. "We choose artists who don't know how to promote themselves, like students and Richmond newcomers who need exposure."

Part of New Normal's business model extends to helping nonprofits raise money by designing graphics for them, printing them on shirts and holding fundraisers that donate 15 percent of the shirt sales, as well as any donations made, back to the nonprofits.

"We wanted a whole collection of different RVA shirts," marketing director Walker Wood says. "People here love to support local. Richmond may be small, but it's got a lot of pride about living here. We want to support that." 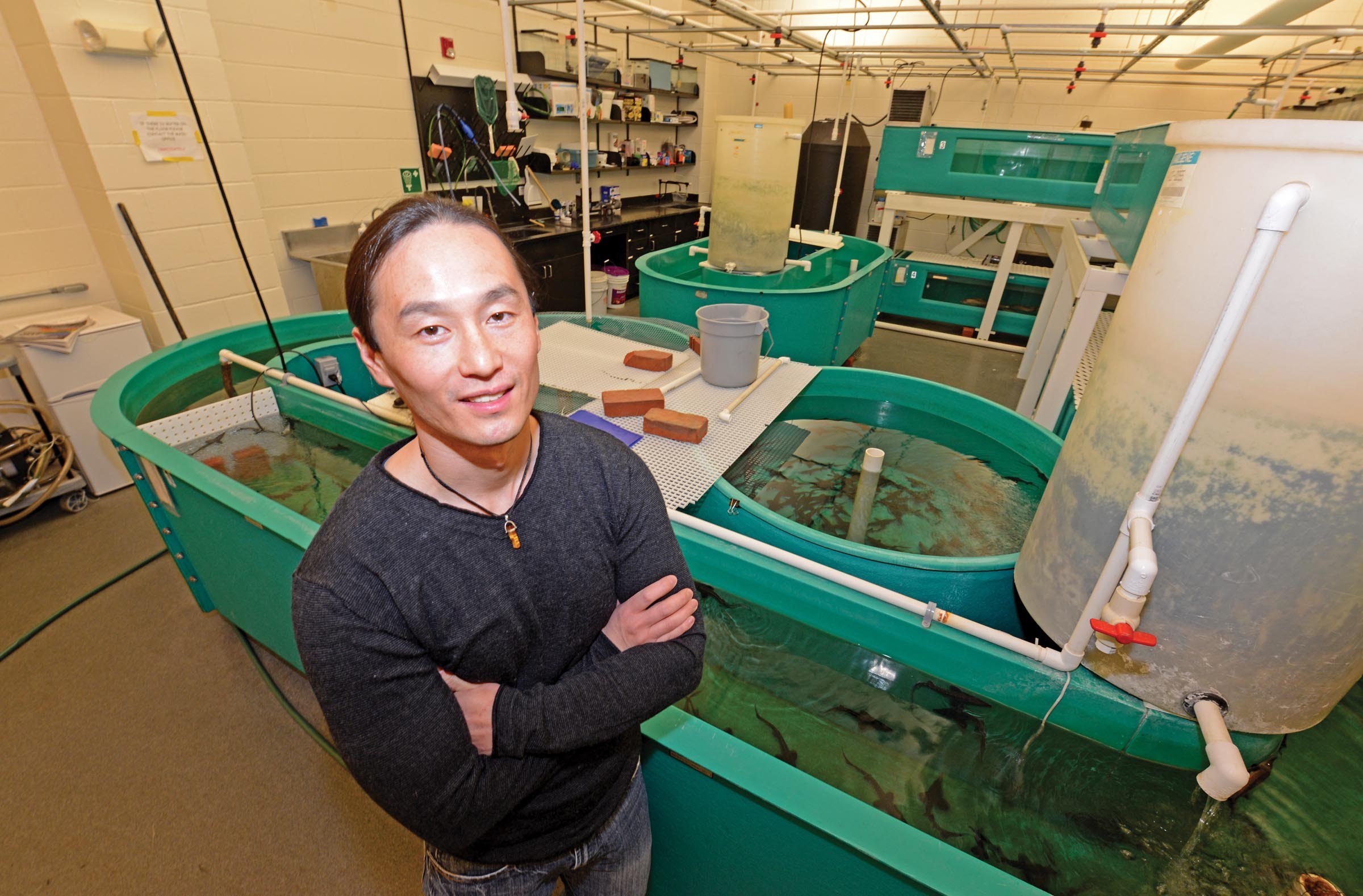 Dan McGarvey, an assistant professor at Virginia Commonwealth University's Center for Environmental Science, is an admitted jack-of-all-trades in fish ecology. As a scientist, he's used to presenting research findings, a crucial skill set he teaches his students. But it usually results in text-dense, poorly designed results indecipherable to nonscientists.

So when a student already working in graphic design presented an eye-catching, well-composed assignment, it was a revelation to McGarvey. He promptly signed up for a design class with Robert Meganck, VCU's communication arts chairman, and an idea took hold.

"It has to be visually pleasing before people bother to take a second look," McGarvey says. Historically, nonart students didn't have access to those classes. "Everyone at VCU wants to leverage the art school," he says, allowing that VCU's science students are more art-leaning than most.

Begun in the fall with an initial grant to allow "at least a couple of rounds," he says, the proposal would allow science students to take an entry-level class in art theory. It would give them a basis in composition and layout, followed by a lab course in Adobe Creative Suite. McGarvey envisions a self-sustaining program called eESP, which stands for Ecological and Environmental Science Perception, that would be the first of its kind in science study at the university level.

"If we can show five or 10 years down the road successful scholarship and that fellowships went up," he says, "that'd be wonderful. I can't imagine they won't."