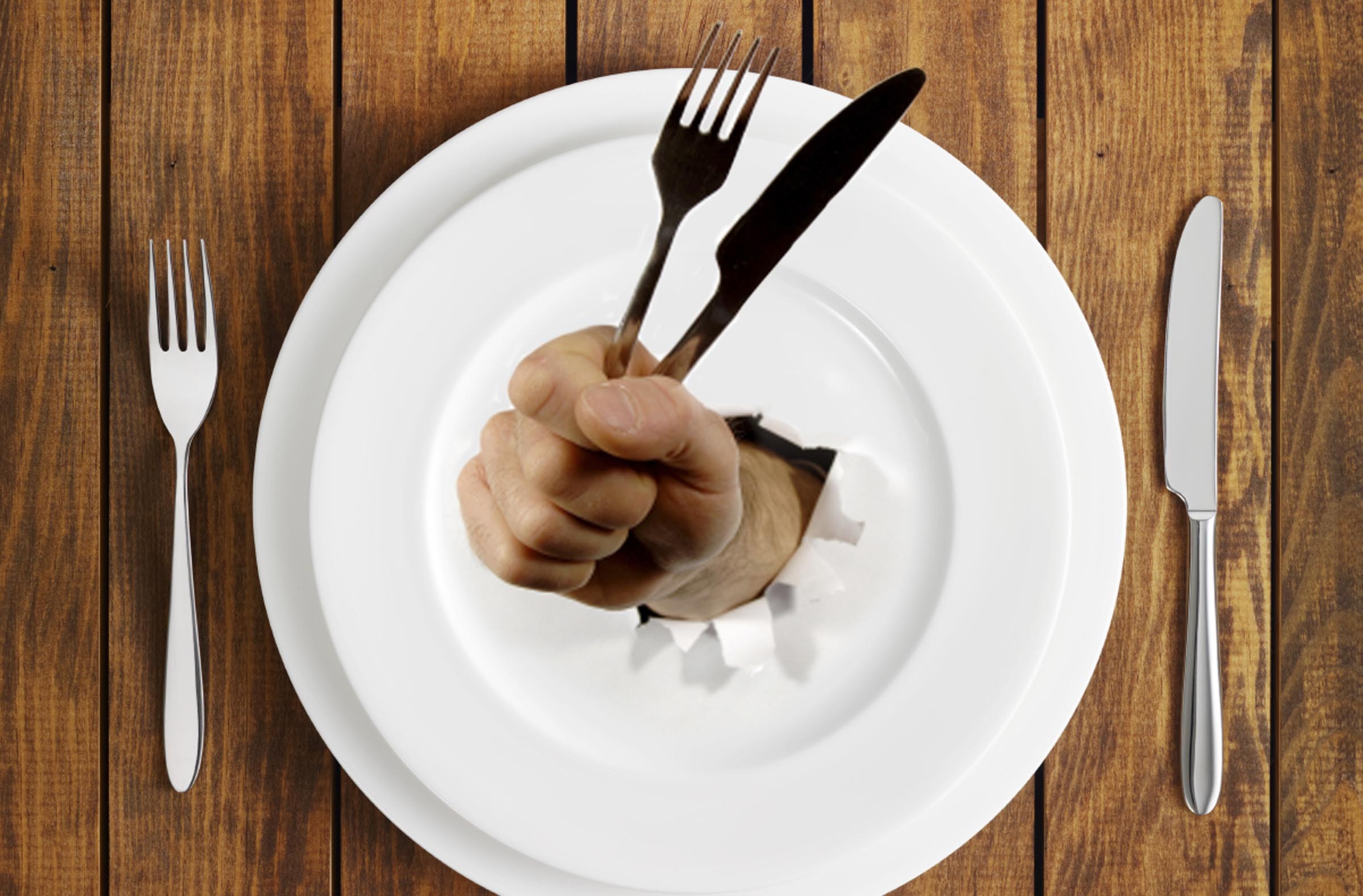 Chefs, when you come out of the kitchen to greet the tables, please put on clean aprons. While I can appreciate how messy some kitchen tasks can be, there's no reason you should stand by your customers and let us wonder if those brown, dried bits on your apron were meat- or tomato-sauce-splatters. Oh, and we sit at your waist level; our noses are right in position to smell the dirty apron and even dirtier side towel you tuck around your waist. — Ellie Basch

Don't have an extensive cocktail menu unless you have adequate staffing and a bartender who can service everyone else while making labor-intensive drinks. I shouldn't have to wait 15 minutes for a glass of wine while you make one complicated drink and ignore the people who just sat down in front of you. A local chef once told me that just because you can cook doesn't mean you can open a restaurant, and I'd add that just because you can make a clever drink at home doesn't mean you're qualified to be behind a bar.

Train your staff to ask why there's so much food left on my plate and I don't want a box. It means I just wasted money on something I can't be bothered eating — and you should want to know why.

Music is integral to a dining-out experience. I can't stand listening to just diners talking and plates clanking. It's like I'm eating in a cafeteria.

Consider water bottles or carafes to lessen the frequency of your servers' trips to refill glasses. It's such a simple thing and they can be refilled with tap water endlessly.

Don't make me ask how much the specials are after you recite them. Tell me. I don't like being surprised at a $32 piece of fish special on my bill when the regular menu tops out at $24.

I won't even waste my breath again on saying lose the TV screens, but at the very least, turn them off during dinner service. People can stay home and eat in front of the TV. Buzz kill with a capital B. — Karen Newton

Please at least get a menu — preferably not PDF — on your website. It's the 21st century.

Also get some local, or at least Virginia, beers. There's really no excuse for the small percentage of beer sales that goes to local brews, and too many restaurants don't have any local options. Support the local scene, please. — Matthew Freeman

Service should be attentive, knowledgeable and, in tiny places that have no wait stations, no "wall of invisibility." That means staff shouldn't talk about their customers on the floor in a negative way. It also means that chefs should accommodate customer requests as much as possible. Both parts of the program should strive to be of service to their customers, not act like they know food and service better than the guest.

Big, heavy wines are the most pleasing at blind tastings for the majority of tasters for a reason — they're delicious on their own for many peoples' palates. They aren't the best choices for a lot of dishes because they lack acidity or they compete with assertive spices. It's OK for a sushi place to not offer a cabernet by the glass. I'd rather have a choice of some more interesting and less tannic wines that compliment a menu of raw fish than a cabernet for cabernet's sake.

Websites need to have hours of operation, telephone numbers and addresses prominently written on the home page. Up-to-date menus would be nice too.

Just because an employee is at the bar chatting and not at the table, doesn't mean tables are unaware of their conversations. I have heard sex acts described while eating with my parents, seen far too many thongs adjusted (thank God the whale tail is out) and wished I carried some wet wipes with me after four different staff members handled my plate after bussing dirty glasses by their rims, touching their noses, counting change, and then grabbing my plate as if it were a runaway child. — Genevelyn Steele

Now that we seem to have a legitimate restaurant scene in Richmond, how about an expectation that successive waves of chefs and owners develop additional restaurants more like neighbors? Instead of the obvious, why not find a location somewhere that's currently underserved and be a pioneer? More power to people like Magpie in Carver, Camden's in Manchester and Dutch & Co. in Church Hill for giving locals their spots while pulling in food lovers to unlikely dining locations.

I'd like to see restaurants better serve the community with their hours of operation. This town can be a dead zone on Sunday and Monday nights — just ask anyone in Richmond's service industry who has those days off, or anyone who dines out often and wants to avoid the glut of amateur nights on Friday and Saturday. Kudos to Belmont Food Shop for making Wednesday the day it closes. Another that's seen the light is Magpie, which will be opening Mondays starting March 25. And to those restaurants who already do seven days a week — Secco, Bistro 27, Ipanema — thank you from the bottom of my frequent diner heart. — Karen Newton

Local chefs' bashing their own food scene, and restaurateurs using their customers as Facebook or Twitter jokes. — Robey Martin

Let's let pork belly go for a while. — Karen Newton

A basket of cold bread and butter. What's the point of going the extra mile to serve delicious, local bread when it's going to be ripped up by the attempt to spread hard butter? —Ellie Basch