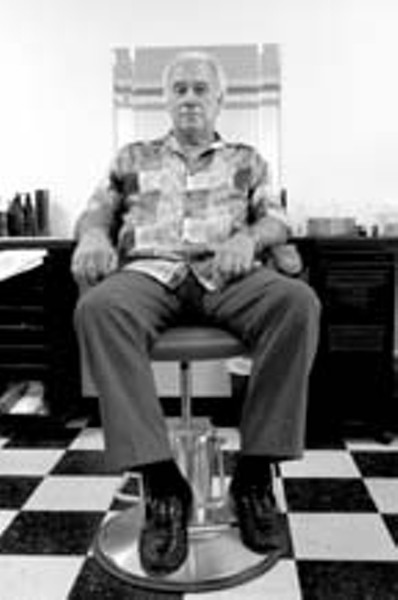 Style: What was the inspiration for the story?

Tremonti: My wife and I are big fans of "The Sopranos." About the third season it got really boring, and I told my wife, you know, it's a daggone shame that these people pay all this money to these writers, and this is all that they could come up with. So she challenged me to go back and write some episodes. … and that's what I did. And we sent them to HBO. …'Course, they were kicked back because they didn't know who we were or anything like that. You weren't in the inner circle or qualified for them to take your material. So then it was suggested that I put all this stuff together and change the names and make it a book. … And we came across this PublishAmerica, and they published the book and that's where we stand.

Mario Puzo, Francis Ford Coppola and Martin Scorsese have created a Mafia mythology in the last 40 years. Do you think it's changed since then?

I don't think it's really changed that much, because you always hear when one little soldier of the Mafia or one little wise guy gets in trouble, it's big headlines everywhere. … Although the Italian Mafia's supposed to be extinct now, it's still really big news when they catch somebody doing it.

The barbershop in "Cousins" is a hub of social and business life for Sonnie's grandfather. Is the modern barbershop still considered a social meeting place?

Well, it really is. Down here in Richmond, it isn't so much that way, but up in Pittsburgh and all, up in those northern cities, when you have all these ethnic communities … that's where you did a lot of business, in a barbershop, whether it was with your haircut or meeting people and talking and knowing other people from the little town that you're from. It was a social circle, really.

How does it feel to have finally finished and published your book?

Well, it's been an experience. … I had a lady tell me, "You don't realize what you've done. You've written a book. Many people in the whole world want to write a book, but they don't know how to do it, and you sat down and did it." And I asked her, "Do you play golf?" And she says no. And I said, "Well, if I took you out on a golf course and you made a hole in one … everybody would say, 'Man, you made a hole in one.' But you really wouldn't know the significance of it, because you're not a golfer." And I feel the same way because I'm not a literary person. … It just came out. I guess I've got a good imagination. S>

Tremonti's book is available at Barnes & Noble on Huguenot Road and online at Amazon.com.Letters to the editor may be sent to: letters@styleweekly.com