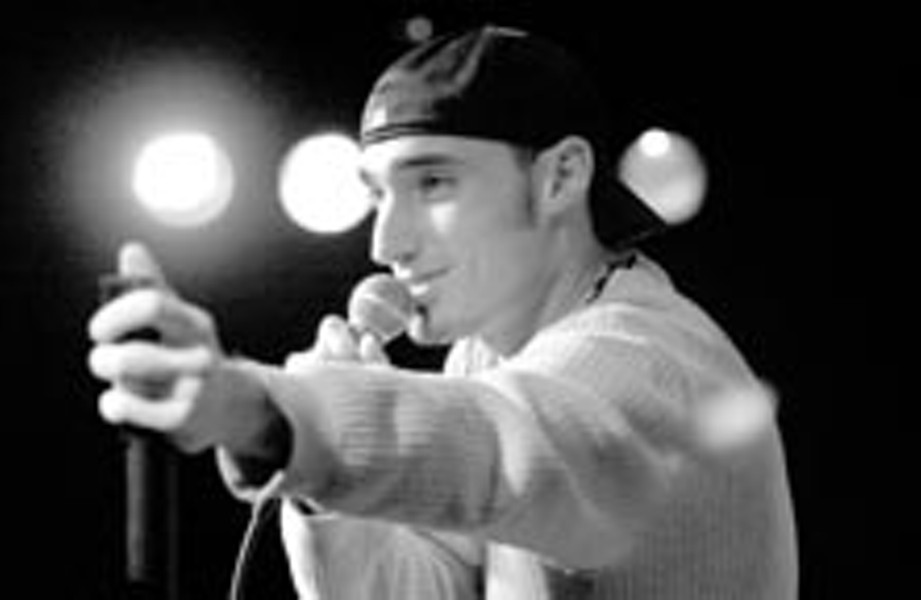 How he deals with tanking: “Silence is cool,” he says. “For a comic, laughter or silence, you gotta be cool with it. When you’re tanking, the thing is, don’t rest.” Cantone takes the high road through the rough patches, which, he says, is part of paying your dues. “You have to let them know that you know that your stuff isn’t funny,” he says. “They have to be comfortable knowing that you’re cool with them not laughing. And that will loosen them up more than anything else.”

Why he chose comedy: After dropping out of college the second time, he was lost. “I didn’t really know what to focus on,” he says. “I got a few crappy jobs. One day I thought to myself, I don’t wanna clock in anymore.” He moved to Tampa, where he started hitting the open-mic circuit. “I spent a year in open-mic hell,” he says. “I started getting a couple of laughs, and I thought to myself, you know what? I can do this. If I put time into it, I can do it. Now it’s like a ladder. You gotta climb it rung by rung.”

What he’s learned from other comedians: Cantone tries to glean something from every headliner that comes through the door. “You get a little tidbit here and there,” he says. “They tell me, enjoy your place. You’re an MC right now. Enjoy it till you’re ready to move on.” He says many seasoned comedians liken him to a newborn. “It’s the most common thing people have told me,” he says. “I’m three years in the game. I’m like a comedy baby. I’m gonna have my good days and my bad days because I’m still growing up.” He says it takes time and many gigs, to figure out who you are onstage. “Every night you get closer,” he says. “When I come to work it’s like I’m going to school. Right now, this is Comedy 101 every night.”

His biggest rock n’ roll moment to date: August 2002, Tampa, Fla. “The Improv there had an amateur comedy contest,” he recalls. “Up to that point I’d worked for crowds of 20 people or less. I’d done it for a year or so. I went in there and there were 12 amateur comics, and I won. There were, like, 300 people in the audience. There was a roar of response. When I walked on stage I couldn’t talk for, like, 10 seconds. It was the biggest club I’d ever seen. That night I was on top of the world. I was like, ‘I’m a rock star. This rocks.’ And then two days later I played for four drunks.” – Dave McCormack