I love working with the actors. The rest of the stuff … the design and all that can get overwhelming. I would be very happy in a little black-box theater. 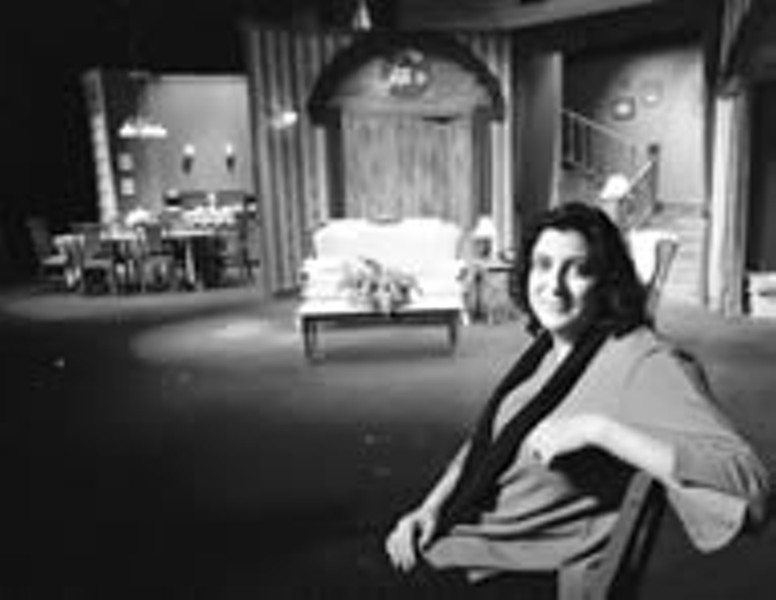 Where you can see her work: In Henrico Theatre Company's "The Last Night of Ballyhoo" at the Cultural Art Center at Glen Allen, Thursday-Sunday through Nov. 24. Call 501-5115 for details.

What she does: By day, Berlin is an attorney with the Federal Court of Appeals, where she helps write proposed opinions for the court's judges. By night, she is an active theater director and sometimes actress. She also does Comedy Sportz, "When I have time … If I ever lost my Palm Pilot I would be in big trouble."

Berlin is having a busy season. In addition to the current run of "The Last Night of Ballyhoo," Berlin directed "Eula Mae's Bait and Tackle" for Richmond Triangle Players in September. She is also working on "Accomplice" for Chamberlayne Actors Theatre, which opens Jan. 27, and in March, will direct the On the Air Radio Players.

What she likes best about directing: "I love working with the actors," she says. "The rest of the stuff … the design and all that can get overwhelming. I would be very happy in a little black-box theater."

Why she likes directing better than acting: "When you're directing, what's up on the stage is your vision," she says. "When you're acting, you're not in control … the only thing you can control is yourself.

"When I direct I get to pick up the play and read it and see the pictures in my head. … Months later, if all goes well, I get to see it come to life. Almost always, without exception, it is better than the way I originally saw it."

How she prepared to direct "Ballyhoo": Berlin began working on "The Last Night of Ballyhoo" ("One of my most favorite plays I've ever read") this summer, by doing research. "It is set during a very specific time in history and is about a very specific ethnic family," she says. The play centers on Atlanta's Jewish society in 1939. "I also looked up old reviews of the play," she says, "… to see what pitfalls the critics thought were in this play."

How she prepared the cast: Rehearsals began the end of September, with the cast meeting four to five nights a week. First, Berlin hired a vocal coach to work with the show's seven actors to help them perfect their accents. She also learned a card game that figures in the story — a version of gin that involves knocking — then taught it to her cast. One cast member had to learn how to knit to fulfill her role. "I wanted them to feel comfortable with these external activities so they could bond with each other," she says.

Because the play "is mostly about the characters' relationships with each other," Berlin worked to develop relationships among her cast. "I like to do a lot of improvisation at rehearsals," she says. "I don't really know if it helps with the show, but what does happen is [the actors] bond because they had fun doing it."

How she feels about opening nights: "I usually feel like I'm going to throw up," she says, laughing. She sits unobtrusively at the back of the auditorium and watches the audience. "I try to get into their heads," she says. "It's good to hear them laugh when they're supposed to. …

"Opening night is all about hoping what you did works the way you want it to work. Very seldom do I give notes [to the actors]. … The show changes once you get an audience, and it's fun to watch it take on a life of its own."