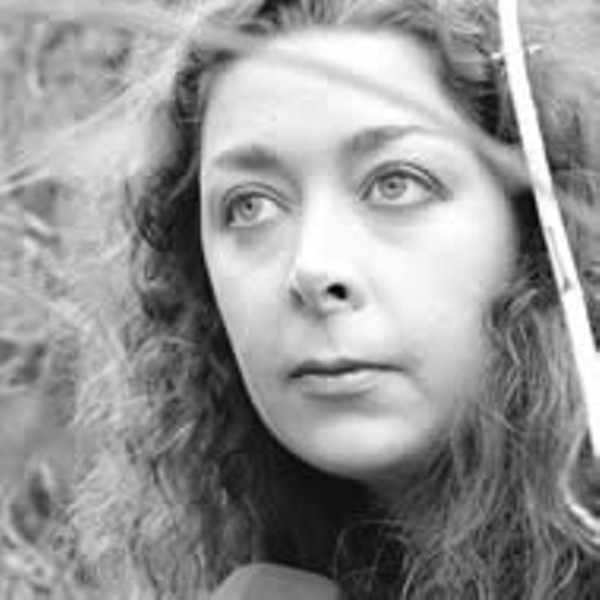 What you will see: Black-and-white landscape images of wild, overgrown places where nature is reclaiming the man-made world.

Why she does not title her photographs: "I don't want to lead the viewer as much," she says. "Not everyone interprets them in the same way. By not titling a photograph it allows the viewer to freely evaluate the image. …

"When people look at my work, they often tell me they have a childhood memory that is sparked by something in the image. Making photographs like this offers a lot for people to identify with."

How she became interested in photography: Azhderian-Kelly began using a camera at age 14 and instantly found she had an affinity for photography. "I started taking pictures so early, that by the time I was out of high school, I felt photography was what I really enjoyed doing," she says. She had tried painting and drawing previously, but neither came easily to her. "Somehow, I picked up a camera and never had to work too hard at making the photographs — not compositionally, anyway," she says.

Where she makes her photographs: The photographs in Azhderian-Kelly's exhibition, her first solo show in Richmond, were made in the southern United States, from Virginia and North Carolina, to Alabama, Louisiana and Texas. "The climate in this area lends itself to this type of foliage of overgrowth," she says.

When she works: In addition to running her own freelance photography business, Azhderain-Kelly teaches photography at both the University of Richmond and Virginia Commonwealth University. She usually will block off a week at a time to make her art. "It's impossible to do this kind of photography in an afternoon," she says. "I will block off four days, drive to a rural area and spend the week just driving around, looking and talking to people. … It's part of what I enjoy — the process of finding these interesting places."

Why she photographs nature: Even before she went to college, Azhderain-Kelly says she was interested in making photographs of "things left behind in nature."

"I started going out and seeing these remnants of what was left behind in the landscape," she says. "… Nature somehow embraced all of these objects and continued to grow. This reclaiming process I continued to see again and again. I seek it out. I find this beauty in the way vines twist around what is left and eventually consume the object. I just think they are so beautiful."

The challenges of photographing in remote, overgrown locations: "Often locals really stop and wonder what you're doing," she says. "If I tell them I think it's beautiful, they think I'm nuts." She used to try to ask permission of property owners but was too often refused, so now she just tries to be discreet and respectful of the land she is photographing.

"Not everyone is welcoming," she says. "It is hard for people to understand why you want to take a picture of a barn that is falling over."

Her equipment: When she entered graduate school, Azhderian-Kelly switched from a 4x5 view camera to a smaller format Mamiya 6x7, which shoots 10 exposures to a roll. She found the smaller camera changed the nature of her work, allowing her to move closer to her subject and to work more quickly. "Setting up a view camera in these settings is very cumbersome," she says. "Some of these places are a little dangerous. … you need to get in there, make the photograph and get out." — Jessica Ronky Haddad